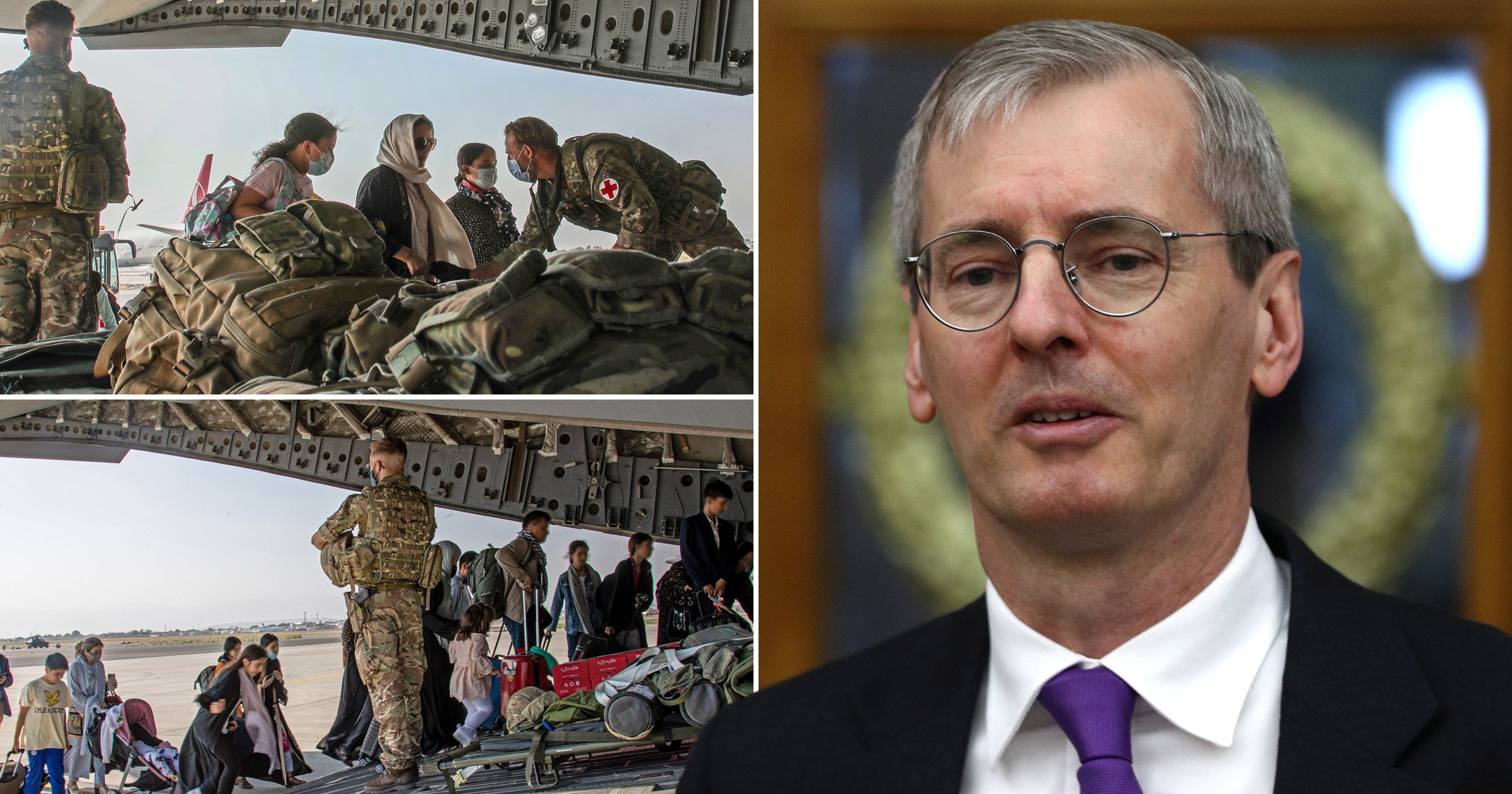 The UK’s ambassador to Afghanistan has been hailed a hero for helping to evacuate UK nationals and and Afghans who worked for Nato forces.

Sir Laurie Bristow, who has only been in the post for two months, has remained on the ground despite the dangers posed by the Taliban takeover.

The Prime Minister’s spokesman confirmed on Monday that Sir Laurie, 57, was working alongside Home Office staff, diplomatic workers, and the armed services, in an effort to smooth over applications.

A diplomatic source told The Telegraph: ‘Laurie Bristow remains in Kabul and is leading the efforts to get UK nationals and those who worked for the UK out.

‘Our focus is on being able to be there to help get people out as long as possible.’

He is said to be prepared to continue processing visas for as long as possible despite fears Kabul Airport – where the last foreign diplomats and personnel are now stationed – could be overrun at any moment.

A number of people have already died while making desperate attempts to escape, including falling to their deaths while clinging to the side of US military aircraft.

A former diplomat added: ‘He deserved to get the job in Moscow, and he had a terrible time there with the Salisbury incident. He managed a very difficult political situation very professionally.

‘I think after that he would have been hoping for one of the big jobs – Washington or New York. But they had gone.

‘Kabul was a job of massive responsibility, and I think he is rising to the occasion very successfully. I don’t think he would have anticipated he would be there for such a short time.’

There has been widespread criticism of American and British intelligence, for failing to predict the speed of Afghanistan’s collapse to the Taliban and for its response to the crisis.

But the Cambridge-educated ambassador, who is married with two sons, was hailed by social media users.

One wrote: ‘Shout out to Sir Laurie Bristow, the UK’s ambassador to Afghanistan, who is still in Kabul processing Visa applications and doesn’t intend to leave until the very end.

‘This is a remarkable act of bravery that will save many lives. Sir Laurie is a true hero.’

Referencing Sir Laurie directly, the PM’s spokesman added: ‘There are people on the ground who can consider visa applications and there are some rules as regards to those who have family members who can be considered, I think, on a case-by-case basis but we have already removed a large number of Afghan nationals under the ARAP (Afghan Relocations and Assistance Policy) scheme and we’ll continue to do so.’