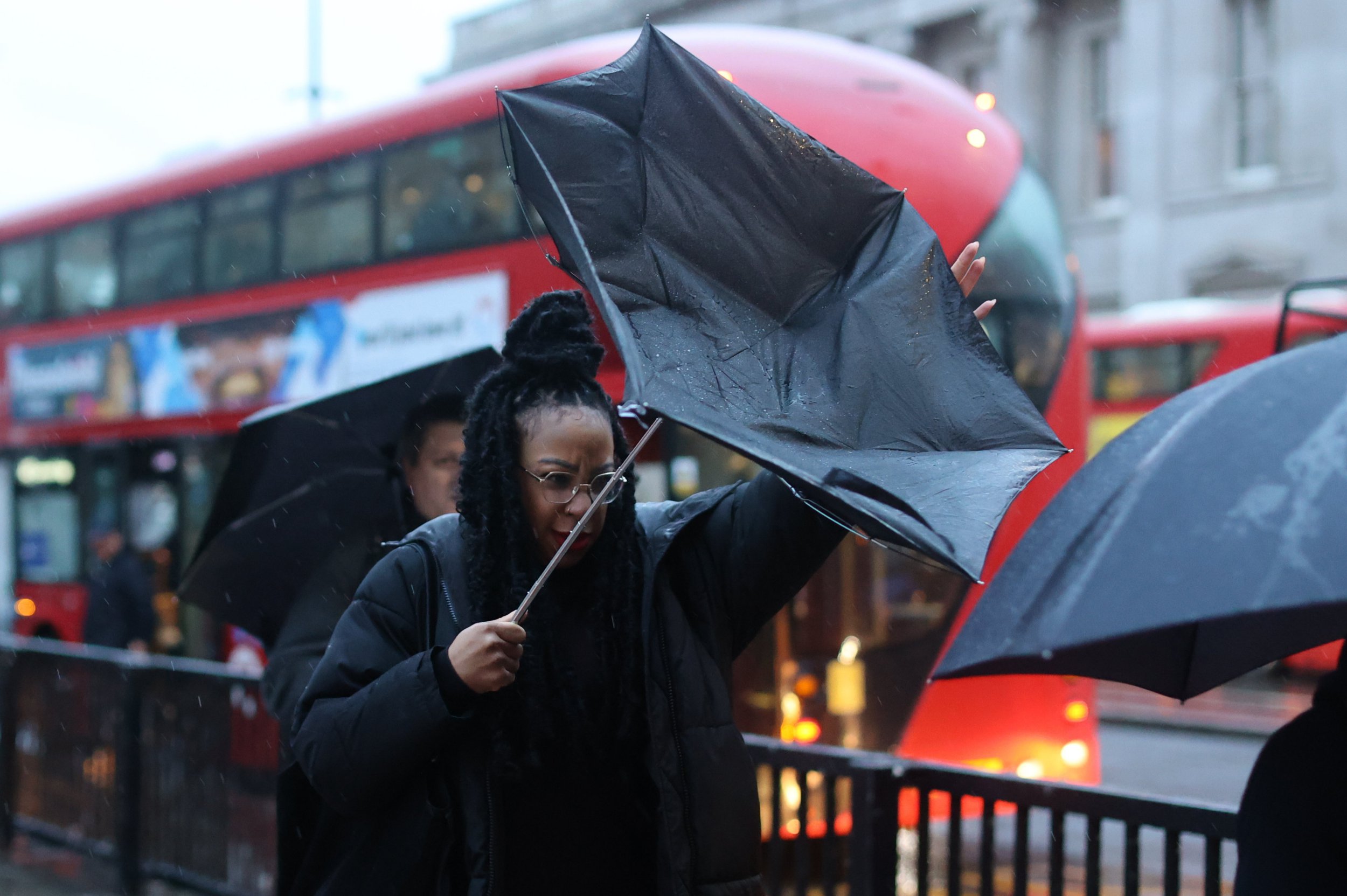 Today is set to be a wet and windy day for many in the UK, with some even seeing the first snowfall of the season.

Strong winds, heavy rain and flooding are expected in a change to the unseasonably warm weather.

Many may be gritting their teeth and switching the heating on despite the cost of living crisis.

There are yellow rain warnings in place until 6pm today across the east of Scotland and the north-east of England.

Meanwhile, an amber rain warning is in place for the north-east of Scotland from the early hours until 3pm.

‘With this kind of rainfall, we are expecting some flooding,’ he said.

‘We have very strong onshore winds and very large waves,’ he added.

‘There may be some disruption to transport, including ferries and the road network.’

He added that yellow warning areas might also see some flooding.

Temperatures would be more typical for this time of year, hovering around 9C to 11C.

Turning to the weekend, Mr Morgan said the weather would be ‘quite clear’ but with a chance of snow.

‘It stays quite clear over the weekend,’ he said.

‘We may see the first snowflakes of autumn over high ground and in the Scottish hills and the Pennines.’

‘There is more uncertainty than usual after Sunday,’ Mr Morgan said.

‘It will probably be pretty unsettled, with some rain at times and possibly quite windy as well.’

First found in Britain and South Africa, Covid-19 variants have been detected across the world