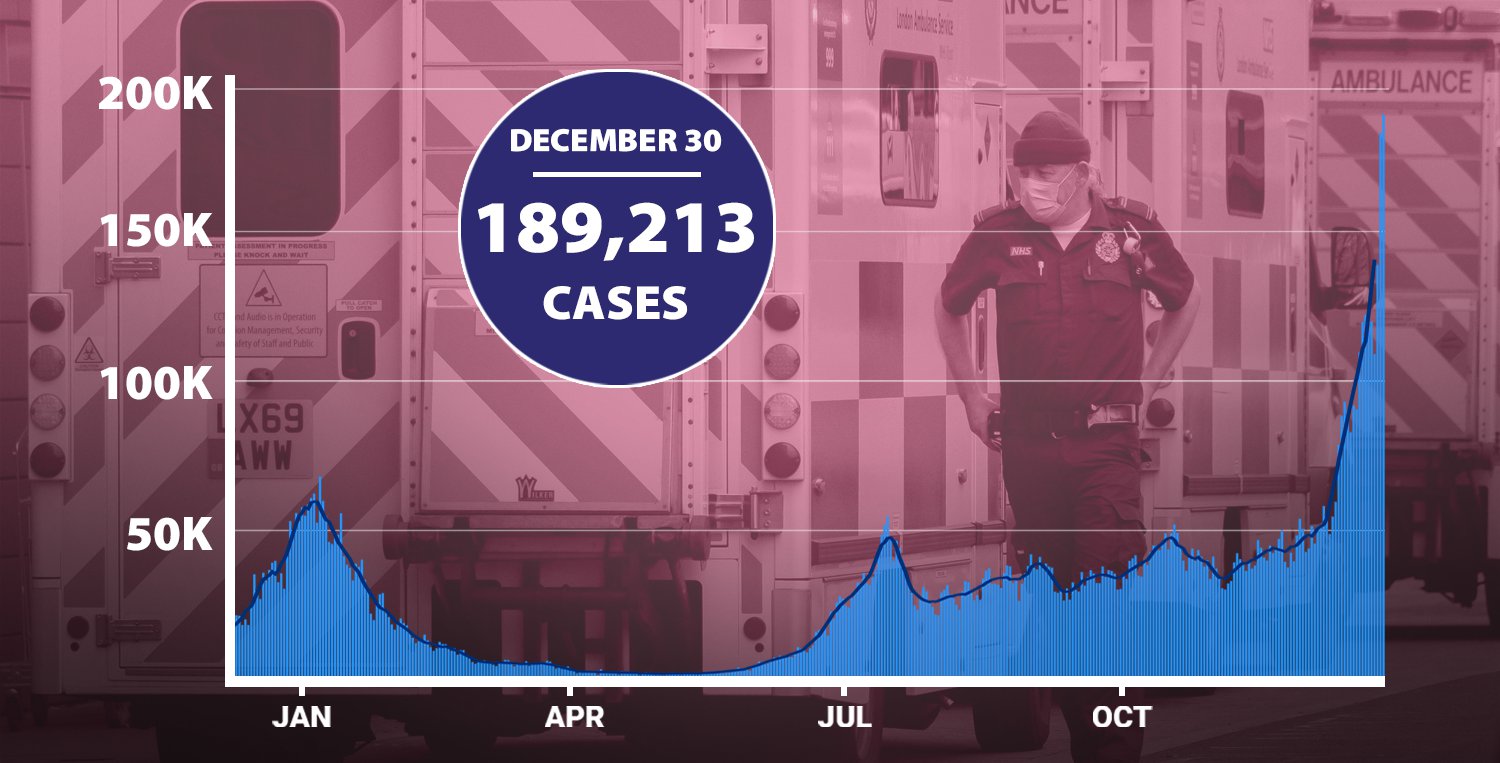 The UK reported another record daily haul of coronavirus cases on Thursday evening.

The 189,213 confirmed Covid-19 infections is the latest record to tumble after a fortnight of unprecedentedly high case totals – while deaths also rose dramatically, to 332.

However, those figures are likely to have been inflated somewhat because of delayed reporting over the festive period – and particularly by a backlog of hospital deaths reported by NHS England from December 24-29.

Yet the latest data shows that in the last seven days alone, some 984,147 people have tested positive in the UK.

NHS England said there were 2,082 Covid-19 hospital admissions on December 28 – a 90% week-on-week rise and the highest number since February 3.

But that is still far below the second wave peak, when daily admissions hit 4,134.

The number includes people admitted to hospital in the previous 24 hours who were known to have Covid-19 and patients diagnosed in hospital.

That is up 61% from a week earlier and the highest number since February 26.

Again, though, the figure is far below the second wave peak, when 34,336 were in hospital on January 18. 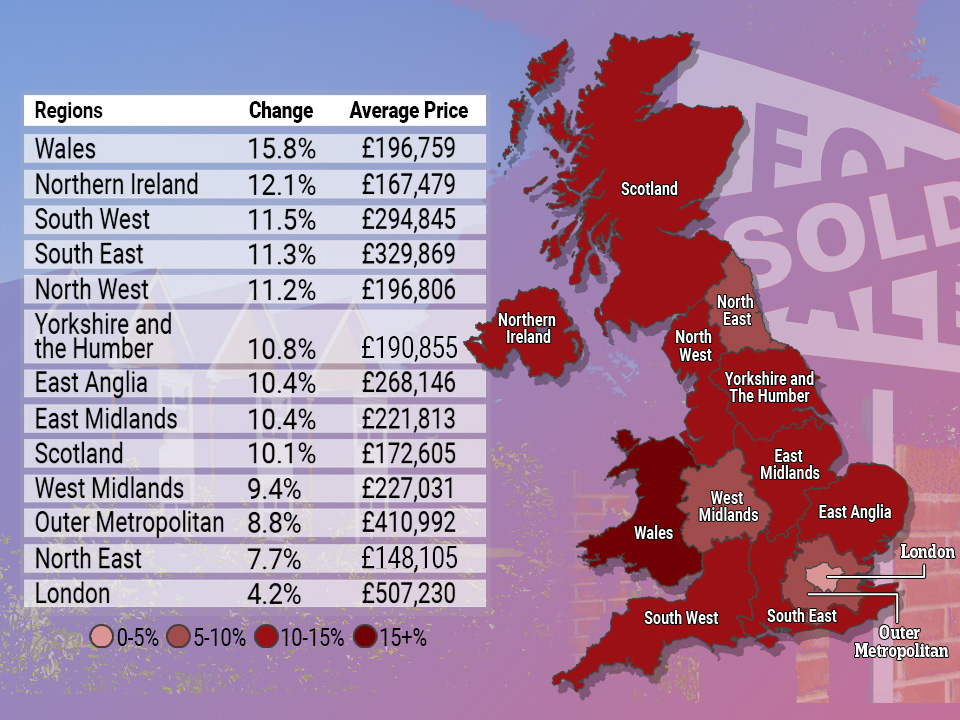 Yet those figures will add to pressure on Boris Johnson to introduce new restrictions in England, to ease the worsening strain on the NHS.

So far the Prime Minister has resisted calls to implement a new Covid crackdown, despite the other nations in the UK and much of the rest of the world doing so.

Meanwhile, daily cases in Scotland also hit a record high for the second consecutive day, at 16,857.

Separate figures published by the Office for National Statistics show there have now been 174,000 deaths registered in the UK where Covid-19 was mentioned on the death certificate.