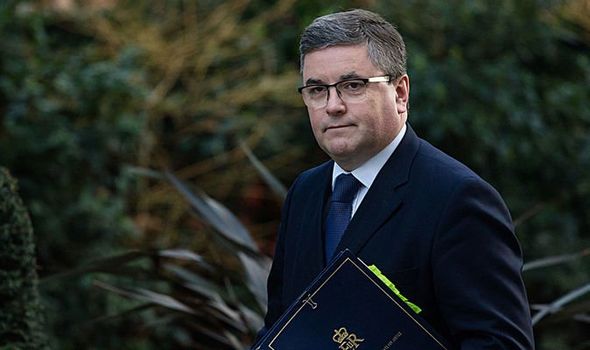 Punishments must reflect the severity of crimes, he said, adding: “We owe it to victims”. Legislation being brought immediately before Parliament to end soft justice will also mean those let out will face strict licence conditions.

Writing exclusively in today’s Daily Express Mr Buckland says: “Time and again I have experienced victims who feel let down. Let down by a system that can allow rapists and violent criminals back onto our streets within a shorter time frame than could possibly fit their crimes.” Today’s legislation – effective from April 1 – will abolish soft touch Labour laws, bringing to an end 15 years of offenders knowing a ten-year stretch for crimes like serious sexual offences really only means five years inside.

More than 90 percent of offenders currently sent to prison are automatically released half way through their sentence, including some of the most serious sexual predators and violent criminals.

The soft current laws were passed in 2005 when Tony Blair was Prime Minister and Lord Falconer was Lord Chancellor.

Mr Buckland, the current Lord Chancellor who is also a QC, writes: “Today I am pleased to announce that from April this year serious violent and sexual offenders will spend more time where they belong – behind bars.

“Never again should the victim of a heinous violent or sexual crime need to worry that their attacker might only serve half of the sentence.”

The new law will apply to sentences imposed on or after April 1. 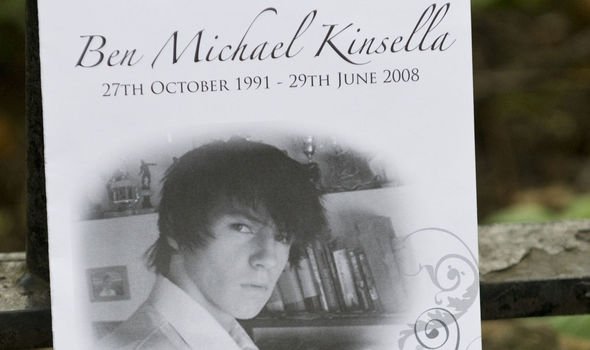 The majority of such offenders jailed for serious sexual and violence are currently automatically released at half way and put on licence for the second half of their term.

In 2018, more than 4,000 standard determinate sentences were imposed for sexual and violent offences.

There were also around 250 extended determinate sentences where an offender only becomes eligible to be considered for release by the Parole Board only from the two-thirds point and can be made to serve the full term in prison.

Convicts who receive life sentences are only ever freed on licence. Some are never released.

Patrick Green, chief executive of the Ben Kinsella Trust, named after a 16-year-old boy stabbed to death in London by three murderers in 2008, said: “I am pleased to see the Government is changing the automatic release dates for prisoners of the most serious crimes.”

The Government has already announced a law change that will mean the most serious terrorists will spend a mandatory minimum of 14 years in prison.

Did Brexit start HERE? How Boris Johnson revealed decision that ‘made EU unfriendly to UK’