Under strict EU Single Market rules that guarantee free movement of goods, no member state can ban livestock being transported across borders alive.

But with Britain finally cutting ties with Brussels at the end of this month, the controversial process will be outlawed.

The Department for Environment, Food and Rural Affairs (Defra) said the plans were part of a renewed push to strengthen Britain’s position as a world leader on animal welfare.

An estimated 6,400 animals were sent to Europe for slaughter in 2018, according to Defra. Many of those left through the port of Ramsgate in Kent.

Previously, EU rules prevented any changes to these journeys, but leaving the EU has enabled the UK government to pursue these plans,” Defra said.

The eventual ban would see Britain become the first country in Europe to end the practice.

Environment Secretary George Eustice said the beginning of a joint eight-week consultation in England and Wales marks “a major step forward” to ending the cruel practice. 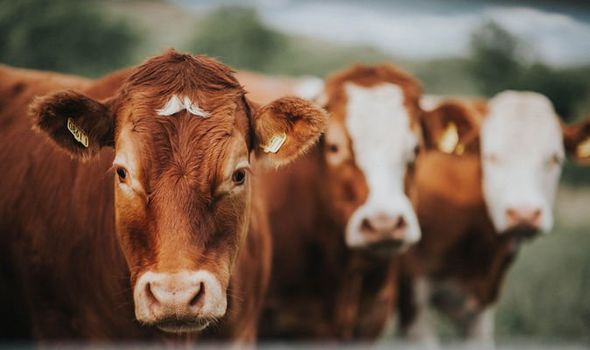 “Now that we have left the EU, we have an opportunity to end this unnecessary practice,” he said. We want to ensure that animals are spared stress prior to slaughter.”

It is understood that the joint consultation will be used as the basis for discussions with Scotland.

However, live exports look set to continue in Northern Ireland which “will continue to follow EU legislation on animal welfare in transport for as long as the Northern Ireland protocol is in place”, according to Defra.

The department added: “The measure on live exports will not impact on poultry exports or exports for breeding purposes.”

The UK exports tens of millions of chicks a year in an industry that was worth £139million in 2018.

Compassion in World Farming’s chief policy adviser, Peter Stevenson, said: “We have campaigned for over 50 years against the massive suffering caused by this inhumane, archaic trade, so this unambiguous proposal is very welcome.”

Princess Beatrice vs Princess Eugenie: How royal sisters are miles apart in romance