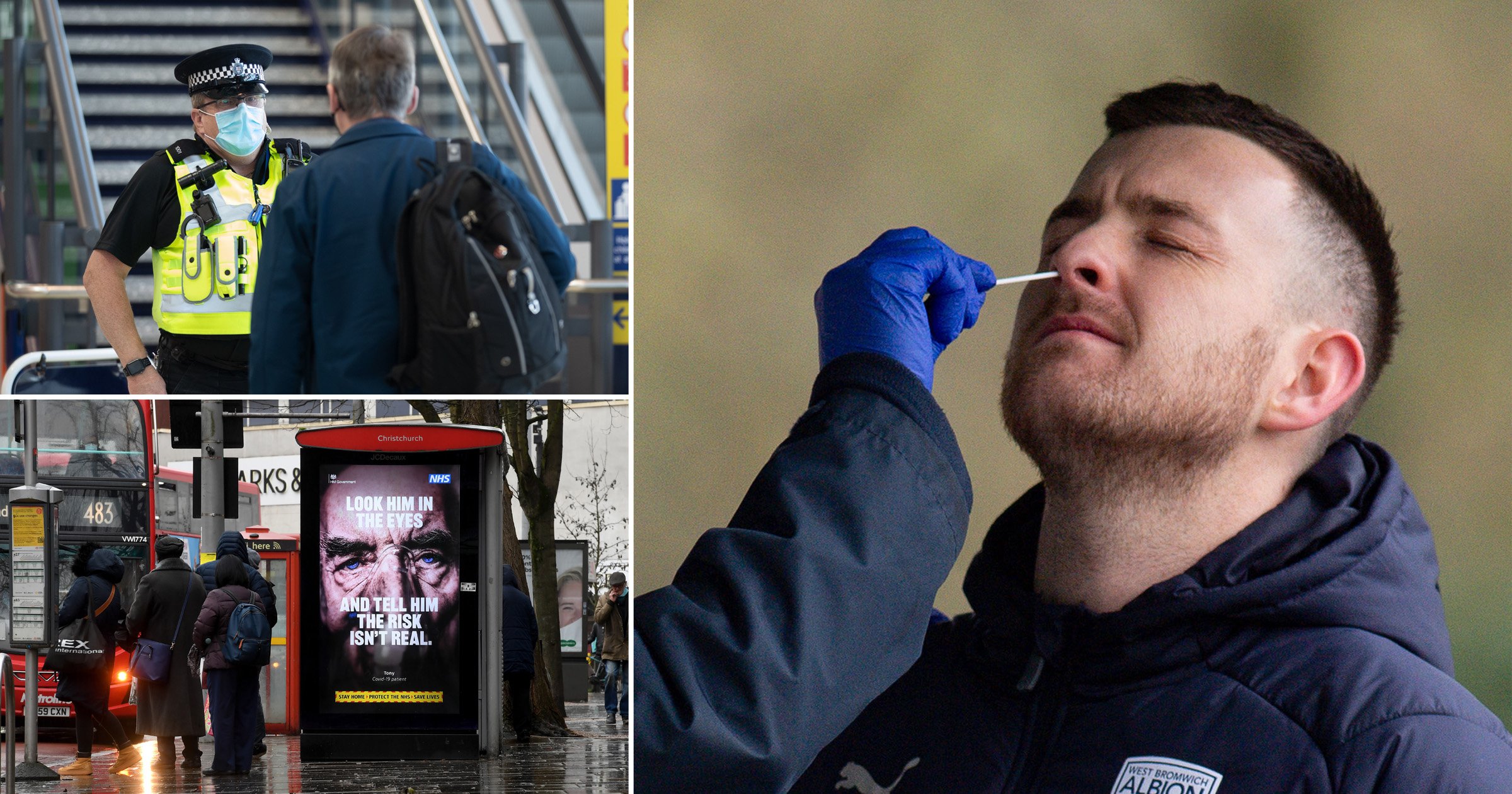 There could be further lockdown restrictions if the South African mutant strain of Covid continues to spread across the UK, a Sage scientist warned today.

Professor Mike Tildesley issued the warning after a study found the Oxford/AstraZeneca jab was ‘less effective’ against the highly infectious variant.

The Sage scientist told the BBC Radio 4 Today Programme: ‘It means that even with high levels of vaccination there will be a lot of people that could potentially get infected and could potentially pass it on and it may mean that more restrictions might be needed for longer if we can’t get on top of this.’

The study of around 2,000 people showed the jab only offers minimal protection against mild disease of the South Africa variant and, due to the young age of participants, could not conclude whether the jab worked against severe disease.

Health minister Edward Argar sought to reassure the public over the jab’s effectiveness, saying Oxford researchers remained confident their vaccine could prevent severe disease for those affected by the variant.

Some 147 cases of the South African variant have so far been identified in the UK, with experts warning these are likely to be the ‘tip of the iceberg’ due to the fact they are the result of random checks on 5% to 10% of all positive tests.

Dr Tildesley said it was ‘very possible’ the South African variant is already quite widely spread in the UK.

He said: ‘The fact we’re starting to see cases in the hundreds, albeit in the low hundreds, means that unless we’ve really got on top of this quickly, I would expect we could see quite a few more cases coming over the next few weeks and possibly quite a little bit more widespread, so it’s a real concern.’

He said ‘surge testing’ currently taking place must be effective to stop the variant spreading widely, but when asked if it may already be quite widely spread, he replied: ‘It’s very possible.’

However, the health minister said Professor Sarah Gilbert, from Oxford, who designed the Covid vaccine, had said ‘there wasn’t anything she could point to that caused her to be concerned that it would not be effective against severe forms of the illness, hospitalisation and death from the virus’.

Mr Argar told BBC Breakfast that dealing with severe disease and people needing to go to hospital was ‘the key thing we are seeking to tackle here at this point’.

He said booster jabs were already being developed to tackle variants, telling Sky News: ‘What we would all expect is every year we have our flu jabs, it would not be unreasonable to suggest something similar here.’

The minister said the virus ‘will always try to outwit us’, adding: ‘We’ve just got to make sure we get ahead of the game and we outwit it.’

‘While it is right and necessary to prepare for the deployment of an updated vaccine, we can take confidence from the current rollout and the protection it will provide all of us against this terrible disease,’ he said.

‘We need to be aware that even where a vaccine has reduced efficacy in preventing infection, there may still be good efficacy against severe disease, hospitalisation, and death.’