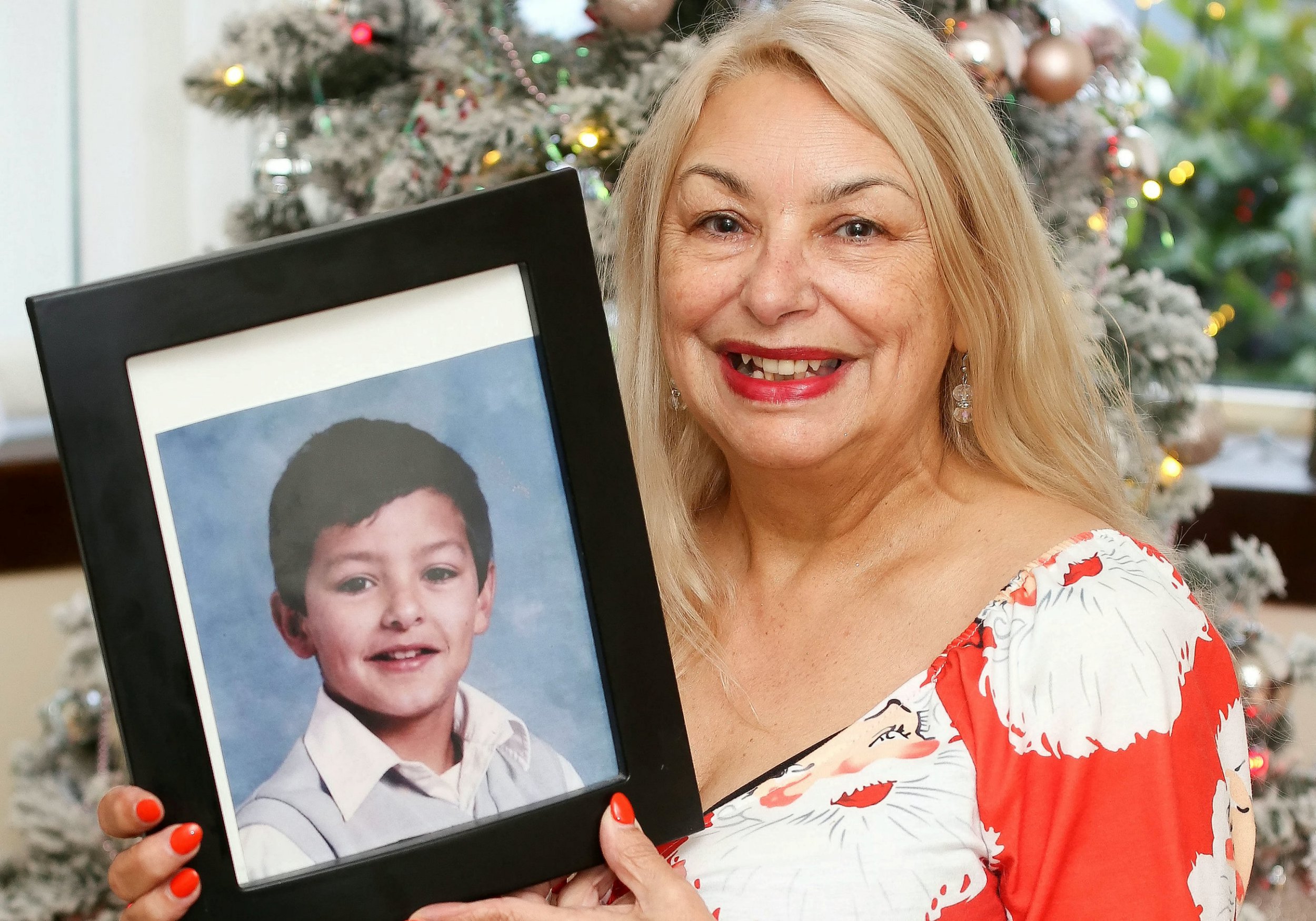 A mum has described finding out her son is alive more than a decade after she last saw him as a ‘miracle’.

Nicholas went hitchhiking around France and Spain in the mid-2000s after losing his job as a joiner and leaving his hometown of Glasgow behind.

He had soon drifted out of all contact and his mum believes he wound up sleeping rough on the streets of Paris for a time.

She reported him missing in 2009 and last saw him a year later after being informed by the British Consulate he was in a French hospital.

After receiving no word in 10 years even through the pandemic, Joyce assumed the worst and even ‘grieved for him’.

But on December 19 another call arrived from a hospital in the south of France informing her that Nicholas was there.

She said: ‘I can’t believe it. I thought with Covid and everything that has gone on, I thought he was dead. I grieved for him.

‘When I got the call to say he was alive I just went into shock. All I did was cry all day.

‘This has just made Christmas for me, especially since my husband died back in June.

‘I’d resigned myself to the fact that he had died. I really thought that and I think everybody thought the same.’

Despite winding up in hospital, his family said he looks healthy after speaking to him over video call.

Nicholas vanished after originally arranging to come home in 2010 but his family were agonised when he didn’t get on the plane.

Joyce recalled: ‘I remember it was pouring rain that day. I phoned every airport to see if he’d gotten on a flight but nothing.

‘We never heard anything again. That was the last I heard from him until Monday.’

Nicholas is now planning to return home, but Joyce is keen to travel over to France to see him as soon as possible.

A Foreign, Commonwealth & Development Office spokesperson said: ‘We are supporting a British man in France and are providing assistance to his family.

‘How low!’ Fury as Republicans seize on Prince George’s birthday to demand END of monarchy