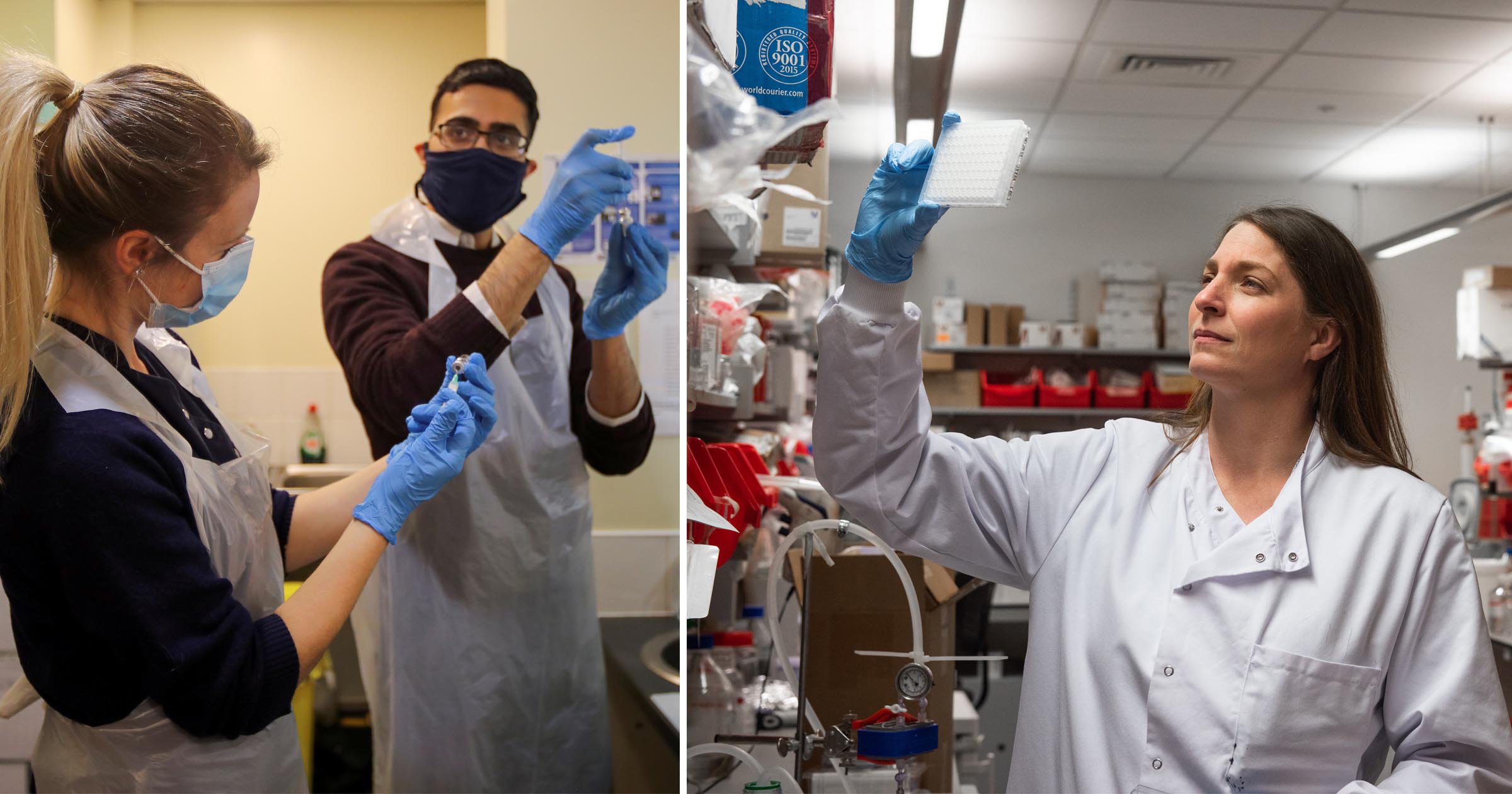 Britain is ready to help the EU out with Covid jabs, the vaccines minister has said.

Nadhim Zahawi says there should now be ‘collaboration’ with bloc, adding that Britain has helped Brussels with production problems.

It comes as the EU backed down in a major vaccines row after threatening to block supplies to the UK, by triggering a clause in the Brexit deal.

Mr Zahawi told The Sunday Telegraph that he is ‘very confident’ of longer-term supplies until the end of March despite the row with Brussels. He added that the focus is now on ‘collaboration’ with the EU, claiming Britain has gone ‘out of our way’ to help the EU with its production problems and ‘will continue to do so’.

Meanwhile, another cabinet minister has said the UK could look to help foreign nations on Covid vaccinations as attention turns to what the country could do when it has enough supply.

It comes after the EU was widely criticised for invoking Article 16 of the Northern Ireland protocol and control exports to the UK after supply concerns to the bloc.

It has now backtracked but criticism for the move has continued to pour in, with the Irish Taoiseach Michael Martin and Labour slamming the EU Commission this morning.

He said: ’I don’t think this is a Brexit issue. This is about making sure that we protect the most vulnerable. It’s a race against death in many ways.’

The vaccine minister pointed to the UK sending engineers to the Halix plant in the Netherlands, which makes the Oxford-AstraZeneca vaccine, to help with supply problems last month, saying: ‘This is about collaboration, which is why we went out of our way to help with the production challenges in Holland that they were facing before Christmas and will continue to do so.’

Meanwhile, international trade secretary Liz Truss has said that vaccine nationalism must be resisted and said the UK could share excess doses with other countries.

She declined to say exactly when, but told Sky News’ Sophy Ridge programme: ‘This is a global problem and we need a global solution.

‘We’re only going to be able to deal with this disease if we get everybody vaccinated across the world.

She added: ‘Of course, we first need to make sure that our population is vaccinated.

‘It’s a bit too early to say about how we would deploy ‘XX’ vaccine, but we certainly want to work with friends and neighbours, we want to work with developing countries because we’re only going to solve this issue once everybody in the world is vaccinated.’

Labour’s Shadow Reeves said it would be responsible to help vaccinate vulnerable people around the world.

Tube pusher jailed for shoving man onto tracks after night out