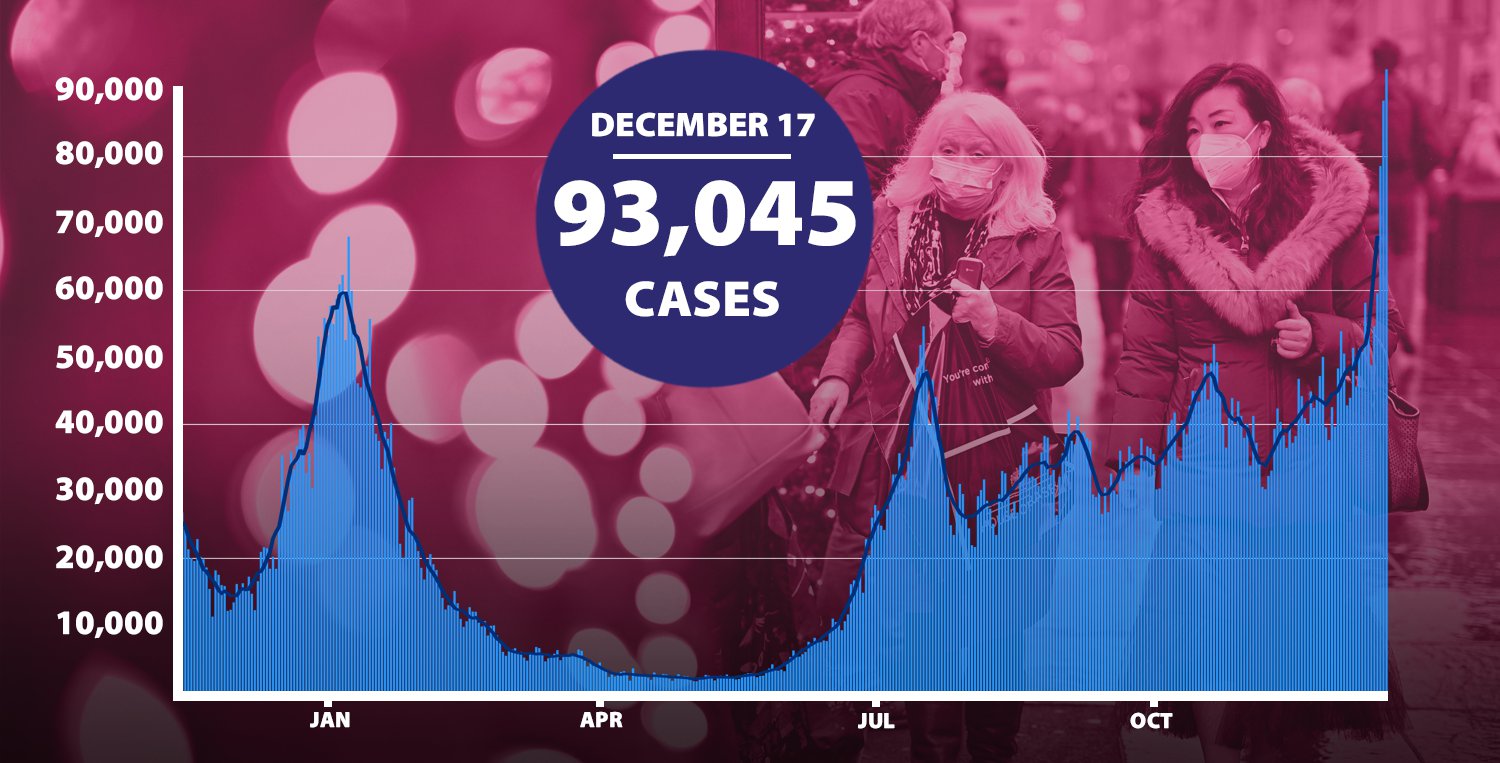 Another 93,045 people in the UK have tested positive for Covid-19 as the daily toll hits another all-time high.

The record was broken yesterday too, when another 88,376 coronavirus infections were confirmed.

To put these figures into perspective, the capacity of Wembley Stadium is 89,000 people.

It comes after Boris Johnson warned the UK was facing a ‘tidal wave’ of cases this winter due to the highly-transmissible Omicron variant.

Today’s government figures show another 111 people died within 28 days of testing positive for the virus – bringing the official UK death toll to 147,048.

However the number of deaths where Covid-19 has been mentioned on the certificate now stands at 170,911.

Earlier today authorities confirmed the number of new Omicron infections in the UK had nearly doubled in one day.

It brought the total number of Omicron cases in the country to 14,909 – but experts warn the true number of infections in the community could be much higher.

This adds to concerns that the NHS could once again come under severe pressure, as figures published yesterday show that hospitals are already 94% full.

Yesterday Professor Chris Whitty, said there is now enough evidence to suggest the new strain is at least no more serious than Delta.

England’s chief medical officer warned it is too early to suggest it is less deadly. During a select committee hearing, he told MPs: ‘It may be slightly milder, it may be the same. We don’t know.’

Meanwhile British researchers have analysed the likely impact having the booster shot will have on Omicron.

Scientists from Imperial College London say it could provide 85% protection against severe illness from the variant.

While the protection from vaccines is a bit less compared to previous versions of the virus, early data suggests a top-up dose should keep many people out of hospital.