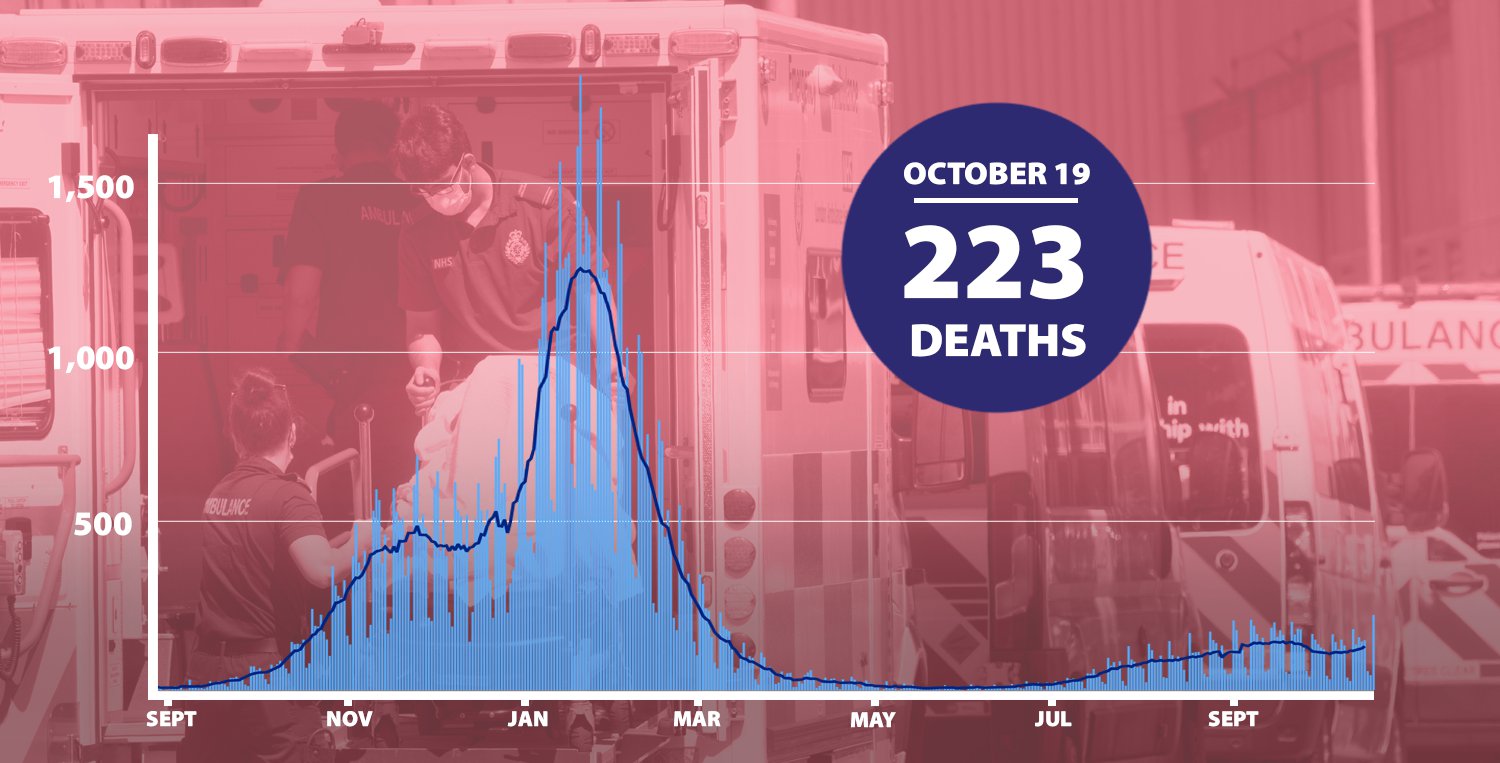 Daily coronavirus deaths in the UK have hit their highest level since March as the infection rate soars once again.

A total of 223 fatalities within 28 days of testing positive for Covid-19 were confirmed today, bringing the weekly toll to 911 – nearly 15% more than the previous week.

It’s the highest daily number since March 9, when 133 deaths were recorded. The UK’s official death toll now stands at 138,629.

However separate figures from the Office for National Statistics show there have now been 164,000 deaths registered in the UK where Covid-19 was mentioned on the death certificate.

This was down slightly from the 49,156 new infections yesterday – which marked the highest daily total since July.

Daily hospitalisations are still far lower than the last peak in mid-January, but they are now at similar levels to early October 2020.

A total of 921 people were admitted to hospital on Friday last week, making a seven day total of 5,937 – up 10% from the previous week.

Boris Johnson has said it is not the time to roll out his ‘Plan B’ of Covid restrictions in England, despite rapidly rising cases.

The set of emergency measures would include a return of compulsory mask wearing, mandatory vaccine passports for indoor venues and a return of the Government’s working from home guidance.

Plan A would see a focus on getting more people vaccinated, including boosters for over-50s and other vulnerable groups.

Unvaccinated Brits are up to nine times more likely to die than those who’ve had both jabs, according to their age.

The Pfizer vaccine will be used as the booster dose for around 30 million people, with experts saying it is safe to be given alongside the usual winter flu jab.

People could be able to get their Covid and flu vaccines on the same day, preferably with one shot in each arm.

The Joint Committee on Vaccination and Immunisation (JCVI), who prepared the advice to ministers, said people should receive their third booster dose at least six months after they received their second dose of a Covid vaccine.