Tier 4: Matt Hancock on chances of restrictions being lifted

Offical data has shown the number of COVID-19 cases in Britain surged by the highest daily rise since the start of the pandemic. There were also 326 deaths within 28 days of a positive test, lower than the 534 recorded on Saturday. The Government has toughened restrictions in London and southeast England to try to curb the spread of a new, fast-spreading variant of the virus

The figures were recorded for the seven days to December 16 and are based on tests carried out in laboratories (pillar one of the Government’s testing programme) and in the wider community (pillar two).

She said: “Most of the new cases reported today are concentrated in London and the South East, although it is too early to tell if this is linked to the new variant.

“What we do know is that the way to control this virus is the same, whatever the variant.

“It simply will not spread if we avoid close contact with others.” 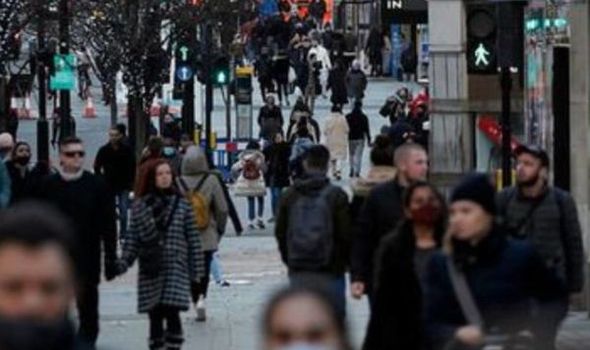 It comes as figures from PA also revealed the latest week coronavirus rates for local authority areas in England.

Thurrock has the highest rate in the country after seeing the largest week-on-week jump in England, with 1,841 new cases recorded in the seven days to December 16 – the equivalent of 1,056.0 cases per 100,000 people.

All these areas are in the new Tier 4 announced by Prime Minister Boris Johnson on Saturday.

Working from home is losing its effectiveness, bank execs say
We and our partners use cookies on this site to improve our service, perform analytics, personalize advertising, measure advertising performance, and remember website preferences.Ok