Water companies have warned reservoirs are struggling to keep up with nationwide heatwave demands. Such are the pressures providers are facing that they could be forced to restrict usage in case there is not enough rainfall in the coming weeks.

Thames Water, which supplies London and large parts of Oxfordshire, Wiltshire and Gloucestershire, did not rule out a ban.

A spokesperson said: “While we’re not currently expecting to need to introduce restrictions on water use this summer… If we do not receive around or above average rainfall in the coming months this will increase pressure on our resources.

“It may indeed result in the need for more water saving measures including restrictions.”

A spokesman for Southern Water, which supplies parts of Hampshire, West Sussex, Kent and the Isle of Wight, said the amount of water used by its customers had risen by “hundreds of millions of litres” during the recent spells of extreme heat. 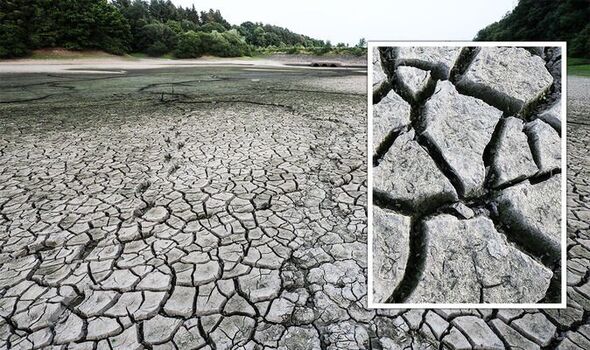 He said: “We do not anticipate a temporary use ban across the whole region. However, it is increasingly likely we will require extra measures in certain areas where water is scarcer and the pressure on supply is greatest, such as Hampshire and the Isle of Wight.”

While stressing it wanted to keep “disruption to a minimum”, Southern Water urged customers to “use water wisely at all times”.

Bans are dictated by local water supplies and anyone caught using a hosepipe could be prosecuted and fined up to £1,000. 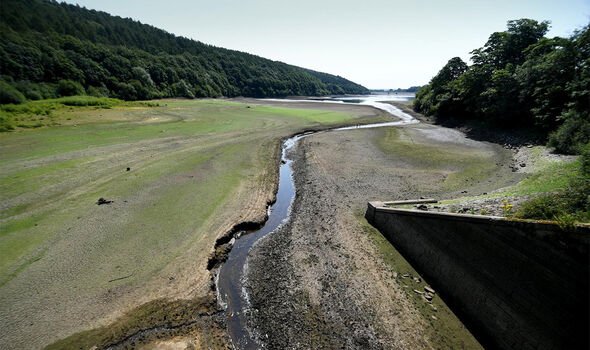 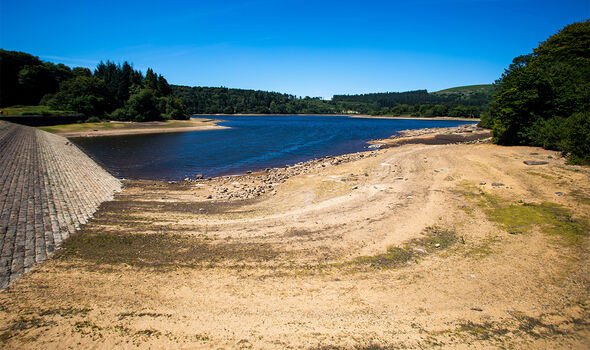 In Edgworth, Lancashire, Wayoh Reservoir is normally full to the brim with 500 million gallons of water. It supplies around 50 percent of the drinking water to nearby Bolton, but water levels have receded so much that it now appears bone-dry in parts.

Lindley Moor Reservoir in the Washburn Valley seems dry in photos, too, while the water level at the Burrator Reservoir in Devon appears significantly low.

The shocking images came as the UK recorded record-breaking temperatures.

Thermometers hit 40.3C at Coningsby in Lincolnshire – one of 34 locations to surpass the previous high of 38.7C, set in July 2019.

Heathrow Airport was the first place to break the 40C mark, hitting 40.2C at 12.5pm. However, as of 4pm, several other spots had also passed it. 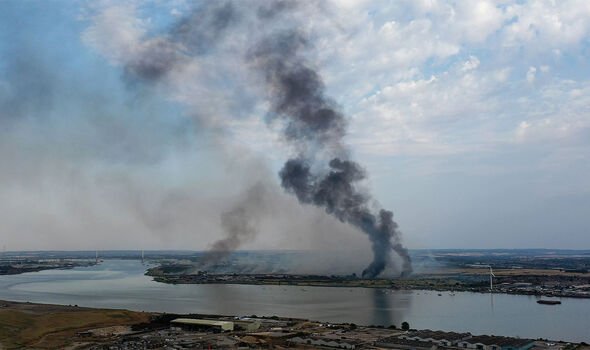 The London Fire Brigade (LFB) declared a “major incident” in response to a surge in blazes across the country, with at least 10 major fires sparking chaos in the capital.

Hundreds of crews have been tackling fires across the city, while all trains were suspended between London Euston and Milton Keynes due to a lineside fire that erupted when overhead electric cables came down in Harrow.

Rail operator c2c said it had closed the line between Ockendon and Upminster due to a fire near the line in east London, while the A40 was closed in both directions due to a fire at Northolt in west London.

The two days of extreme temperatures prompted the Met Office to issue a red extreme heat warning, which means the extreme weather could lead to “serious illness or danger to life”, for the first time.

Spokesman Grahame Madge said: “We’ve just issued a red warning for extreme heat for Monday and Tuesday which is the first such warning ever issued.

“This is potentially a very serious situation.”

The warning expires at midnight.