Britain is currently facing one of the worst cost of living crunches in living memory, with inflation at a 30-year high, energy bills soaring, the cost of petrol through the roof, and food inflation at a 13-year high. The current pinch on households marks the biggest hit to incomes since records began – now, data from the Organisation for Economic Co-operation and Development (OECD) has shown that, despite the worsening crisis, Britain has followed a pattern over two decades which leaves it as one of the less favourable places in the world for wage increases.

The data, gathered and analysed by software company Mitrefinch, shows that, despite minimum wage and the average salary increases for Britons in 2020, the nation remains one of the worst in the world for wage rises over time.

According to the figures, which looked at 35 countries’ wage increases between 2000 and 2021, the UK ranks in 20th place, falling behind European nations including France, Ireland and Poland, as well as global competitors including the United States and New Zealand.

The data shows that, over the past two decades, the average salary in Britain has risen 20.37 percent, compared to the likes of Latvia, which saw a staggering 147.91 percent increase over the same period.

Falling behind the UK, however, are nations like Germany, with an 18.38 percent rise in average wage, and Italy at just 3.11 percent.

Greece and Portugal are the only two countries on the list with declining average salaries over the reporting period, with -2.48 and -3.20 percent respectively. 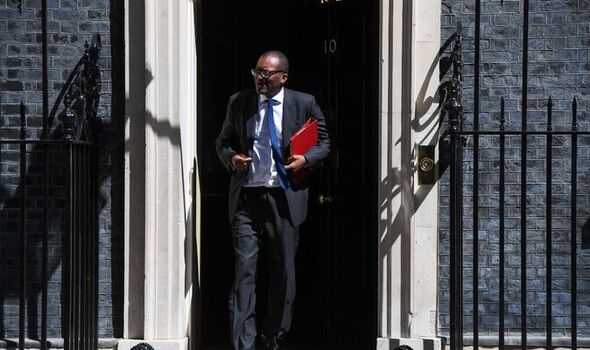 Discussing the OECD data findings, Julie Lock, Commercial Director at Mitrefinch, said: “The pandemic has meant financial worries for employees across the UK have amplified, with many concerned about losing their jobs or facing pay cuts.

“Many companies have implemented pay freezes over the past year, meaning employees have had to wait longer to receive a pay rise or promotion than they normally would have.

“The data shows us that although employees across the UK are benefiting from one of the highest hourly minimum wage rates, the increase of both this rate and annual average salaries for full-time employees has been slow in comparison to neighbouring countries.”

Britain fares slightly better, however, on the full hourly minimum wage ranking, coming in 15th place with an increase of 48 percent since 2001 for workers.

However, with costs soaring across the nation in the wake of the Covid pandemic and the war in Ukraine, there is increasing concern about the uptick in real-term poverty in Britain.

Prices overall are continuing to rise at their fastest rate in decades, with UK inflation at 9.1 percent, the highest level since March 1982.

Data published by the Office for National Statistics (ONS) last week show that nearly half of all adults surveyed bought less food in the past fortnight owing to higher costs.

The ONS also said the price of food was the most common reason why those surveyed were seeing a rise in their monthly expenses overall.

Helen Dickinson, chief executive of the British Retail Consortium, said: “Many customers are buying down, particularly with food, choosing value-range items where they might previously have bought premium goods.”

Further data, published by Ipsos Mori from a survey conducted between May 11 and 22, reported that 88 percent of adults said their cost of living had increased in the past month.

Here again, the biggest contributing factor was food prices, where 93 percent of those surveyed reported an increase.

And worse is forecast to come, with the Bank of England expected to raise its peak inflation prediction for October to over 11 percent – which will coincide with a further increase in energy prices.

Speaking on the crisis last week, Paul Scully, Under-Secretary of state for small business, consumers and labour markets, told Sky News that the Government was unable to help everyone affected.

He said: “We are trying to do everything we can to tackle the cost of living issue. This is a global situation.

“We have got to do everything we can to weather that storm.”

Although he highlighted the support provided by the Chancellor, including the lifting of the threshold at which employees start to pay national insurance and cash for households to help with energy bills, Mr Scully warned: “The Government can’t solve every problem.

“It will not be able to save every business and work with everybody’s individual costs but we will do everything we can within the remit of keeping public finances tight as well.”

The Labour Party, however, has accused the Conservative Government of manifesting the crisis through tax rises and poor policy.

On Monday, the party launched “Labour’s plan to tackle the Tory cost of living crisis, tweeting: “The Tory government are sitting on their hands while working people are being devastated by the cost of living.”