UK viewing habits are rapidly shifting with around half of homes now subscribing to TV streaming services.

The number of viewers signed up to the most popular platforms – Netflix, Amazon Prime Video, Now TV and DisneyLife – increased from 11.2million in 2018 to 13.3million in 2019.

The top streamed programmes in the UK were Friends and You, both on Netflix, and The Grand Tour on Amazon.

Ofcom found that while traditional viewing still amounts for 69% of TV watching time, that figure is rapidly declining.

The shift was most pronounced among 16 to 24-year-olds, whose viewing of traditional TV has halved since 2010.

The research also found that two in five adults now consider online video services to be their main way of watching TV and film.

Yih-Choung Teh, group director for strategy and research at Ofcom, says a move away from traditional TV could mean we watch less home grown content.

Mr Teh said: “In seven years streaming services like Netflix have grown from nothing to reach half of British homes, but traditional broadcasters still have a vital role to play.

“Our research shows that viewers really value their brilliant UK programmes which the streaming giants struggle to match… viewers tell us that they really love this content as it reflects their lives…and so one concern is that we will see less of that content on our screens unless we look to sustain that and the benefits of it in the future.”

Another concern is that online viewing habits could make it harder for parents to control screen time.

For the first time young people now spend more than an hour on YouTube a day. 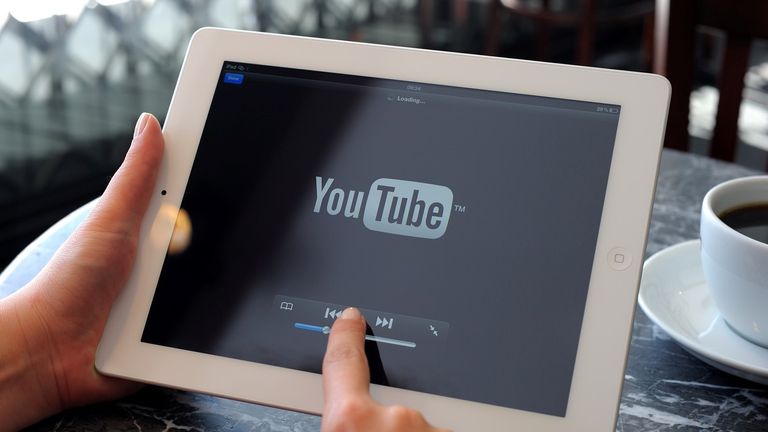 Olivia Turner, a mother, told Sky News she “worries” that watching content online makes it harder for her to control her children’s viewing habits.

Ms Turner said: “I let (my son) use YouTube in his room on my account so I know what he’s watching, but online streaming is always going to be a concern for parents… you just have to limit it I think every day if they have too much then their brains will just go to mush.”

The family of six (and six dogs) post videos online of their everyday lives, and father Jonathan says online streaming has changed their lives.

“It’s crazy you know and somehow we picked up four children and six dogs along the way as well… for ten years we’ve been making YouTube content so we’ve seen from when YouTube was a platform for filming cats to turn into a huge thing.

“We watch traditional shows that everyone else watches, but how we consume them is that we watch them on a smart TV or we watch on apps, we don’t actually have connection to a TV service here but we do watch those things on the internet… with our children they watch iPads a lot, they watch smart TV, they’re pretty much the same things that’s on traditional TV but they watch it on different devices, so I don’t think the future is no more TV – it’s just a different way of viewing it.”