About 1,600 homes are still without power 10 days after Storm Arwen, with forecasters warning of more bad weather hitting the UK in the next 24 hours.

In its most recent update, the Energy Networks Association said it had reconnected 99% of the properties which lost power due to damage caused by Storm Arwen but a number of homes mostly in the North East were still without electricity. 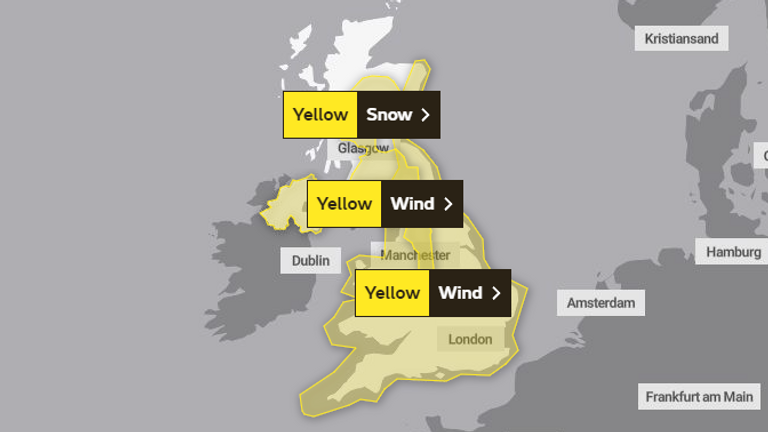 “Some homes in the area served by Northern Powergrid remain without power.”

In its latest update at 9pm on Sunday, Northern Powergrid said the number still affected as a result of Storm Arwen was “down to 1,600”.

The company said it remains “hopeful” that the work “we have in front of us” will be completed on Monday or Tuesday.

It comes as yet another storm – named Barra by the Irish Met Office – is expected to hit the UK on Tuesday.

While the west of Ireland will receive the worst of the storm, yellow wind weather warnings are in place across England, Wales and Northern Ireland.

Yellow snow warnings are also in place in southern and western Scotland.

Forecasters warned that gale force winds of 45-50mph on Tuesday and into Wednesday could hamper ongoing efforts to reconnect power to the remaining homes. 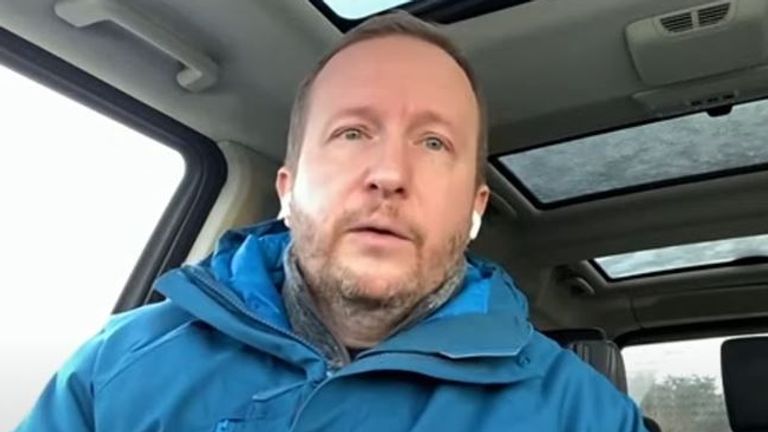 ‘We’re starting to get tired now’

Jonathan Strutt lives in Kirkheaton in Northumberland and his household has been without power for 10 days.

He told Sky News: “We’re a pretty resilient community. But I think the community, the businesses here and the frontline workers up here are starting to get tired now.

“It’s a long time, obviously, to go without power and vulnerable people in the village are having to struggle to make their way through, get heat and stay together with it.

“We’ve only recently just got support from the army, which is fantastic, it’s great to see them here.”

He said the “communications and the response” from Northern Powergrid has been “too little, too late,” but emphasised “we really appreciate the engineers – they are working incredibly hard in these freezing conditions”.

Mr Strutt added: “We need communications, we need accurate information so that we can plan and make sure that we are protecting vulnerable residents and so we can get the economy in this village ticking again.”

Amid ongoing anger over the government’s response, he called for politicians to “put pressure” on Northern Powergrid to ensure they are “increasing the manpower that they have got up here” in an effort to reconnect all properties.

What is your risk of dying from coronavirus? New calculator claims to tell you