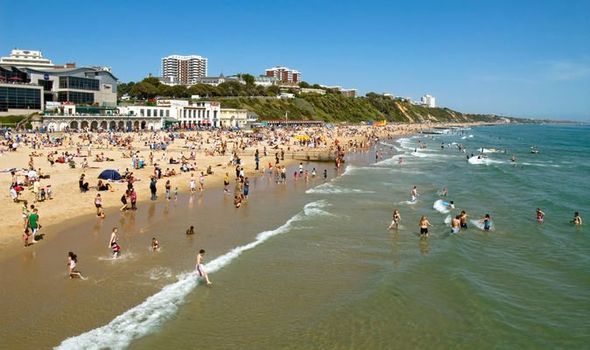 The blast of heat will peak this afternoon, with London and parts of the south east the warmest, as a three-month heatwave kicks off. Next week will see a “heat dome” descend on the UK, caused by warm air coming up from Europe, but forecaster have warned this weekend will bring heavy showers. Meteorologist Steven Keates at the Met Office said: “Today will have the highest temperatures. This afternoon, it’s quite likely we will see 27C.

“In comparison to our European friends, say in Lisbon, it is only about 22C.

“On Wednesday it will be pleasantly warm with temperatures around 25C or 26C in the south east.”

But the balmy conditions will not last the length of the week and rain and thunderstorms are predicted before the weekend, which could affect travel conditions in parts of the UK.

Mr Keates said: “There’s lots of rain on the way over the next few days for parts of Scotland, Ireland and in the west of England and Wales. 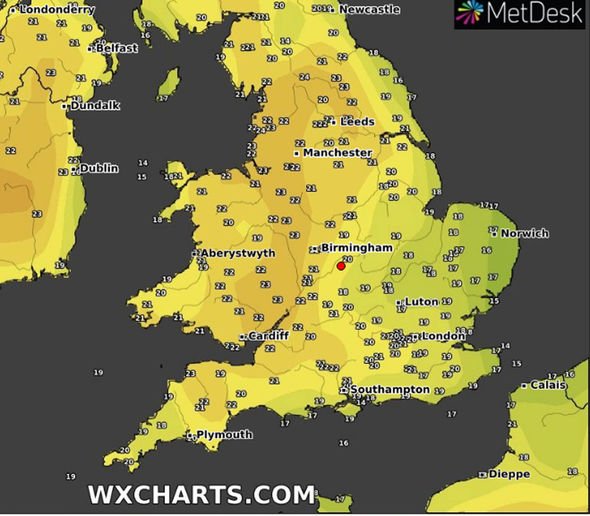 “Rain in the south west will be the first rain that one of us will have seen for a few weeks.

“On Friday and Saturday there will be more rain and quite strong winds coming across the country.”

Next week temperatures are set to skyrocket to the early 30s just in time for the beginning of summer holidays for schoolchildren across the country.

Mr Keates said: “There is the potential for something a bit warmer next week. It should last at least a few days. 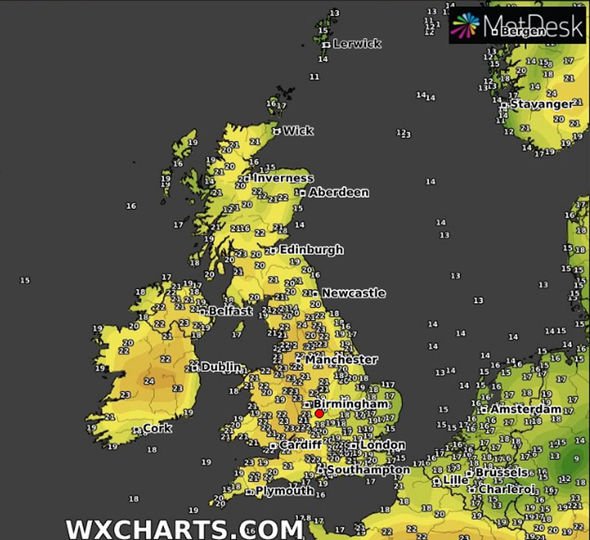 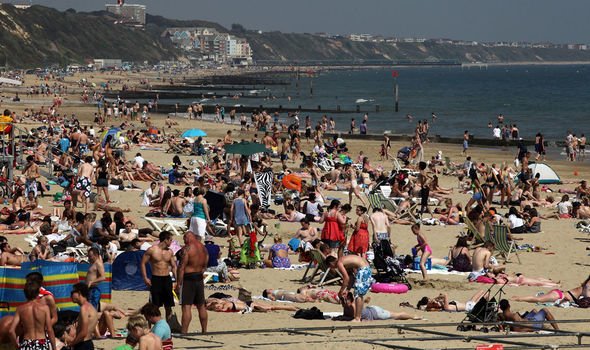 “The greatest chance of seeing those high temperatures will be in the south.”

The Met Office said above average temperatures are expected until September.

A series of “mini heatwaves” have been predicted to hit the UK over the course of the next three months.

Forecasters said climate change had led to an “increased likelihood of warmer-than-average conditions” expected over the coming months.

Meghan Markle co-star’s horror after kissing photo revealed: ‘What the hell is going on!’