UK bakes in latest heatwave with drought looming for some areas

A climate scientist speaking to Express.co.uk has issued a stark warning that the UK is set to experience more intense and more frequent natural disasters as a result of the “climate breakdown”. There are some solutions to mitigate the worst of these weather events, however, the UK needs to prepare now, warned Dr Bill McGuire.

He said: “Wildfires represent just one aspect of the extreme weather that is becoming increasingly obvious.

“Global heating is translating into extreme weather far faster than predicted, and the meteorological mayhem arising from a global average temperature rise (since pre-industrial times) of not much more than 1C is extraordinary.”

Dr Bill McGuire is Professor Emeritus of Geophysical and Climate Hazards at University College London and author of the book HotHouse Earth, an Inhabitants Guide.

He said that it was becoming clear that the world would not be able to reach its climate goal of keeping global heating below 1.5C – something which would require a 45 percent cut in greenhouse gas emissions by 2030.

He added: “This will bring not only more wildfires but heatwaves and drought conditions far worse than we have experienced this year, alongside more powerful and damaging winter storms, extreme rainfall and major flooding.

“We may even get bouts of extreme winter cold, as destabilisation of the jet stream, which keeps Arctic air in the Arctic, sees it plunging south across the UK.” 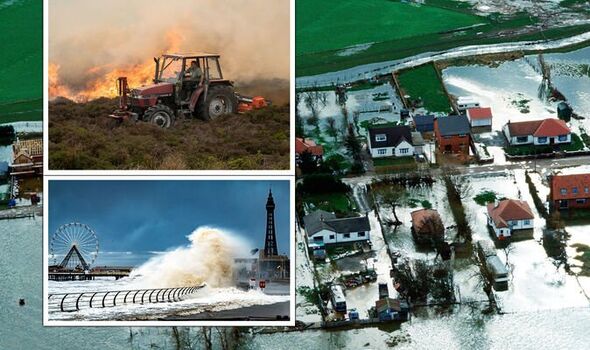 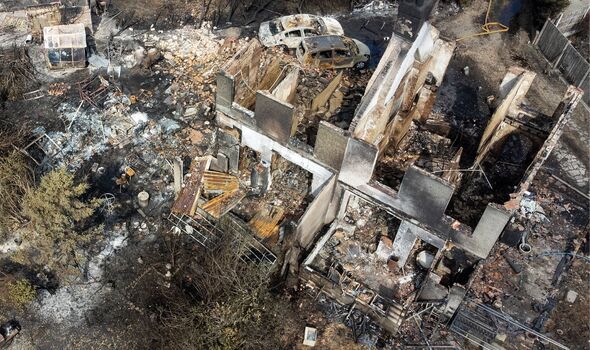 These deteriorating conditions were close to “unavoidable” and therefore the UK needed to prepare and adapt, according to Dr McGuire.

This could include an end to building on floodplains, reforesting flood-prone areas and even the “reintroduction of more beavers” to help avoid “devastating and lethal” floods, according to Dr McGuire.

In addition, he said Brits need to insulate their homes to prevent them from becoming “unliveable ovens” during increasingly hot summers.

This new reality will also require an overhaul of British infrastructure, with major upgrades required, according to Dr McGuire. 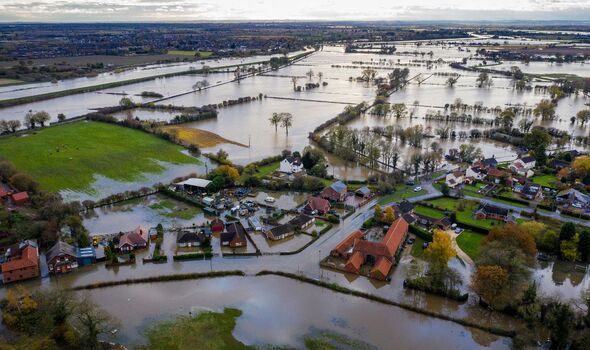 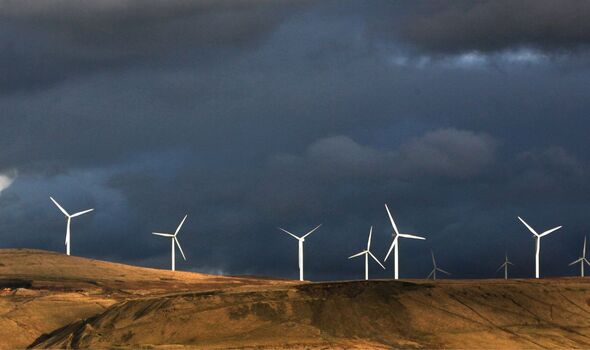 He said: “Energy, transport, water and communications infrastructure will need to be upgraded, with redundancy built-in if we are to have any chance of avoiding power blackouts, failure of mobile phone networks and serious interruptions in the transport system.

“On top of all this, it is even more vital that our government – and those across the world – act to slash emissions as quickly as possible.

“This is the only way of stopping dangerous climate breakdown metamorphosing into a climate cataclysm that will bring society and economy to its knees.”

Other climate scientists have echoed Dr McGuire’s concerns. Several scientists claimed that no matter what is done “historical emissions” of greenhouse gases will see extreme weather get worse over the coming decades.

Professor of Metrology at the University of Reading Nigel Arnell told Express.co.uk that the wildfire danger will increase “regardless” of a cut in greenhouse gas emissions. 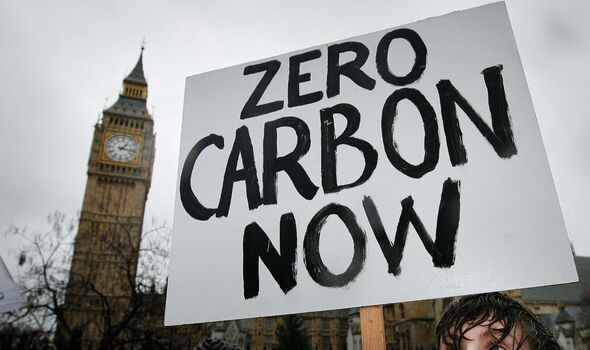 He said: “Wildfire danger will increase over the next couple of decades regardless of what we do to emissions because we are already committed to some [climate] change.”

However, he warned that cutting greenhouse gas emissions was the only way to prevent further climate risks.

Similarly, Dr Matthew Jones, a climate researcher at the University of East Anglia, told Express.co.uk: “The world has already warmed by about 1.2 C as a result of historical emissions of CO2 and other gases since the 18th century.

“These historical emissions have already committed us to more frequent and extreme droughts and heatwaves, and ultimately more fire-prone conditions.”

The UK plans to become carbon net-zero by 2050, however, scientists are urging the world to act quickly to avert a “climate cataclysm”.

Decorated rat retires after clearing 31 football pitches worth of mines