Britons could be facing severe disruption to any New Year’s Eve festivities as more wintry chaos looks set to move in for the turn of the decade. As we approach 2020, so too will torrential downpours and fast winds approach inland and across much of the UK in a chaotic turn for the worse.

According to weather maps, powerful winds and dense rain can be seen to be slowly moving across the UK in the next few days after a milder than usual Christmas period.

Stormy weather is unpredictable, and though New Year’s Eve is just a few days away the weather system could change dramatically.

However, the the New Year could be a washout for much of England and Wales should the predictions come to fruition.

According to the Met Office, the UK can look forward to a period of unsettled weather. 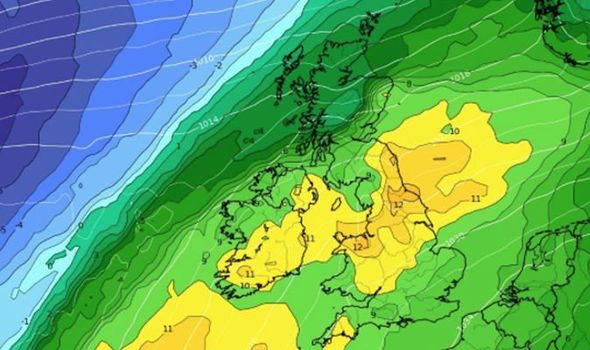 It said: “Towards the middle of next week, it looks to remain rather unsettled for a time as bands of wet and windy weather across the UK.

“Gales are possible at times, especially across Northern and Western parts.”

There are currently 34 flood warnings in place with a further 115 flood alerts issued by the Environment Agency.

Parts of the UK have already experienced a complete washout, in particular the north of England which has seen severe floods hit earlier this week. 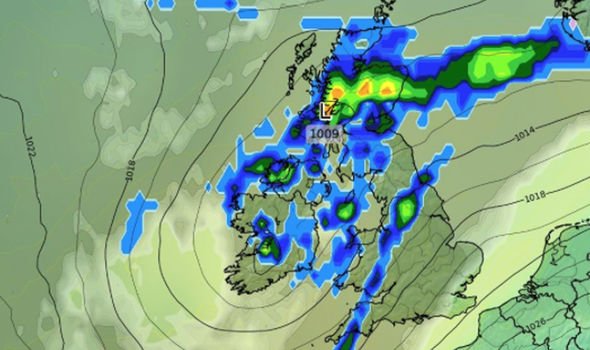 Specifically, groundwater in north Lincolnshire rose abnormally high, leaving many wit flooded homes and shops, with people unable to use their vehicles to escape the water.

Looking forward to early and mid January, the Met Office warned that more rain and wind is to dominate the weather.

It predicts a “northwest split” with changeable conditions through the middle of January. 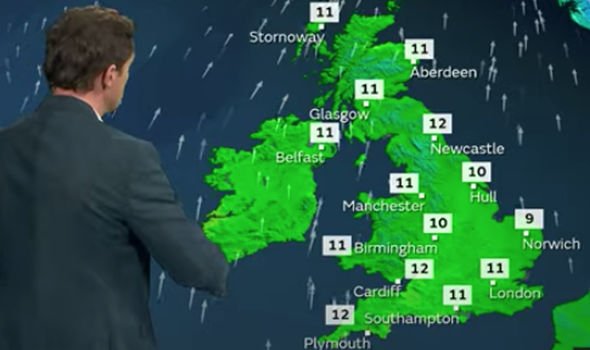 The weather agency said: “The majority of the wet and windy weather seems to be confined to northern and western parts – whereas the best of any bright and dry conditions look most probable in the east and southeast.

“Temperatures should be near average for the time of year.

“In any more settled spells in the southwest it is likely to be colder generally with an increased risk of frost and fog.”

Stonehenge breakthrough: Why bizarre find is key to ‘unlocking enigma’ of monument