Drivers had to be rescued after their vehicles became stranded in two metres of snow in the north of Scotland.

Cars got trapped overnight on the A835 between Ullapool and Garve, Highland Council said, with emergency services assisting the rescue operation.

The Scottish Fire and Rescue Service said it got to the Aultguish Inn on the A-road at about 5.15am on Friday, and crews remain at the scene.

About 20 vehicles got stuck at Loch Droma, the council said. 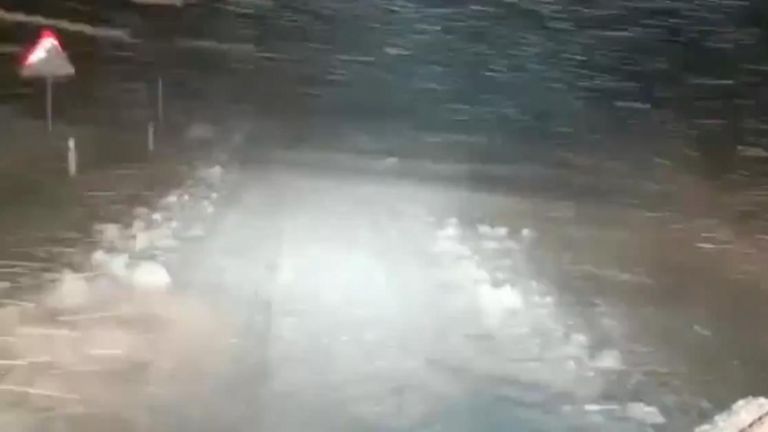 Despite plough trains being used to clear snow from the tracks, Network Rail said services had been disrupted on the Highland Mainline.

Bear Scotland also said the A85 was closed west of Methven in Perth and Kinross because of flooding caused by surface water. All vehicles except HGVs and buses were being diverted.

The Met Office has issued an amber warning for snow for large parts of northern Scotland, warning it could be “persistent and heavy” and lead to “significant disruption”.

There is also a yellow warning for snow, covering a slightly larger area, warning of “prolonged periods” of the white stuff. 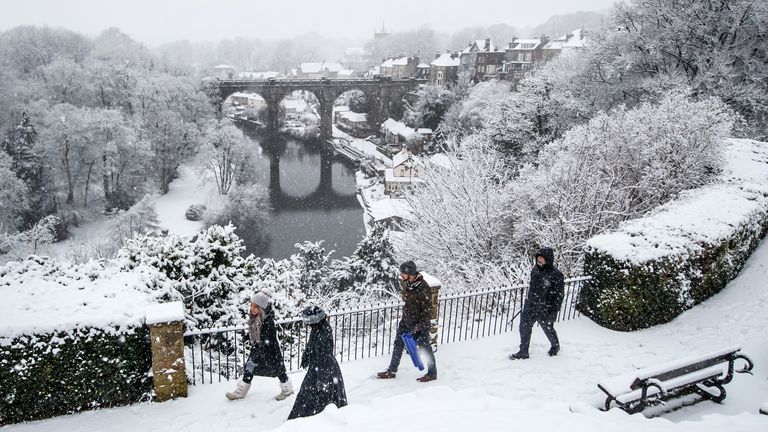 A further warning for snow and ice covers the length of Britain from midday on Saturday until midnight on Monday.

There is also a large amount of rain forecast for parts of England and Scotland.

It may feel as cold as -5C (23F) across some areas of the UK from Sunday, with a band of cold air forecast to move in from the East, remaining in place for the early part of next week and keeping temperatures hovering around freezing. 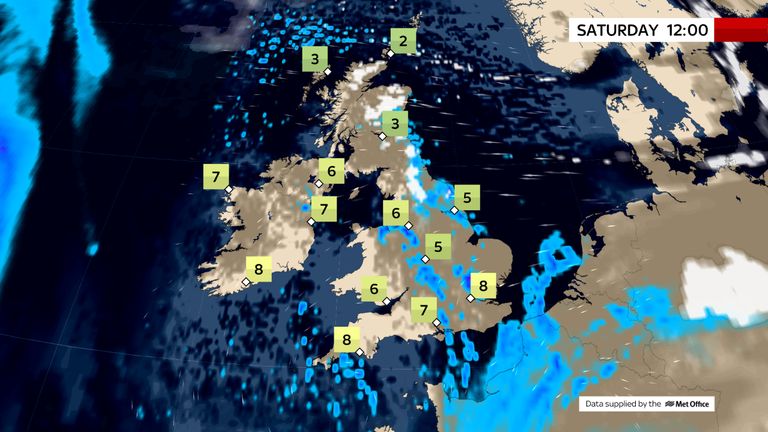 All this comes as the first snowdrops of the season have begun to emerge – often seen as the start of spring.

Sky News weather producer Joanna Robinson said: “The cold air currently across Scotland will bring further snow there over the next few days.

“That’s on top of the snow seen in recent days, with depths reported to be around 40cm in Braemar and Crathie already. This is likely to be a significant and disruptive snow event for the Grampians, with blizzards and drifting snow.” 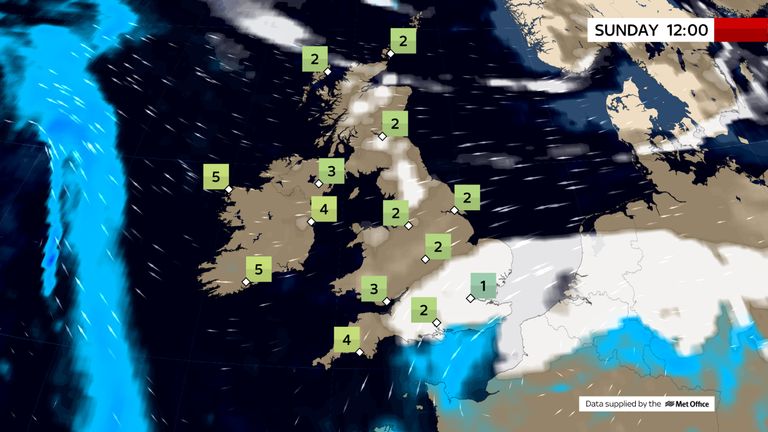 She continued: “Over the weekend, the cold air takes over the rest of the UK, with a raw easterly wind developing.

“Snow showers will move in off the North Sea to affect eastern parts, but more disruptive snow is possible for East Anglia and the South East on Saturday night and Sunday.

“There’s fairly high confidence that the cold conditions will continue early next week, with further snow showers in the east. It will feel bitterly cold in the wind.”