Blizzards, rain and flooding all look to be on the way for the UK as cold air from Scandinavia and Europe grips Britain.

Parts of Scotland are under yellow weather warnings for most of this week, with the Met Office forecasting as much as 40cm of snow on the Grampians between Wednesday and Thursday.

In the North East of England and parts of southern Scotland, heavy rain combined with snow melt means there is a risk of flooding on Wednesday.

The Environment Agency currently has 42 flood warnings in place.

Meanwhile, the rest of the UK will remain mild, but with rain scattered around, particularly in southern England.

“There could be continued travel disruption across northern trans-Pennine routes and the higher roads across the Southern Uplands and Grampians. “Meanwhile, a period of heavy rain overnight into early Wednesday will result in rapid thawing of snow in places, particularly north east England, which may lead to a risk of flooding.”

The yellow weather warnings for snow in the area warm of power cuts, travel delays and even some remote areas ending up cut off.

Heading into the weekend an area of low pressure keeping England and the south warm will pull away towards the Atlantic, chased by cold air from the continent. 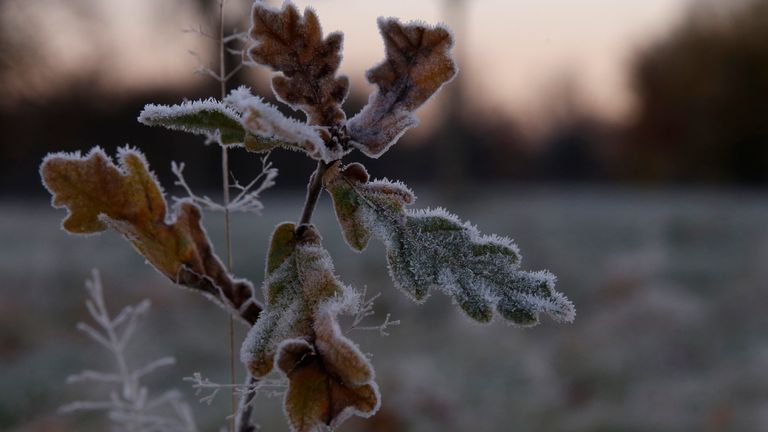 This will bring with it a chance of snow across England and Wales – although not as much as predicted for Scotland.

Met Office deputy chief meteorologist Mark Sidaway said: “Into the weekend snow will continue across much of

Scotland, and is likely to increasingly fall to low levels before beginning to move south into northern and eastern England. “We are likely to see some very large accumulations across higher parts of Scotland especially, with strong winds leading to significant drifting and blizzard conditions at times.

“Although amounts of snow across England are likely to be less, they could still cause some problems as we go into the weekend.”

Next week is expected to be a chilly affair for the UK, as the cool air from the east continues to remind that February is a winter month.