The Met Office is warning of more snow as people across the country woke up to overnight flurries and temperatures plunged.

The yellow weather alert for snow and ice this evening covers Wales and most of England, except for London and the south east.

Most of Scotland – with exception of the west – put a yellow warning in place this morning, meaning travel disruption was expected. 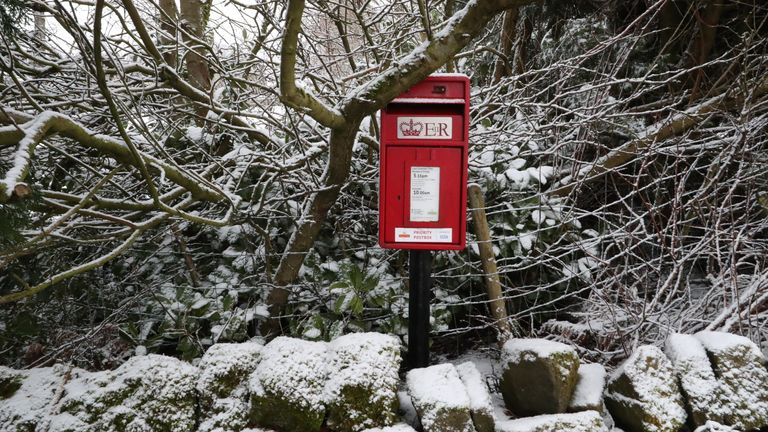 With temperatures falling across the UK – and as low as -9.5C in Newcastle-upon-Tyne – people took to social media to share their images and videos of the snowfall.

While most of the snow fell further north, there were people as far south as Gravesend, in Kent, reported a dusting. 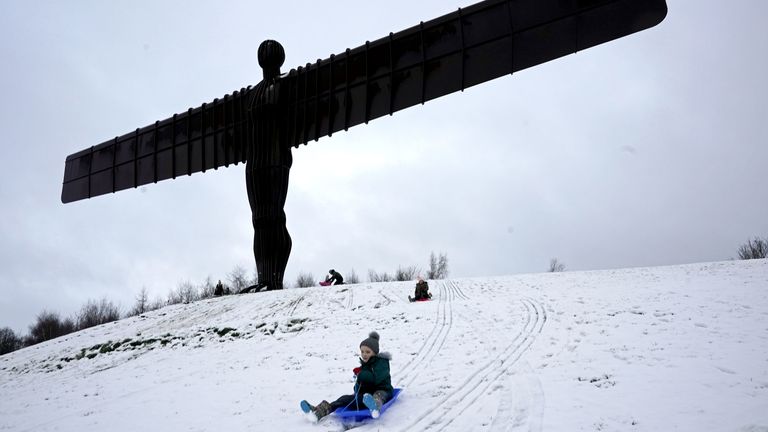 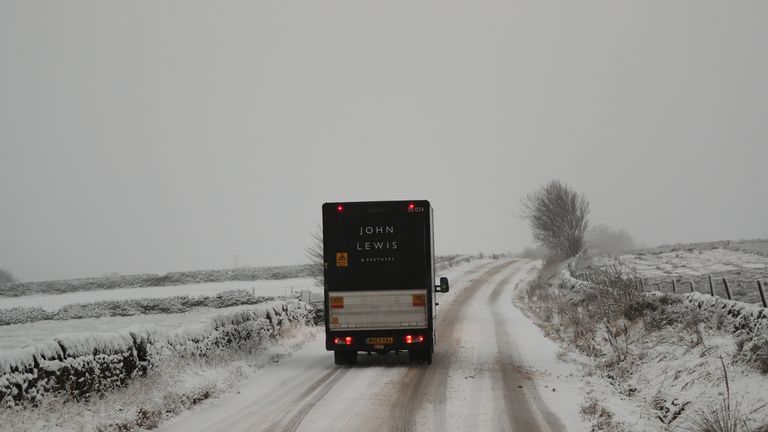 “Motorists are reminded to allow extra time for their journeys, to drive according to the conditions and ensure windows and lights are clear of snow and ice before setting off.”

Snow also fell across the Midlands, including in Warwickshire and Shropshire. 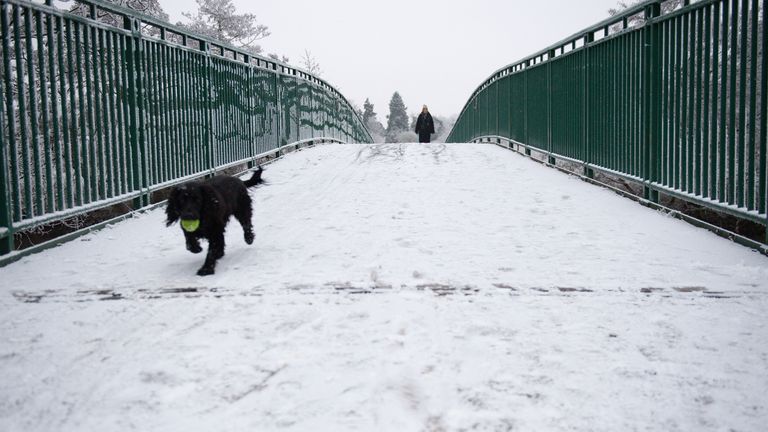 There was a light covering around the Angel of the North – prompting some people to take out their sledges.

Sheffield also saw snow before the sun rose, with icy conditions stretching into the Peak District.

While the snow is expected to clear in southern parts of the UK, more is forecast over the weekend in other areas including Scotland and Northern Ireland.

Temperatures are expected to drop as low as -6C in parts of Scotland on Friday evening, although this could feel as cold as -9C with factors like windchill taken into account.

The cold patch will move south overnight into Saturday, with parts of northern England waking up to a brisk -3C – which could end up feeling more like -7C.

John H said on Twitter: “First slight dusting of the winter in Gravesend, Kent only lasted around 10mins from a light flurry.”

Police from Bakewell in the Peak District shared a photo of one unfortunate car that ended up on its roof in the icy conditions.

They also advised drivers to take extra care in the inclement weather.

The Met Office is forecasting that Saturday will be sunny for most of England and Wales, with some low cloud in the south.

Scotland and Northern Ireland will also be cloudy with some rain and more snow.

More yellow weather warnings – for ice – have been put into place for the north of Scotland and most of England for overnight into Saturday.