The cold weather is set to carry into this week with winds, which made Sunday feel sub-zero in some places, to whip into Monday.

The Met Office says it has been “bitterly cold” as a result of strong easterly winds from Ukraine and the Black Sea. London, the east and the southeast are covered by amber weather warnings for snow through until Monday lunchtime, with travel disruption and power cuts predicted.

There are also other snow warnings across other parts of the UK, with some lasting until Wednesday.

The Met Office said: “Monday will start cold for all.

“Snow will continue to fall in southeast England, with further snow showers elsewhere.” It added that Storm Darcy is the low-pressure system that is bringing the extreme weather to East Anglia and southeast England. 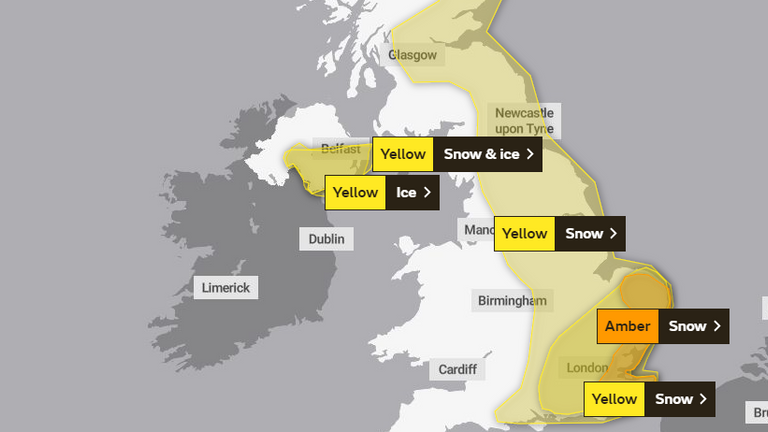 “Very strong easterly winds with gusts of 40-45mph inland and 50-55mph along northeast facing coasts will also lead to drifting of lying snow.

“During Monday morning the snow will turn more intermittent before gradually easing.”

Storm Darcy has been dubbed by some as a second “Beast from the East”, which caused havoc in 2018 – however this week’s weather is not expected to be as widespread.

In Scotland, staff from Glasgow City Council were already out on the roads after flurries of snow and plummeting temperatures on Sunday, with vaccine centres made a priority for gritting. 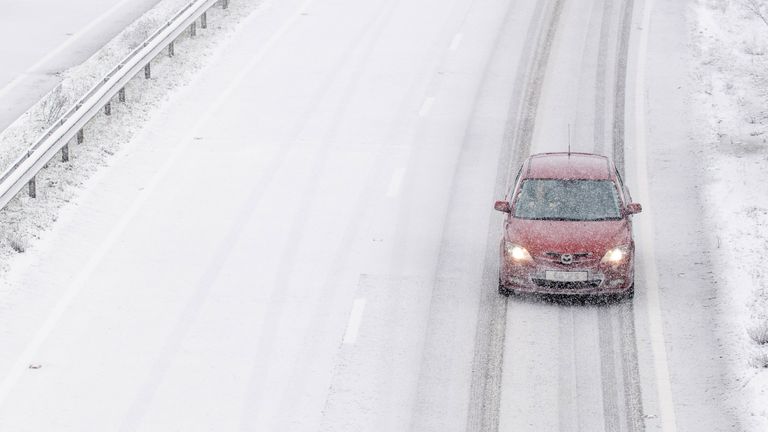 Meanwhile in Kent, Southeastern Rail advised customers against travelling on its network, adding its Maidstone East line will be closed on Monday.

Elsewhere, cliff falls were triggered by rainy weather in Dorset Kent and Norfolk, with people being warned to stay away from seaside areas.

Public Health England has issued a cold weather alert for the whole of England into Wednesday and urged people to check in on their vulnerable neighbours, friends and relatives.

Old phone to recycle? In France, just drop it in the mail