Just days after the UK recorded its highest March temperature in 53 years, the Met Office has warned that parts of the UK could see snow over the Easter weekend.

A “big swing” in weather conditions could also bring gale force winds while temperatures are set to drop to single digits by Easter Monday, forecasters have said

The almost record-setting end to March, saw people outside enjoying the sun as temperatures reached 24.5C (76.1F) in parts of London. 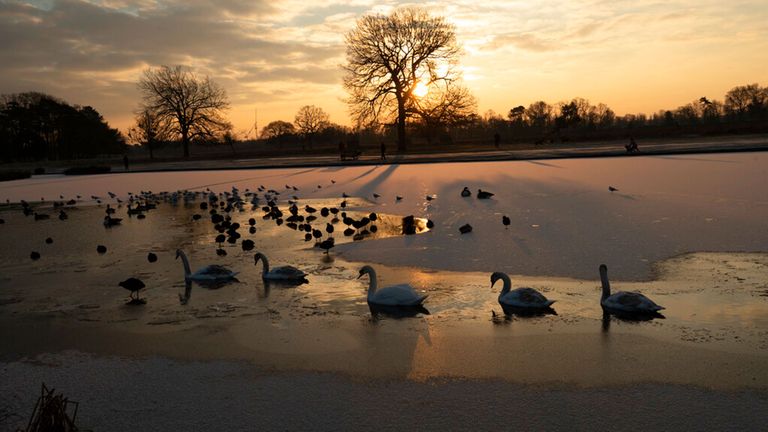 The figure fell just shy of the nation’s hottest ever March temperature of 25.6C (78F), which was recorded in 1968 at Mepal in Cambridgeshire.

The Met Office said the “marked change” in temperature was due to the country entering an “Arctic trough” and colder conditions were expected to last through next week.

Nicola Maxey, from the Met Office, said: “There are some blustery winds around, particularly along the east coast, as we go through the weekend.

“It’s a marked change from what we saw on Wednesday and by the end of Friday we’re really all in this cold air – we’re in an Arctic trough.”

Ms Maxey said that parts of the south would hang on to warmer temperatures for the longest but the entire country would be in single figures by early next week.

Sunny skies are still expected across large parts of the country on Friday and Saturday but by Monday the temperate is likely to drop below 10C (50F).

“But it’s the colder temperatures that people will remember and note,” added Ms Maxey.

“The cold will be with us for much of next week, and with any showers, you could see the possibility of snow falling over the Pennines, Cumbria, Scotland.”

'I opened the bag and saw a human leg, arms and flip-flops' – man who found remains of Keane Mulready Woods