Boris Johnson has warned the world can not allow the ‘destruction of a democratic state’ amid signs Russia is on the verge of invading Ukraine.

The prime minister warned ‘we are now staring at a generation of bloodshed and misery’ if war breaks out.

Speaking at a defence summit in Germany, he reiterated a threat to close London’s financial markets to Russian-owned companies, depriving them of an important way to raise capital.

In a strikingly gloomy assessment of the situation on Europe’s eastern frontier, he called for a united response from the West to protect Kyiv’s independence.

Mr Johnson warned that failure to show a unified front and ostracise Russia in the wake of military aggression would embolden China’s expansion ambitions in Asia.

The PM also met with Ukraine’s leader, Volodymyr Zelensky, during the event.

He told the Munich Security Conference: ‘Every time Western ministers have visited Kyiv, we have reassured the people of Ukraine and their leaders that we stand four-square behind their sovereignty and independence.

‘How hollow, how meaningless, how insulting those words would seem if at the very moment when their sovereignty and independence is imperilled we simply look away. 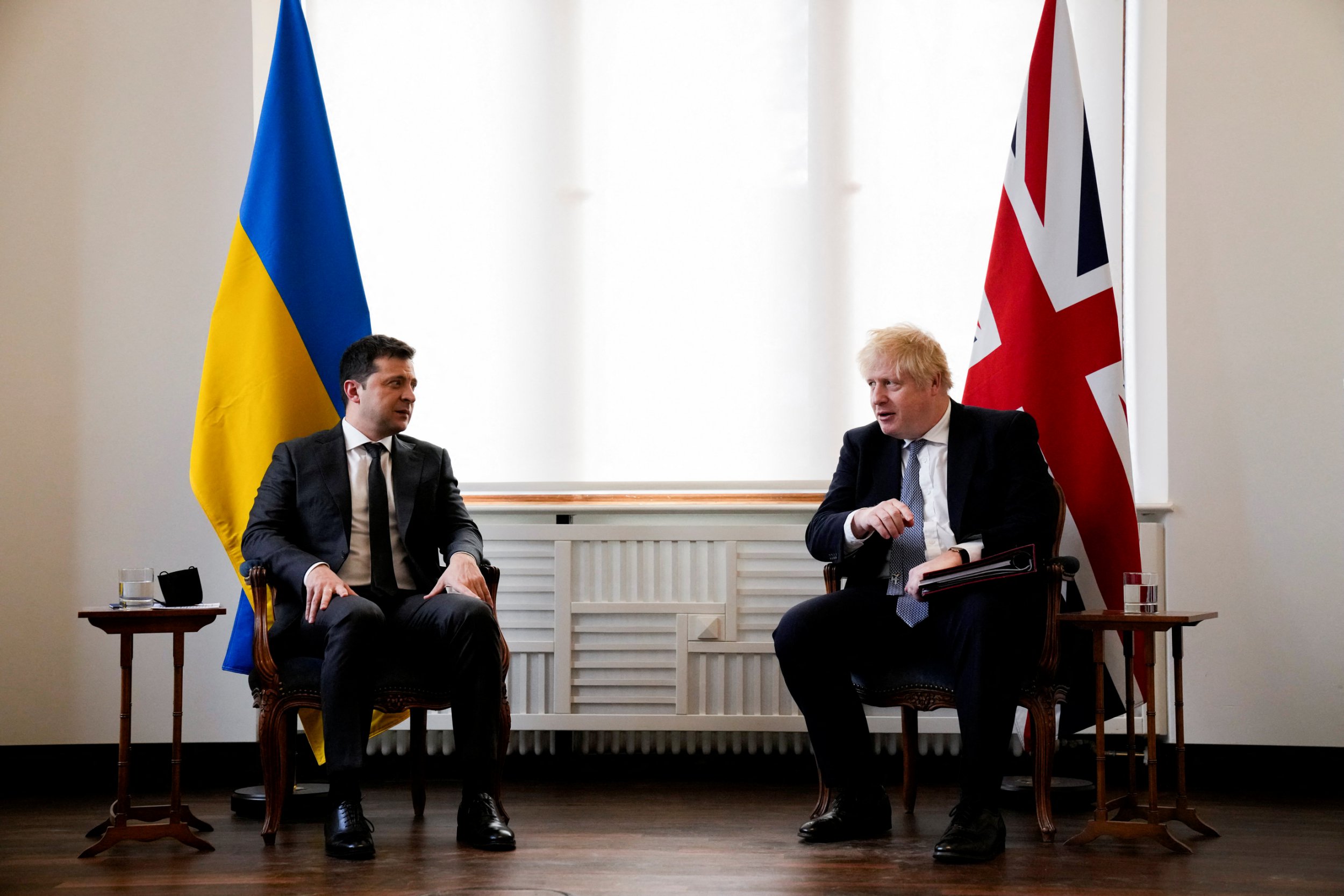 ‘When I spoke to the Prime Ministers of Japan and Australia this week, they let me know that the economic political shocks will be on the far side of the world.’

His comments come amid heavy fighting in the east of Ukraine, where Russia-backed separatists have held two illegal breakaway republics since 2014.

There are fears Mr Putin – who is today overseeing nuclear exercises from the Kremlin – could use the simmering conflict as a pretext to invade.

Mr Johnson distanced himself from the US’ new line on chances of war, which has shifted significantly in the last 24 hours to publicly stating they believe Moscow has already decided to invade.

The PM repeated the line he’s used in recent weeks that ‘we do not fully know what president Putin intends’ but warned the ‘omens are grim’.

He said it was imperative Russia was ‘seen to fail’ as a result of any military action and repeated his comments that attempting to occupy Ukraine could backfire disastrously.

Mr Johnson said: ‘If Ukraine is overwhelmed, overrun by brute force, I fail to see how a country encompassing nearly a quarter-of-a-million square miles – the biggest nation in Europe apart from Russia itself – could then be held down and subjugated forever after a generation of freedom.

‘We are now staring at a generation of bloodshed, and misery.

‘I believe that Russia would have absolutely nothing to gain from this catastrophic venture, and everything to lose.

‘And while there is still time, I urge the Kremlin to de-escalate, to disengage its forces from the frontier and to renew our dialogue.’

Sepratist leaders in Luhansk and Donetsk have called for a fully military mobilisation today, with reservists told to report for duty.

There was widespread shelling overnight and reports of civilians being evacuated to Russia, although it’s difficult to verify with misinformation from the Kremlin war machine rife.

Earlier this week, president Putin made the unfounded claim that Ukraine is committing genocide against Russia-speakers in the country’s east.