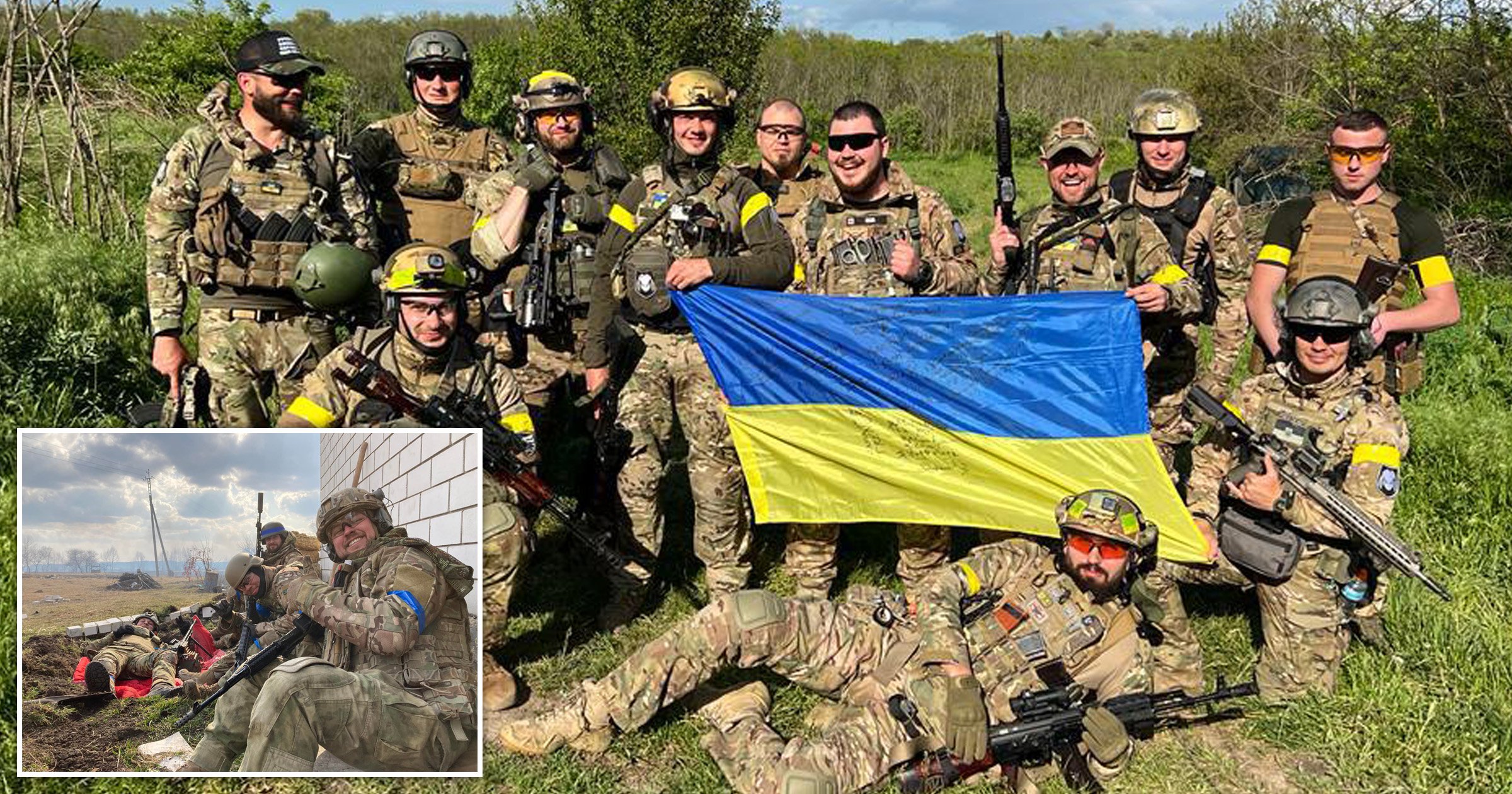 A Ukrainian soldier in a special task force believes Vladimir Putin’s downfall is only a matter of time as he and his comrades remain vigilant on the country’s independence day.

Valentyn Ilchuk and his squad are based on the Black Sea Coast, where Moscow has largely been stalled by determined resistance after pivoting from the failed attempt to seize Kyiv.

The 31st anniversary brings mixed emotions as the former Warwick University exchange student believes Putin’s downfall is assured but is also wary of the Russian president using the day to escalate the bloodshed and cruelty inflicted on his homeland.

The Donbass war veteran, 39, is based in the strategically important city of Mykolaiv as a planner and gunner in a squad carrying out reconnaissance and mobile, quick-strike operations.

‘Everyone’s very cautious because Russia has already shown it does not care for anything human, or humane for that matter, so we can expect anything at this point,’ he said.

‘The problem is that all Putin’s plans have gone to shit, so it makes him unpredictable and I’m a bit cautious about him using weapons of mass destruction or something like that.

‘I have also heard about the Mariupol prisoners of war from the Azov regiment being put in cages out in the streets. It’s not even Medieval, I don’t know how to describe it, it’s barbaric. If they are capable of something like that I can understand how they could press the button.

‘Mykolaiv is being barraged by rockets, a sports school was completely destroyed, and we all know Putin loves dates so I don’t think he will let independence day slide.’

The father-of-one is a veteran of the 2014 Donbass conflict who mobilised when the full-blown invasion began on February 14.

He had been living a civilian life on the outskirts of Kyiv immediately before the war, which reaches the six-month point today.

The digital agency boss’s wife and daughter evacuated to Estonia as the first Russian missiles rained in while he joined the unit consisting of fellow veterans who had remained friends on civvy street.

In the early phases of the conflict, he found himself 100 metres away from a Russian tank during a fierce battle to liberate the village of Lubyanivka on the northern outskirts of the capital.

‘We have been working in frontline positions in conjunction with the brigades responsible for those particular areas,’ he said.

‘We have been using small group tactics, biting them here and there with various weaponry. We haven’t been in major assault missions because down here in Mykolaiv it’s the flatlands, the steppes, and the Russians are entrenched and dug in pretty well.

‘It’s more like a World War One type of warfare. They still dominate as far as artillery goes so we have to be smart about it and we are pinching and biting in various other ways. It’s basically a case of come, shoot and leave before their artillery barrage comes in.’

The squad is on high alert as Ukraine marks the milestone in 1991 when Ukraine’s parliament voted to separate from the former Soviet Union.

On Tuesday, the US state department warned that the Kremlin was ‘stepping up’ efforts to hit civilian infrastructure and government facilities.

‘This independence day is not the first when we have been at war but it’s the most intense in my life,’ Mr Ilchuk said.

‘We have our country, our people and our flag to rally round and we won’t be giving up, we will be pushing further. I think we will win this war, it’s only a matter of time and casualties.’

Although he is a combat veteran, the conflict is a dimension shift from the Kyivan’s role as the boss of Zgraya Digital, which specialises in websites, apps and branding. He had previously studied International Business and Marketing at the University of Richmond in the US, which included an exchange term at Warwick University in 2005.

‘It’s like you’re in a computer game,’ Mr Ilchuk said. ‘You start in Kyiv with barely anything on you apart from your gun and with every new level the scenery and the background changes.

‘The enemy is still the same although the boss levels change as well as the character of our missions. Back in Kyiv there was an opportunity for frontal assaults, we saw the Russians and could shoot at them.

‘Here it’s the steppe, the flatlands, so basically we are doing the same thing time and time again but tweaking it to the new reality, to the landscape and the weather. It’s a process of continued adaptation.’

The task force’s last compound received a direct hit from a Russian missile two days after they had left for a short rotation.

Mr Ilchuk, who was born in the Donbass region, told Metro.co.uk that his unit is ‘extremely fortunate’ to have suffered only light casualties so far and the comrades now expect to take part in a push to liberate the city of Kherson, which lies around 40 miles east of Mykolaiv.

Whatever Putin has in store, he is certain that fate will be on the side of those honouring the blue and yellow flag today.

‘As long as we kill enough of them and send all of them home, I don’t think Russia will survive,’ Mr Ilchuk said. ‘I don’t think Putin will remain president and Russia will collapse under its own weight.

‘For me, victory is not just about restoring the borders to the way they were on February 14, it’s about getting the Crimea and Donbass back and going back to our proper legal, lawful borders the way they are supposed to be.’

The death of Darya ‘Dasha’ Dugina, the daughter of Russian ultranationalist Alexander Dugin, in a car bomb on Saturday night has further heightened fears about Putin unleashing a new form of attack.

The day Ukraine became an independent state is the biggest holiday in the country and is traditionally celebrated with festivals and parades.

Ukrainian president Volodymyr Zelenskyy has said that ‘we should be aware that this week Russia may try to do something particularly nasty, particularly cruel’ in reaction to the anniversary.