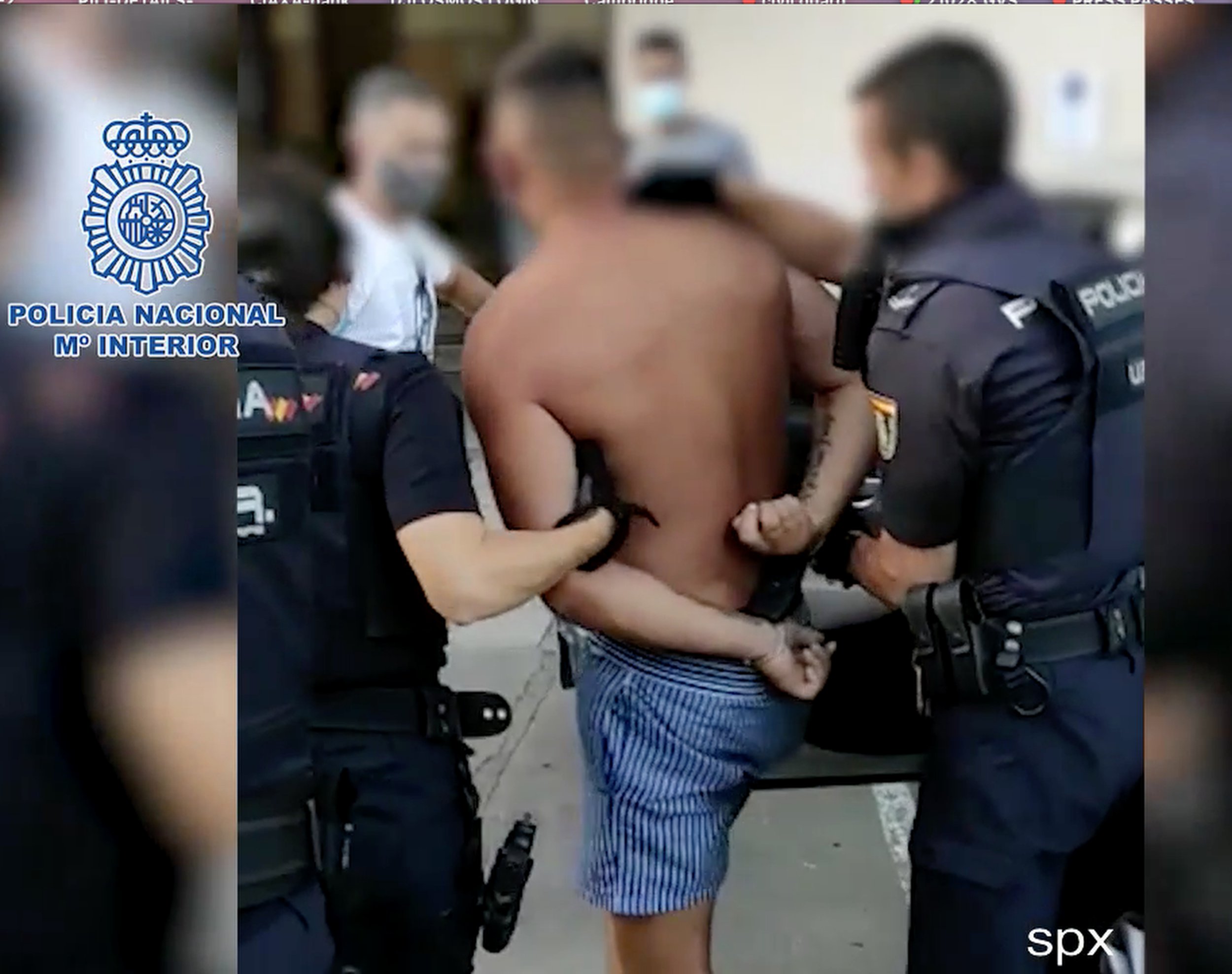 A driver who sparked an international manhunt by going on the run after ploughing a car into a crowd outside a pub has finally been jailed.

Bradley Knapp, 27, was named of the UK’s ‘most wanted’ after the incident at The Clipper pub in Dartford High Street, Kent on October 11, 2019.

Within hours of Kent Police naming him as a suspect he fled the country under a false name, but it was more than a year before he was caught.

Authorities found him living in Tenerife, where he had got a job, formed a stable relationship and became a father.

After being arrested on a European warrant, he was extradited back to the UK last October.

During his trial in June at Maidstone Crown Court, Kent, he admitted wounding with intent and perverting the course of justice but was cleared of the more serious offence of attempted murder.

On Tuesday, October 5, he was sentenced to seven years in jail with an additional two years added to any time spent on licence.

The prosecution had alleged that Knapp, who only held a provisional driving licence and was on police bail for an unrelated dangerous driving matter in October 2019, had driven in a ‘murderous state of mind’.

The court heard how Knapp drove a Ford Fiesta through some bollards, before accelerating onto the high street and steering sharply towards the crowd outside the pub.

A few minutes before getting into the car, Knapp had been kicked out of the pub for fighting with another man.

Although the majority of people were able to jump out of the way of the car, two were not.

Callum Walpole was flipped several metres into the air and was thrown over a parked car.

He later told police that when he landed and opened his eyes he was ‘shocked I wasn’t dead.’

A second man, Gary Sayer, was knocked to the ground sustaining multiple injuries when his legs were clipped by the front of the Fiesta.

Prosecutor Simon Taylor QC told the court Knapp’s driving was ‘aggressive, deliberate and murderous’ and that he was plainly using the car as ‘a deadly weapon’.

But Knapp, who had had no more than five driving lessons and has ADHD, was cleared of attempted murder after he told the court that although he deliberately drove into the crowd, he did not want to kill anyone.

He admitted he knew he would injure someone but said it was ‘a scare tactic’ and maintained: ‘I didn’t want to take a person’s life. I didn’t want to spend the rest of my life in jail.’

Knapp, who was banned from driving for four years and three months, also admitted a separate offence of dangerous driving committed in August 2019.

He had taken cocaine and was driving a stolen car on false plates when he led police on a mile-long pursuit in Swanscombe, Kent.

Sending Knapp to jail, Mr Justice Cavanagh described him as ‘impulsive, aggressive, prone to losing control and lashing out with great violence.’

Meghan Markle outrage: Piers Morgan back Kate and William for ‘stepping up’ after Megxit