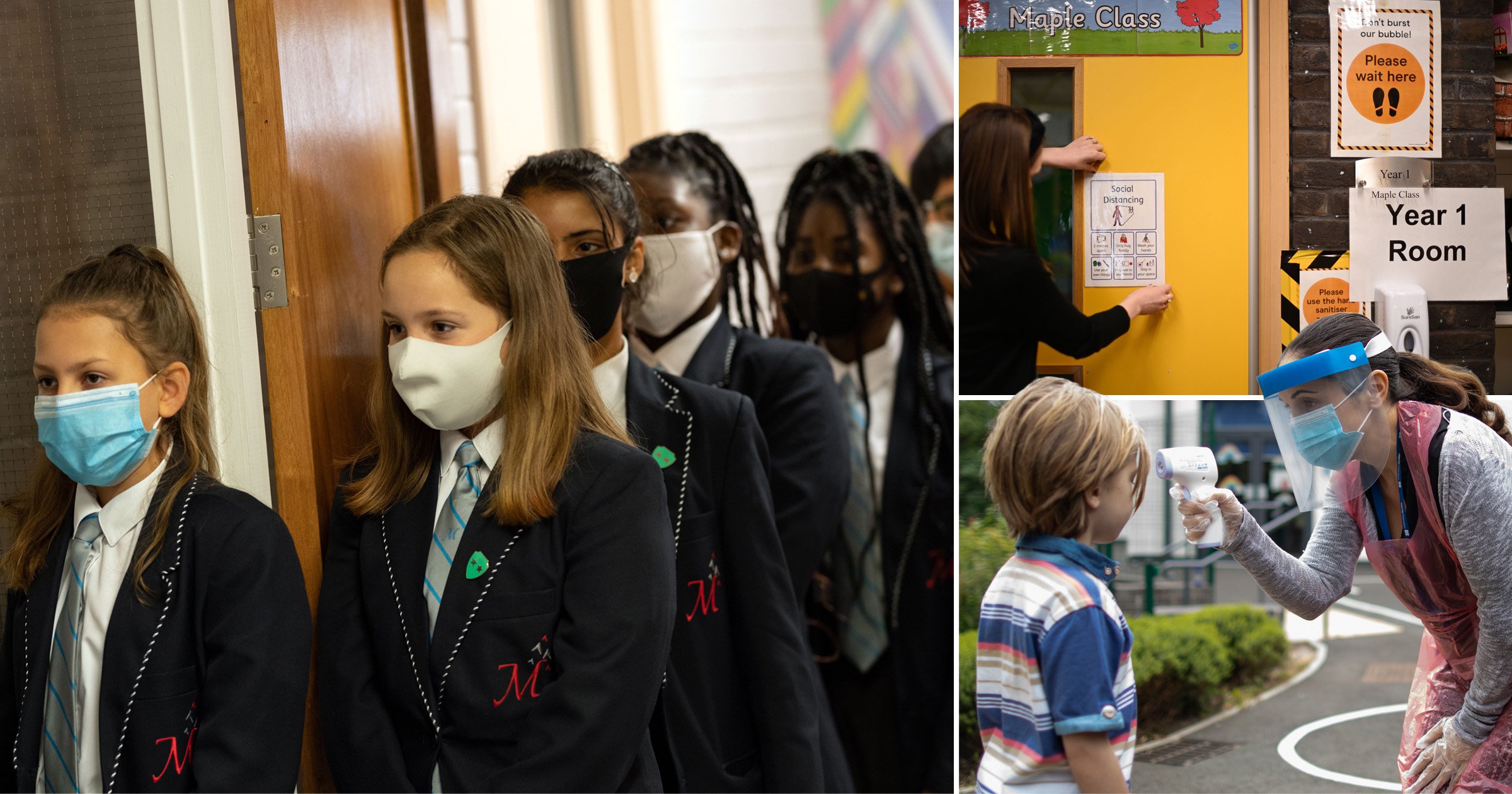 Schools are largely operating as normal after compulsory measures were scrapped for the start of the new academic year.

Five education unions wrote to education secretary Nadhim Zahawi urging him to look at bringing them back as official figures showed children had the highest Covid positivity rate for any age group.

The National Education Union expressed ‘concerns’ that the government was ‘standing by while Covid cases surge across schools’.

General secretary Kevin Courtney said: ‘It is evident that more needs to be done, and sooner rather than later, to prevent further massive disruption to children’s education, caused either by children contracting Covid-19 or Covid-related staff absence.’

Unite said infection levels in schools ‘demanded the whole range of measures to be deployed’.

Along with Unison, GMB and the NASUWT teachers’ union, they have written to councils and public health directors asking them to consider imposing local rules.

Mr Zahawi has said rules on mask-wearing may be needed again this winter.

But the government is likely to be reluctant to reintroduce wider restrictions in schools after the huge amount of lost learning they caused.

The policy of sending entire classes home if one pupil tested positive was singled out for criticism.

Professor Calum Semple, a member of the Scientific Advisory Group for Emergencies (Sage) which advises the government, suggested pupils could be heading for herd immunity to Covid through infection at the current high rates.

He told the BBC’s Today programme: ‘Commentators would usually say it’s ridiculous to aim for herd immunity using natural wild-type infection because that brings with it disease and damage to children both from acute disease and potentially long Covid.’

Most children in England aged 12-15 are being offered one dose of the Pfizer vaccine by immunisation teams at schools.

Meghan Markle and Harry: How are they marking thanksgiving with Archie Harrison?