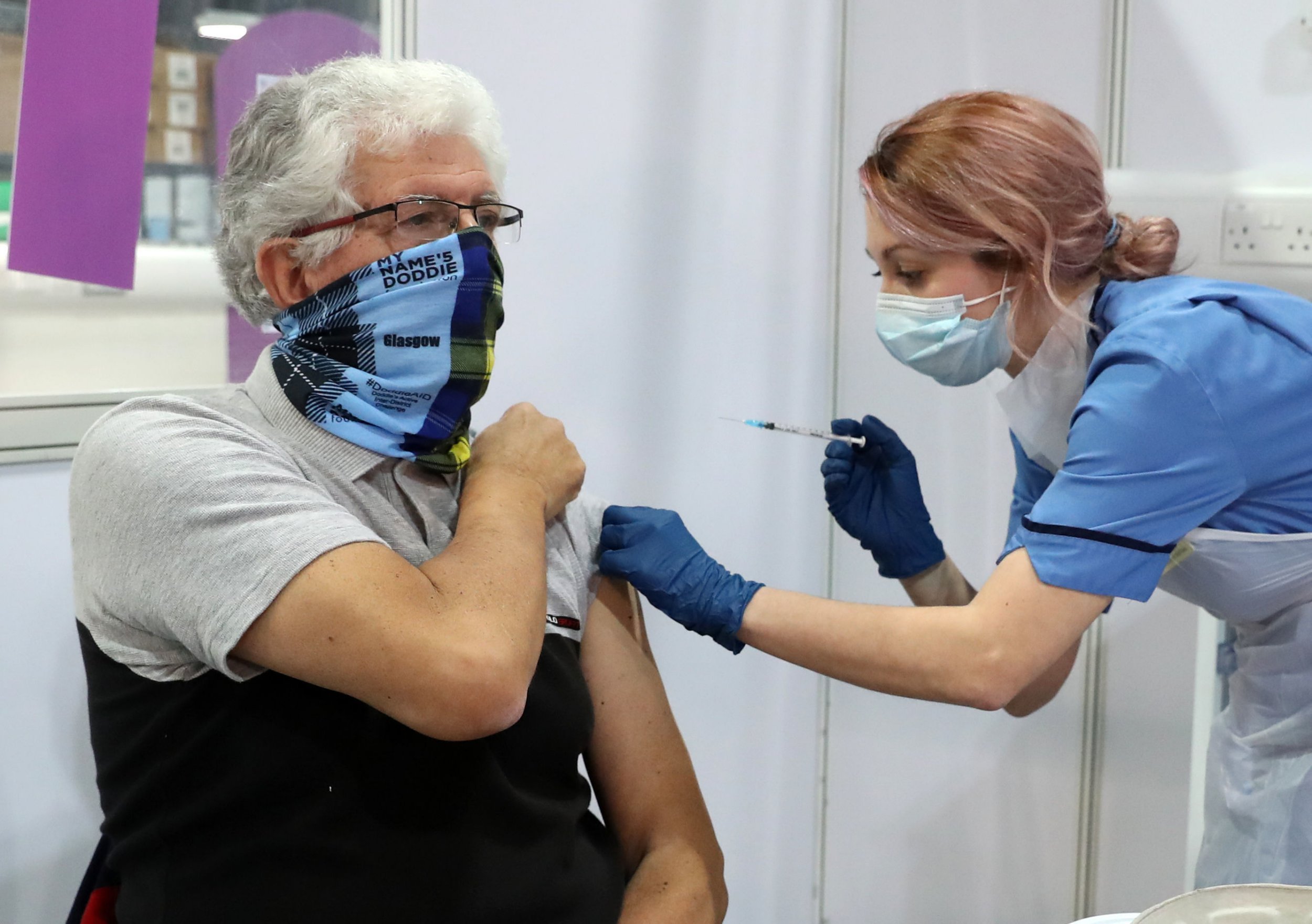 A universal vaccine that would work on all strains of coronavirus could be available within a year, researchers say.

Scientists at the University of Nottingham have teamed up with UK company Scancell, which works at developing cancer vaccines, to try and create the jab.

The shot would work by targeting the core of the virus instead of just the spike protein, ending the need to keep tweaking existing jabs as the virus mutates.

Vaccines currently in use like the Pfizer and AstraZeneca ones target the spike protein of the virus, which is the part of the virus that latches on to human cells.

Their advantage is that they are quicker to make, but their efficacy is expected to wane as the virus mutates.

Universal vaccines would target the proteins found in the core of the disease which are less likely to mutate than spike proteins.

Scancell is particularly looking at the nucleocapsid (N) protein in the core of the virus and hopes to begin human trials in the second half of this year, after positive results from testing the jab on mice.

Scancell chief medical officer Dr Gillies O’Bryan-Tear, told The Telegraph: ‘We don’t necessarily claim it will be a pan-coronavirus vaccine, but it has got the potential to be so simply because of where it is targeted.’

There is no evidence that current vaccines do not work on mutated variants but scientists have discovered that the AstraZeneca jab is less effective on the ‘E484K’ strain found in South Africa and Brazil.

The E484K mutation has also been found in some mutated strains of the Kent variant that emerged in December.

Deputy Chief Medical Officer Jonathan Van-Tam said in a recent press conference this was not the dominant strain in the UK.

He also urged everyone to keep accepting the offer to get current vaccines because ‘there is still likely to be a substantial effect of the current vaccines in terms of reducing serious illness. Even if infections are not as well prevented’.

He added that as vaccination companies work on boosters to fight variants, he hopes that people who have been fully vaccinated with two doses will only need a single add-on jab.

Scientists all over the world are working to create universal jabs so boosters are not necessary, including myNeo in Belgium and Osivax in France.

Professor Danny Altmann, an immunologist at Imperial College, told The Telegraph that Scancell needs a big pharmaceutical partner to invest a few hundred million pounds to help it move onto clinical trials.

Scancell believes that with a pharmaceutical partner and positive results from trails, a universal vaccine could be developed within a year.

Whilst scientists have warned against holding out for this, as there has been no universal flu vaccine after decades of work on it, others point out that it took less than a year after the pandemic started for the first coronavirus jab to be developed.