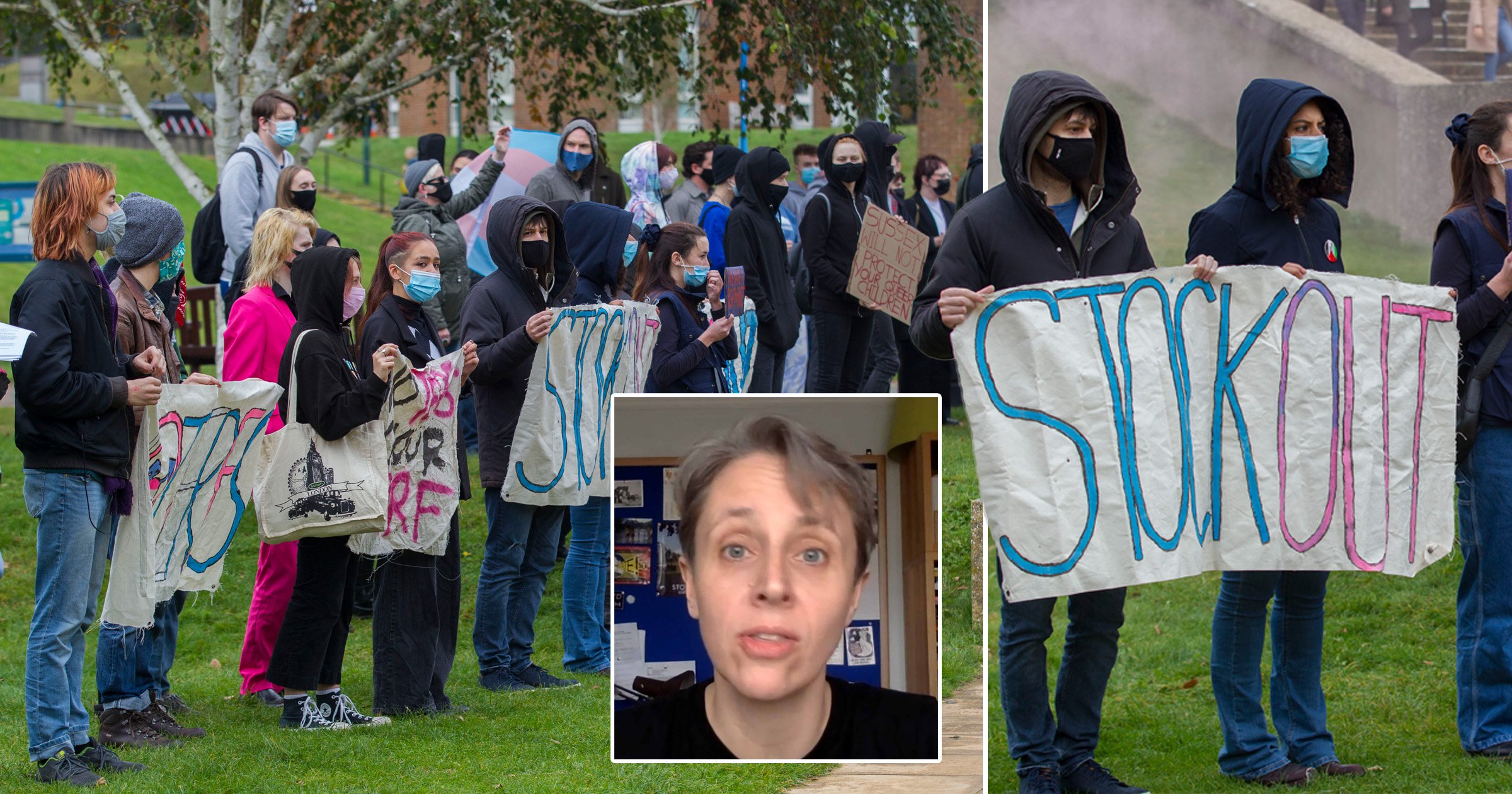 A university has been accused of ‘worsening the lives’ of its LGBT+ students by continuing to back an academic at the centre of a row over transgender rights.

Kathleen Stock, who has an OBE for her contribution to higher education, stepped down from her post as a philosophy professor at Sussex University this week following calls for her to be sacked over her stance on gender identity.

Her resignation came amid protests by students at the university’s Brighton campus, which was branded as a ‘disturbing’ attack on ‘cherished academic freedoms’ by Sussex.

Vice-chancellor Adam Tickell confirmed the professor was stepping down in an email to staff and students on Thursday afternoon highlighting that the university has ‘vigorously and unequivocally’ defended her right to ‘exercise her academic freedom and lawful freedom of speech’.

But MA student Tom Pashby, who has been at the forefront of the campaign to protect the trans rights of people at the university, said they were ‘shocked’ by Mr Tickell’s reaction.

They told Metro.co.uk: ‘Every single decision that Sussex has made throughout this entire process has been the wrong one and has made everything worse.

‘It has fuelled the national culture war and has also made trans and non-binary students’ lives worse.

‘Ms Stock got awarded an OBE at the start of this year and Sussex University congratulated her for it, which was a signal to a lot of people that the university supported her views, which was worrying.’

Tom alleged that some students feel Sussex is a ‘questionable place’ for trans rights.

They added: ‘On October 6, a lot of posters appeared on campus calling for her to be fired because of transphobia – people were saying “I am not paying 9,000 pounds per year to be told that I shouldn’t exist”.

‘A day later they were removed. Then Sussex sent out emails condemning the posters and supporting “academic freedom” even though her views on gender aren’t part of her academic work.

‘When I saw the email about her resignation, it made me feel sick because Tickell was still defending transphobic views and people’s so-called right to be transphobic.

‘I think he should be saying “we apologise to the community for what has happened, here is some support funded by the university, please make use of it”.’

Professor Stock was accused of transphobia after it came to light that she believes female-only spaces such as changing rooms should not be open to trans women.

The controversy centres on the academic’s view that a person’s self-declared gender does not trump their biological sex, ‘particularly when it comes to law and policy’.

However, Professor Stock has continuously denied that she is transphobic.

In a statement on social media, she addressed her resignation: ‘This has been a very difficult few years, but the leadership’s approach more recently has been admirable and decent.

‘I hope that other institutions in similar situations can learn from this. I am particularly glad to see University emphasising that bullying and harassment anyone for their legally held beliefs is unacceptable in their workplace.

People with coronavirus symptoms being sent 100 miles away for tests