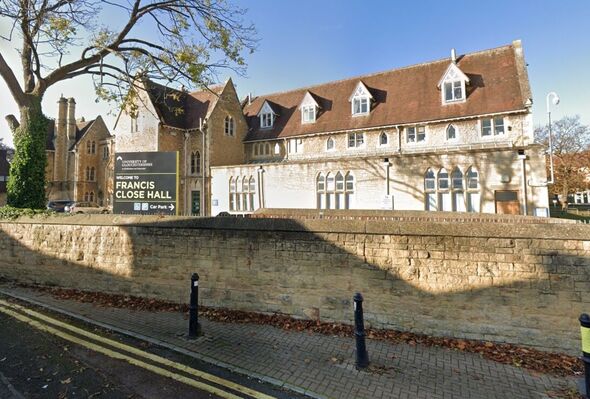 Ten years of research was lost at a university due to a power cut which affected a science lab.

Staff at University of Gloucestershire found the incident “distressing” and bosses are working to ensure it doesn’t happen again.

The university said cell line research, much of which had already been archived as part of previous research projects and was a historical backup in case projects were restarted, was lost.

Electricity supply was lost at the Francis Close Hall campus in Cheltenham, Gloucestershire, in July last year but the matter has come to light now in a report within a planning application the university has submitted to the council.

It wants permission to install an electric generator at the campus in case there are further power cuts in the future.

The report said bacteria and cell lines are kept in fridges and freezers, at between -4C and -80C, that are run off mains electrical power.

But a safety override meant the cold units in the campus’ new Biomedical Science facility did not automatically reset, leading to the chaos.

It also caused a loss of materials and has cost the university thousands of pounds, reports Gloucestershire Live.

A spokesperson for the uni, which caters for more than 9,000 students, said: “The University’s planning application to install a new generator was prompted by a brief power cut on one of our campuses last July.

“While all other systems on campus quickly came back online, a safety override meant the cold units in our new Biomedical Science facility did not automatically reset.  This caused a loss of materials and research work.

“Obviously that is regrettable, and distressing for the staff concerned, and we want to avoid it happening again.  A new generator will ensure there is always continuity of power supply to our specialist facilities.”

The planning application, submitted this week, reads: “In most university, industry and NHS Biomedical science labs a backup power supply is normal, not only because of the relative expense of materials held in cold storage but also because of the length of time invested to grow and study cell lines. However, owing to budget constraints, a backup supply was not installed at FCH at the time of the Bioscience lab build.

“In the evening of Saturday, July 9 2022, power was lost to the campus and not discovered until the morning of Monday, July 11. In a matter of two hours of the power being lost, the temperature across the cold storage units had risen sufficiently to destroy £25,000 of materials and 10 years of cell line work.

“Insurance covered £5,000 of that loss. In four years’ time, we expect £100,000 of materials to be stored in the facility. To secure insurance cover to that value, backup power will need to be installed. However, it is not possible to recover the research time lost.

“Combined with the possibility of power shutdowns nationally, arising from UK energy supply issues, we must now advance plans to install backup power generation to Bioscience labs as soon as possible.”