Home » Europe » Unmasked, boy killer who tried to behead pal for being a ‘snitch’ 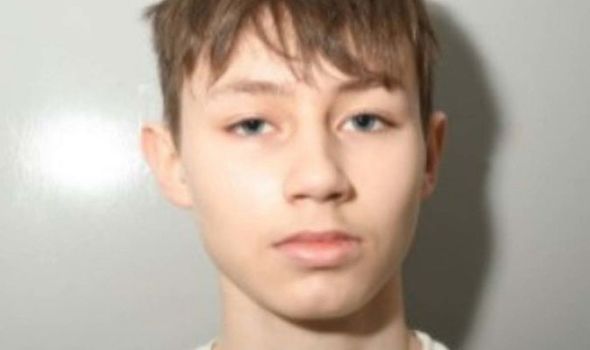 Roberts Buncis was stabbed more than 70 times in a frenzied attack by Marcel Grzeszcz before the teenager attempted to cut off his head.

A court order protecting Grzeszcz was lifted yesterday so he could be named when he was jailed for life with a minimum 16-year term.

Roberts’s dad Edgars told the court in a statement read on his behalf: “How do I put into words how I feel?

“This is all wrong. No father should ever have to bury their son. Nothing is a reason for this. I have lost my destination and purpose.

“My life is in a cemetery. I feel empty and nothing will change this.”

A pathologist said there were 22 injuries including a “gaping wound” across the front of Roberts’ neck and attempts were also made to cut off his hand.

The defendant admitted manslaughter midway through the trial but denied murder.

Grzeszcz claimed his victim took a knife to an area called Alcorn Green and “lost control” and tried to stab him.

But jurors at Lincoln Crown Court dismissed his argument and found him guilty of murder, concluding that he had been “motivated by anger” at the belief Roberts “was a snitch”.

In sentencing Mr Justice Jeremy Baker told Grzeszcz: “You lured Roberts Buncis to a wooded area where you carried out a savage and brutal attack with a knife which you brought. You made a determined effort to remove his head before leaving his body for others to find. Although it is less easy to discern the precise motive, it would appear you viewed the deceased as a liability. There was a significant degree of premeditation.”

The court previously heard how Grzeszcz was forced to leave St Nicholas Primary School, Boston, after taking a knife on to the premises.

He moved to Haven High Academy but was excluded for drug dealing and started attending a pupil referral unit the day before the murder.

Originally from Latvia, Roberts met his friend on the village green at 3.30am.

Grzeszcz said he was angry with him, accusing Roberts of not paying £50 for cannabis.

Police searching the killer’s home found a knife with Roberts’ blood on it. Mary Loram QC, prosecuting, said: “This was a planned attack on a boy deceived to get to the place where he was killed.”

“It’s a tragedy that deeply affected the school and local community and will stay with all of us for a lifetime.

“The level of violence, and that it involved children, makes it all the more difficult to comprehend. There could be no stronger message on the potential devastation carrying a knife can bring.”