Before coronavirus struck, around one in six pensioners were looking after sick or frail family or friends – about 2.2 million older people. Now the total is up to four million, according to a report by the charity Age UK to mark Carers Week. Among that number 780,000 were aged 80-plus – nearly a quarter of all those in that age group in the UK.

Caroline Abrahams, charity director at Age UK, said: “It is humbling to realise that one in three of the entire older population has been providing some unpaid care during the health emergency we are all living through.

“Almost one in four of these older carers are in their 80s or beyond, which is even more extraordinary.

“At a time when these people might expect to slow down and take a well-deserved rest, they stepped up.

“We owe them all huge respect and thanks for their hard work and ­commitment.

“What has changed is that many of the formal services they rely on to back up their efforts were scaled back or closed down altogether.

“We also know in some cases older people decided it wasn’t safe to let formal services in, because they feared they would bring the virus with them.” 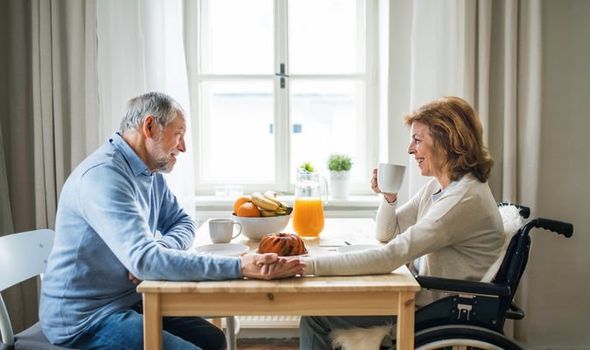 She continued: “The unfair, unremitting burden on older carers is a compelling reason why the Prime Minister must follow through on his promise to ‘fix social care’.”

Helen Walker, chief executive of Carers UK, said: “The fact that so few older people have been able to access respite care should be a cause for concern.

“We call on the Government to ensure carers providing upwards of 50 hours each week get a funded break.”

During each week of the second wave through to November 2020, these older carers collectively provided more than 75 million hours of free care. Just three percent received any official respite care, it was said.

More than 270,000 older carers have a health condition and were placed on the government’s shielding list.