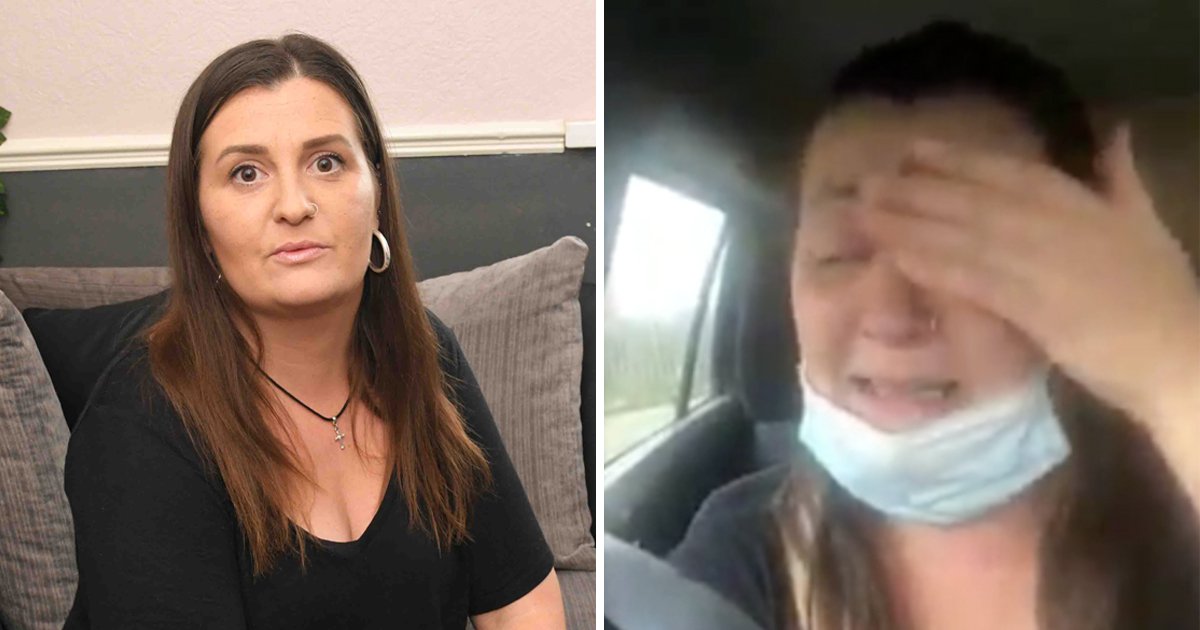 A ‘heartbroken’ carer who lost her job because she refused to get vaccinated has shared a video of herself in tears after finishing her final shift.

Louise Akester, 36, has worked in the sector for 14 years but has been forced out due to new rules which state all care home workers must get two jabs, unless they are medically exempt.

Despite assurances from experts that the vaccine is safe, Louise has said she wants to wait and see whether it has any longer-term side effects before deciding whether to get her doses.

She says in the video: ‘That’s the hardest thing I’ve ever had to do, saying goodbye to everybody, all the people that I’ve cared for, for so long, the people I’ve worked with.

‘It’s been so emotional, this is so unfair. I just can’t believe what the bloody government is doing to us, I just don’t get it, I don’t understand.’

Louise, from Hull, says she has no idea what she is going to do next after losing her job.

Care workers were among the first sets of groups to be offered a vaccine at the start of the year.

The Government said it was making vaccines mandatory in June, giving workers around five months to get jabbed before November 11.

Nearly 50,000 staff – around one in 10 of those who work in older age care homes – have still not been recorded as having received two doses, according to the latest NHS England figures.

A further 11,924 workers in care homes for under-65s have similarly not yet taken up the offer of a vaccine.

The sector is currently the only one in the UK where vaccines are mandatory due to the vulnerable nature of the people carers work with.

There have been warnings that thousands may quit as the deadline approaches, with nurses likely to switch to the NHS, where workers are not yet required to have had a vaccine.

Former health secretary Matt Hancock today insisted NHS staff should be legally forced to get vaccinated before the winter.

But a decision on whether to enforce this has reportedly been delayed by his successor Sajid Javid until next spring.