Home » Europe » Up to 100,000 Brits flying to Spain from today despite it being on amber list 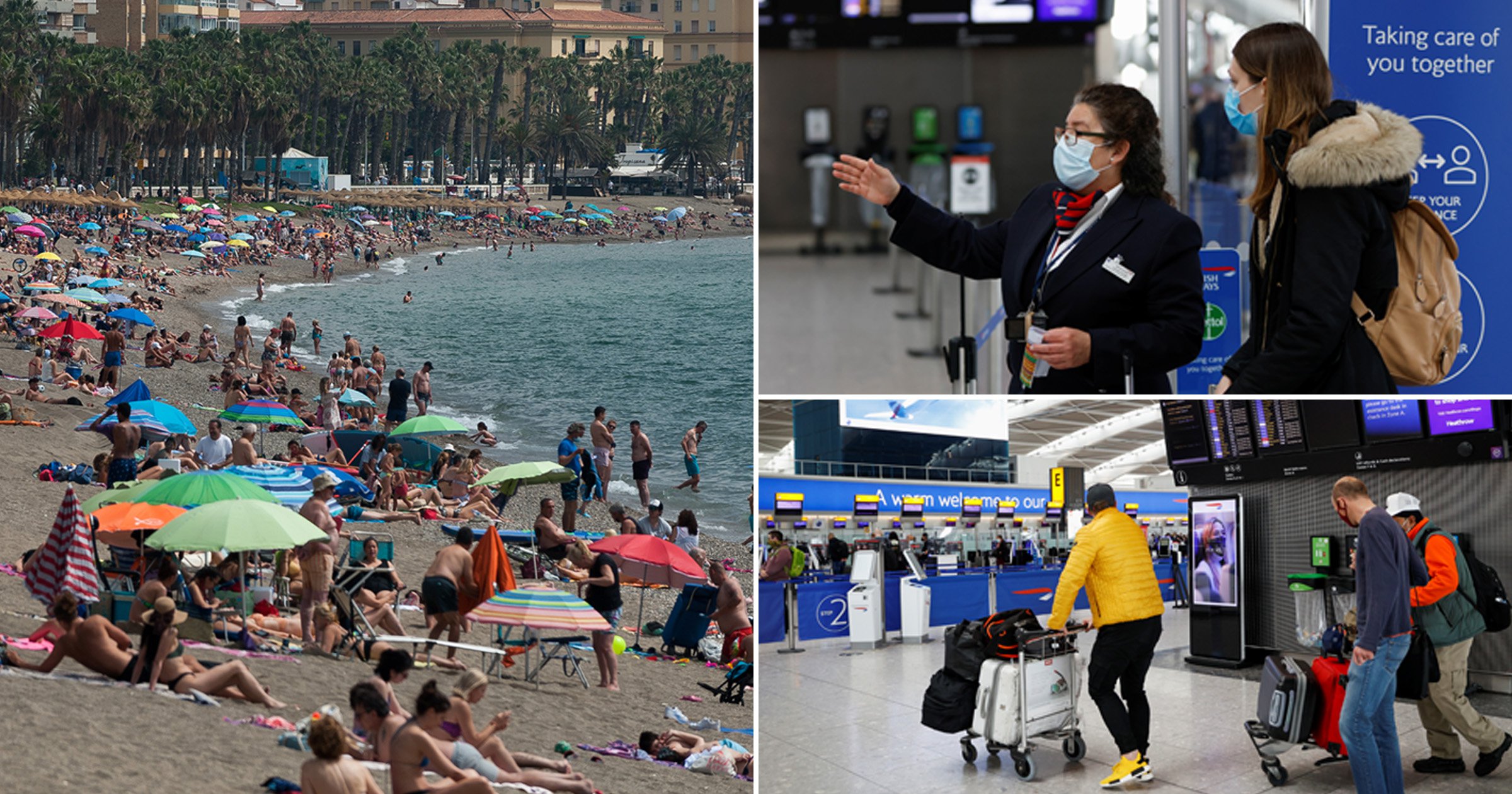 Up to 100,000 people are expected to fly from the UK to Spain this week despite official warnings against holidays abroad.

The country is on the ‘amber’ list of destinations, many of which have now opened their gates to UK travellers.

Government travel rules state ‘you should not travel to amber list countries or territories’, with Boris Johnson pleading with Britons last week only to visit them for essential work or family-related reasons.

Around 30 direct flights to Spain will take off today, and are set to reach 65 a day later this week.

It follows a bookings rush for the UK’s most popular holiday destination after the Spanish government green-lighted UK tourists for unrestricted entry.

Around 16,000 passengers daily will fly to the country over the course of the week, according to analysis by the Daily Mirror.

Beaches and local hotspots are already getting busy as a growing number of local Spanish authorities have lifted domestic travel restrictions and curfews on their own citizens.

Business Minister Anne-Marie Trevelyan told Sky News this morning that amber means ‘please don’t go unless there is an urgent family reason and so on’.

‘We are still trying to slowly move through our road map to being able to open up on June 21 and we want to do that in a steady and careful way.’

‘At the moment, today, that means amber countries really aren’t safe to go to.’

She later told Times Radio: ‘The reality is, at the moment, amber countries are still not meeting the criteria for our scientists to say that they should be green.’

One in five adults in Britain plan to travel within the next three months, according to a survey by the L3Harris Airline Academy.

Nearly a fifth said they had already booked flights to Spain or would visit it once Covid restrictions ease – more than double the next-most popular destination of America.

‘They are welcome to our country without restrictions and without health requirements.’

The pandemic caused a 75 per cent drop in trips abroad from over 90 million in 2019 to 23.8 million last year, according to figures from the Office for National Statistics (ONS).

Meanwhile, the number of people visiting the UK from abroad fell by nearly three quarters, from more than 40 million in 2019 to 11.1 million in 2020, causing a shortfall to British businesses of nearly £30 billion.

In a pandemic?! Woman’s fury as 100 people flock to play area at park despite lockdown