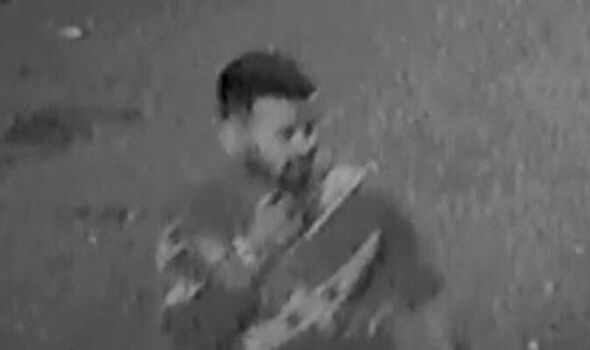 The police have launched a manhunt after a woman on a night out was allegedly raped by a man in Bristol. Avon and Somerset Police said it happened between 3.30am and 4.30am on Sunday, October 30.

The woman, who is in her 20s, had been at a bar with friends and was making her way home alone when a stranger approached her, according to the force.

Detectives said a number of people were passing by on foot and in vehicles as the alleged attack happened.

They are keen to hear from anyone who was in Denmark Street at that time.

The force also wants to hear from people with dashcams or mobile phone footage of the area at that time.

Detective Sergeant Toby Hayes said: “We’ve referred the woman to specialist support and are carrying out a thorough investigation while being sensitive to the trauma of her experience.

“This appeal is just one of our lines of enquiry but I would urge anyone who was on Denmark Street between 3.30 and 4.30am to come forward.

“You might not realise it but you could have the key piece of information we need.”

The police have also released the image of a man they want to trace as part of their investigation.

He was seen in the area at the time and is described as being in his late 20s or early 30s and about 5ft 7ins tall.

Victims of recent or not recent rape or sexual assault can self-refer to The Bridge, a Sexual Assault Referral Centre available 24/7 365 days a year. Visit their website or call 0117 342 6999.

You can also visit thisisnotanexcuse.org for details of charities and organisations which are expert in supporting victims.

If you feel unsafe in a public place, you can report it via the StreetSafe tool.

The tool helps to inform police forces’ approach to protecting women and girls.

It also allows the police and their partner organisations to target particular areas of concern.

Pensioners told to sign up for benefit to free up thousands of pounds – are you eligible?

Queen news: Does the Queen congratulate US Presidents? Has she recognised Biden?