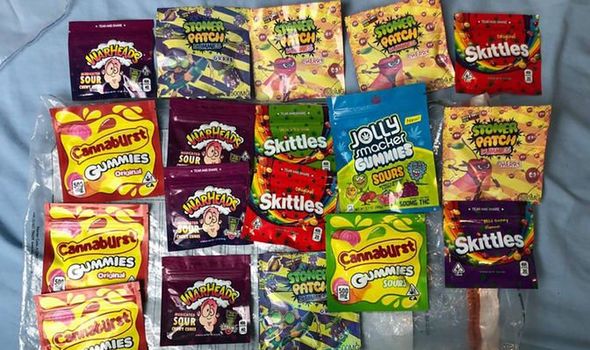 Families are being warned to be wary after police seized drugs in colourful packaging which can be easily mistaken for that of popular treats. They were found during just one operation by Met Police and British Transport Police in posh Kingston-upon-Thames, southwest London, yesterday.

Police have shared photos of the offending packaging to make families aware of their dangers, My London reports.

“We see the crime that it brings as through addiction, people turn to robbery and burglary to fund their habit,” a spokesman for Kingston Police, part of the Metropolitan Constabulary, said.

“These drugs are clearly marketed towards your kids, so we were very happy to take them off our streets.

“Until it is legalised, we will continue to keep our residents safe and keep drugs and the connected crime off our streets.”

Currently drugs are illegal in the UK and those caught in possession can face up to seven years in prison.

During the same operation, police also arrested 12 other people on suspicion of offences relating to fare dodging on public transport.

Passengers are urged to report anything suspicious to the British Transport Police.

Imam calls for gardaí to investigate radicalisation of groups

Beavers brought in to beat flooding in Britain