Mike Pompeo said the US will “never put American information in a place that we don’t deem it safe” amid controversy surrounding China’s Huawei. Australia, New Zealand, Japan, Taiwan and the US have chosen to ban Huwaei after claims information would be shared with the Chinese. But Boris Johnson gave the green light for Huawei to build non-core elements of Britain’s 5G network.

Speaking to Iain Dale on LBC, Mr Pompeo said: “We said we were disappointed, we view the intrusion of the Chinese Communist Party and to information technologies systems as a very great risk, a national security risk as well as a core privacy risk.

“If your health records are on a system that belongs and is controlled by the Chinese Communist Party, that’s not something you’d probably choose in the first instance

“So we are looking forward to working with our United K partners on the security elements of this and then working alongside them to develop what we think about as trusted networks.

“It’s not about Huawei, it’s about ensuring that the information that we put our citizens’ data on is secure and safe.” 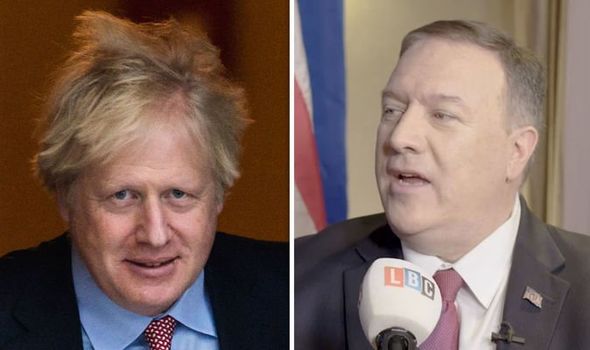 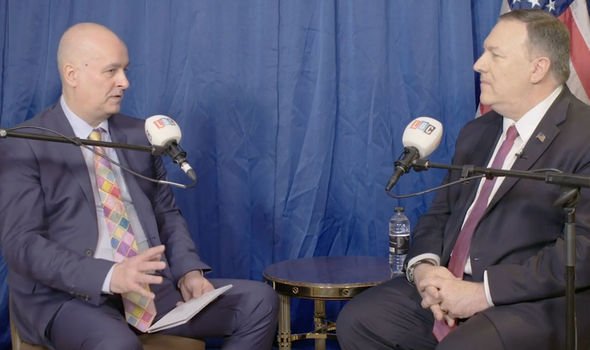 Mr Pompeo added: “We had hoped that they would follow our lead and ban Huawei products from our marketplace, that’s right.

“We had hoped that they would follow our lead and ban Huawei products from our marketplace, that’s right.”

The LBC host said: “But isn’t the problem here now that Britain has given cover to Germany and Canada to do the same thing?” 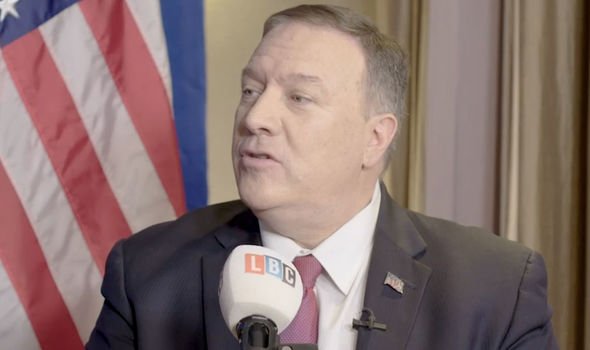 The US Secretary of State continued: “Just as with the United Kingdom I hope they make their own sovereign decision.

“They’ll make the choices that they think are in the best interests of their own people.

“Our view of the technology and the data is that putting this Chinese technology inside these systems is very difficult to mitigate.

“The United Kingdom came to a slightly different conclusion. 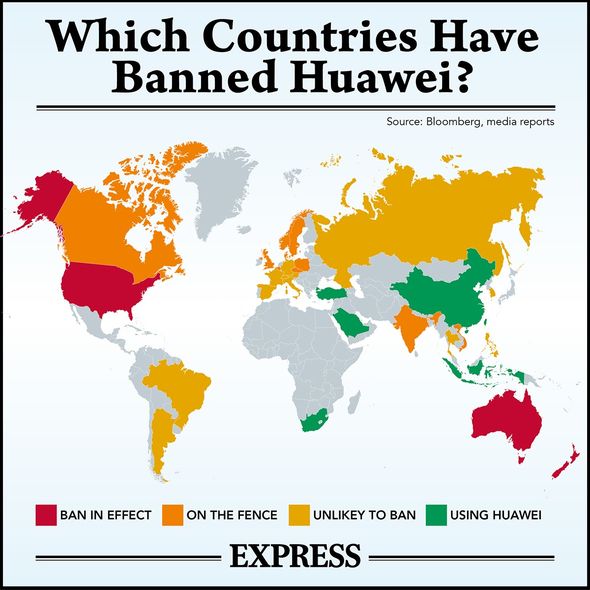 “Now we have a responsibility to do two things: one we need to continue to talk to them about the risks as we see them so they can continue to develop their plans and policies.

“And then we have an obligation to protect American information that might travel across these systems as well.”

Huawei will be allowed to play a limited role in the UK’s 5G network, but will be banned from operating in sensitive sites such as nuclear and military facilities.

Opponents of the plan feared allowing the Chinese tech company to build the network would be handing control of infrastructure to Beijing.

Suspects in novichok linked to deadly explosion in Czech Republic