Dr Helen Wall, senior officer for the vaccine programme in Bolton, said there were only a handful of Covid patients in the region’s hospitals who had been fully vaccinated. She said: “The people who are going into hospital are largely people who have only just become eligible for their vaccination. We have significant numbers of 30 and 40-year-olds going in and obviously they’ve only just in recent times become eligible.”

Dr Wall revealed most people in hospitals had not been vaccinated or had received only one dose.

She stressed the importance of second doses and said there were also tens of thousands of young people who have only just become eligible “that we need to get vaccinated really rapidly now”.

She added: “In terms of how ill they’re getting, I think the vaccine definitely seems to be working.

“We are not seeing, certainly, not many people as sick as we would have done pre-vaccine.

“Certainly, the picture in hospital is much better to previous times when we’ve been at this position.” 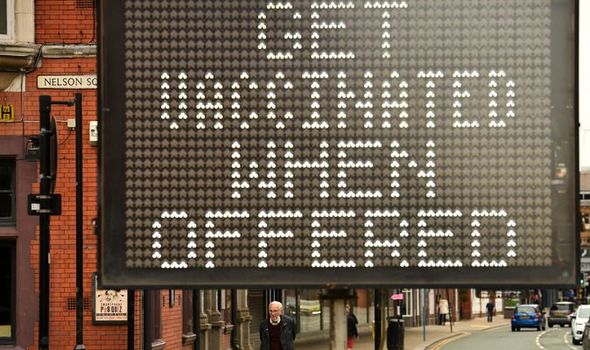 Asked how many patients in hospital have had two doses, Dr Wall said: “There are literally a handful of people who have been double-vaccinated.

“Some of those will have only had the second vaccine recently and it takes two to three weeks for that second dose to give you the full protection.”

Despite concerns about the Indian variant, one expert yesterday said it was “hard to see any reason” why the planned lifting of restrictions on June 21 could not go ahead. 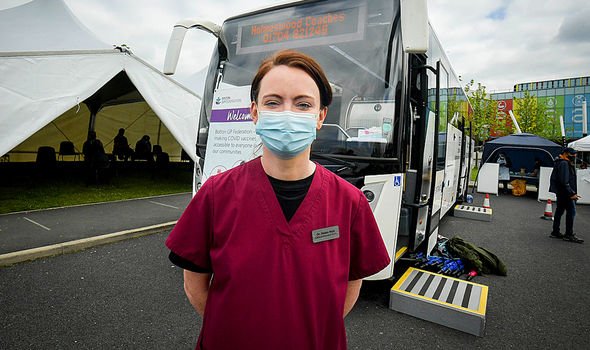 Robert Dingwall, a sociology professor and a member of the New and Emerging Respiratory Virus Threats Advisory Group, said people being admitted to hospital were “predominantly unvaccinated”.

He added: “The vaccines are doing their job in protecting the most vulnerable, the oldest.

“The infection is being driven into smaller and smaller pockets, and we really have to just pursue it with the vaccines.”

But Professor Christina Pagel, from University College London, said the roadmap may need to be delayed.

She said: “We have weakened the link significantly between cases and hospitalisations, but we haven’t broken it. What I don’t want is to have new restrictions.”

Surge testing and genomic sequencing is being expanded across parts of Lancs, including in Burnley and Pendle, following a number of cases of the Indian variant.

A British nurse is the chosen superhero in new Banksy artwork

Tier 4 review date: How long will Tier 4 last? When can I see family again?