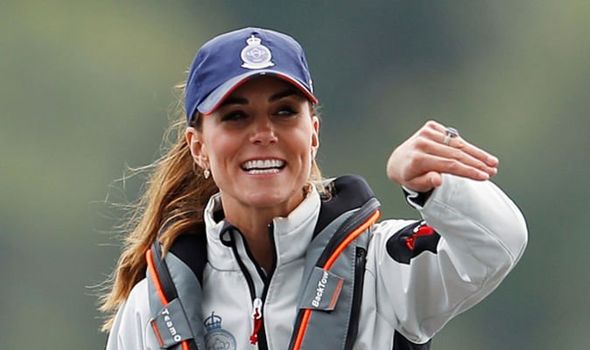 Kate has an ancestor who was a convicted 19th-century pirate, which means young Prince George, currently third in line to the throne, will be Britain’s first Pirate King. And no, this isn’t the script for the latest Pirates Of The Caribbean blockbuster, but the ho-ho-honest truth. Follow back George’s family tree on his father William’s side for a few generations, and you come to the daunting figure of Queen Victoria, mighty Empress of India and ruler of half the world.

But dig deep on the Middleton family side, and you’ll discover the swashbuckling figure of Tom Webster, a man so rascally he’d dispatch Cap’n Blood to Davy Jones’s locker before you could say pieces of eight.

I came across this exciting royal ancestor recently, when revisiting my research on the Duchess of Cambridge’s astonishing family. Back in 2010, I revealed that far from the bland upper-middle class Home Counties girl most people took her for, Kate Middleton turned out to have a dazzling array of forebears – from coal miners, bakers, and charwomen to joiners and hatters, as well as the more upmarket writers and lawyers.

One person who escaped my attention at the time was the man who is the future King’s five times great-grandfather.

Born in poverty in County Durham at the end of the 18th century, Thomas Hay Webster started life as a grocer’s boy, but soon took to sea and to a life of crime.

In his teenage years, he fetched up on the shores of Dymchurch in Kent, and joined the infamous Aldington Gang – also known as The Blues – whose piratical midnight sorties across the Channel gave them folkhero status among working people. The Blues were capable of any act of piracy, but their speciality was smuggling. 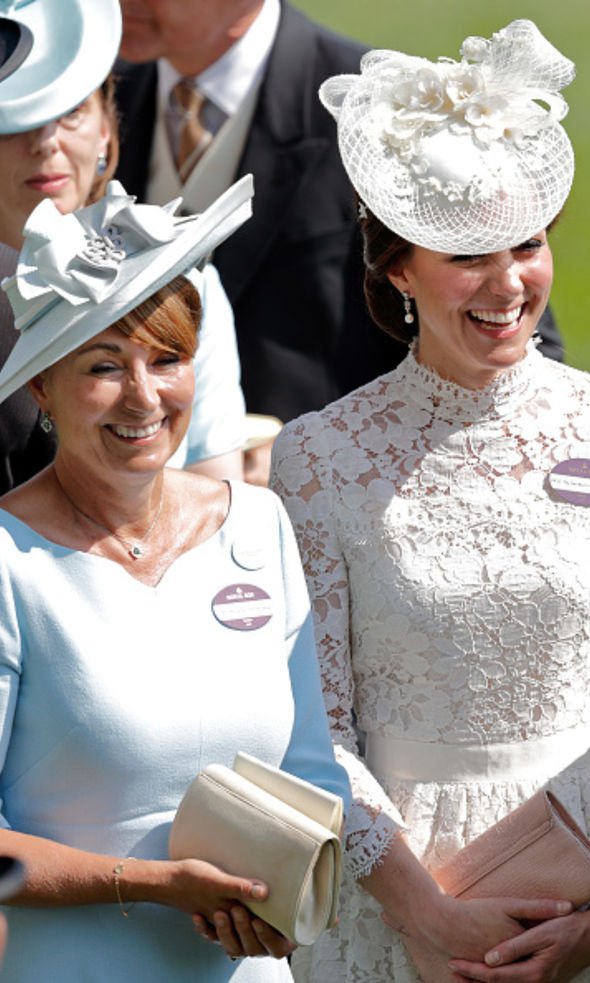 All went well for Tom until an incident in 1821 involving an attempted arrest by a naval blockading party. He was charged with “maliciously shooting” a Royal Navy officer. Thirteen other men were charged with the same offence, and all were sentenced to death. For some reason, Tom escaped the gallows, but his life of crime had only just begun.

Soon he was back before the courts, once again accused of assaulting anti-smuggling government agents.This time he served a jail sentence, but once again escaped with his life – he could have been hanged.

A bit less fly than Johnny Depp’s Jack Sparrow but lucky with it,Tom did time here and there for a variety of offences, but indeed the term swashbuckling could have been invented to describe his many adventures.

Just like Jack Sparrow, he loved the sea and he loved adventure. But the law, which he so loved to break, was slowly catching up with him and in 1849 – just when Queen Victoria’s reign was reaching its zenith – Tom was forced to stage his own suicide, apparently drowning in the River Thames.

For a time the deception worked. Long ago, he’d left behind his long-suffering wife and four children in Hartlepool, but when she heard of this supposed death she was distraught and instantly donned widow’s weeds. Needless to say our jack-the-lad had left her penniless, and she had to go, cap-in-hand, to a variety of charities to be bailed out. Then one day in 1850 Tom, who’d been hiding out in Docklands, was spotted and reported to the police. 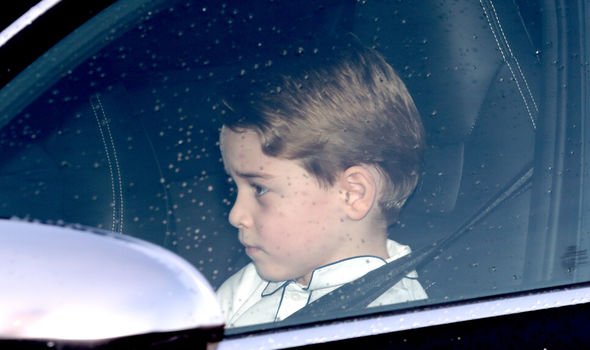 A Sergeant Waters of the local Durham constabulary set off in a horse-drawn coach from Hartlepool, racing through the night to catch his man. After a 270-mile chase he found his prey skulking below decks on a sailing ship called the Protector, which was just about to set sail for California.

Tom had signed on as the ship’s cook, pinning his hopes on a new life in the United States – but it ended with him doing his porridge in Durham Jail instead. The charge-sheet stated he was a “rogue and a vagabond” – just the sort of description Jack Sparrow would love!

Meantime, Elizabeth was the last to hear her husband was still alive – she’d spent the past year in mourning, wearing her widow’s weeds. But still she loved him.

So what happened in the end to this old sea salt? In the world of pirates, they say, dead men tell no tales – and that’s certainly the case with Tom Webster.

There is plenty to discover about his life, but no record of his death – where, or when, or how.

Did he walk the plank and plunge to his death in Davy Jones’s Locker? Or die in the arms of his ever-loving wife? I fear we shall never know – but we do know what happened next, which links this piratical figure with our future King George. 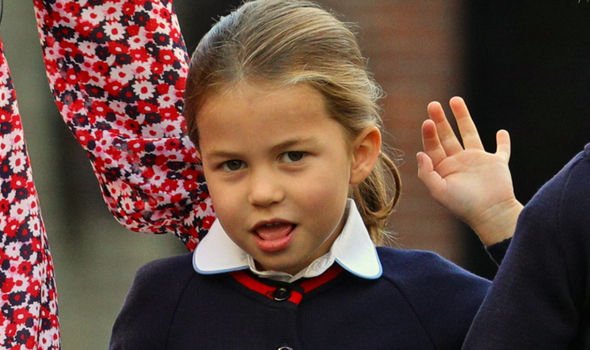 He left behind a son – also Tom – whose daughter Elizabeth married a carpenter, Thomas Hill, who worked on the ships in the North-east.

Their son Tom made the break with the north-east and brought his carpentry skills south to London during the 1940s, seeking a better life away from the mines.

And his daughter Dorothy became Carole Middleton’s mother – the rest we know.

Except perhaps that Prince George’s sister Charlotte could have been named after a parrot, which itself may once have belonged to a pirate.

Many people assume William and Kate’s daughter was named after Princess Charlotte, daughter of the future King George IV, and heir to the throne until her sad death at the age of 21 in 1817. And she probably is.

However, the most recent member of the royal family to bear that name was not a princess but Charlotte, the parrot belonging to King George V – whose wife Queen Mary once bitterly complained he loved the bird more than he did her. 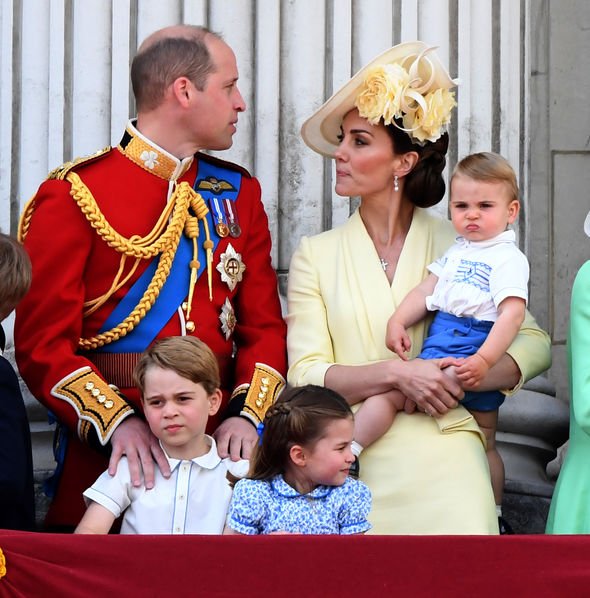 Charlotte had no proven piratical connections, though you can’t be sure – her royal owner picked her up in Port Said, Egypt, in 1881 after a night out with the boys while serving as a Royal Navy midshipman. Where she came from before that, nobody knows.

So much did King George love his Charlotte that she attended his Privy Council meetings, and at breakfast would stroll unhindered across the dining table, helping herself to everybody’s boiled eggs.

But if Queen Mary hated Charlotte, our present Queen used to adore playing with her as a child.

If the story of Tom Webster serves any purpose, it illustrates the happy fact that Prince George, now six years old, will be the first King of this nation to have working-class origins as well as the blue blood which has coursed through the veins of our monarchs since King Athelstan became the first sovereign of England 1,100 years ago.

Tom wasn’t the only royal ancestor who put to sea – King William IV, known as Sailor Bill, was the nation’s Lord High Admiral, appointed in 1827, just about the time Tom was getting locked up again for a spate of cross-Channel smuggling.

Of the two, I know which one I’d rather splice the main brace with.