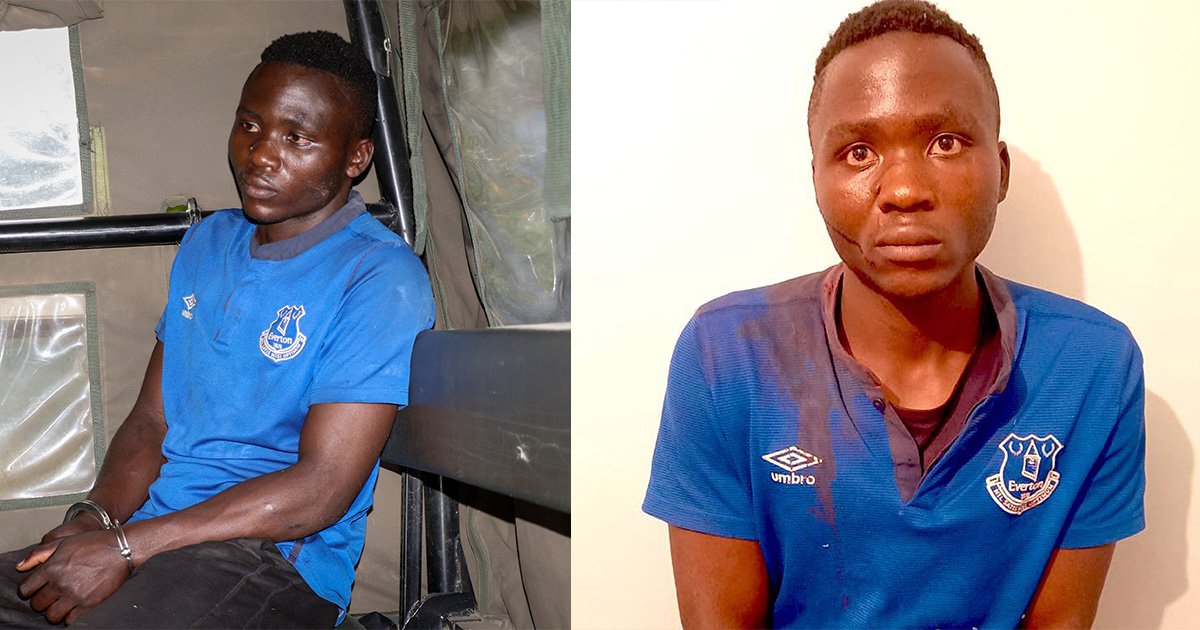 A serial killer who murdered at least 10 children in Kenya has been beaten to death by a mob after escaping from a police station.

Masten Wanjala began his killing spree aged 15 and posed as a football coach in Nairobi to trick victims.

He was arrested in July but somehow escaped, raising serious questions about policing in Kenya.

The country’s directorate of criminal investigations said ‘bloodthirsty vampire’ Wanjala, 20, ‘single-handedly massacred his victims in the most callous manner, sometimes through sucking blood from their veins before executing them’.

Victims were ‘stupefied using a white substance’ which they were forced to drink, or sprayed with.

Wanjala then dumped their bodies in dense bushes in Lower Kabete, or sometimes in sewers.

The case against Wanjala appeared a slam dunk and police vowed to deliver justice for families of the dead children.

They said he had already confessed to the murders, but before it came to court he ‘mysteriously disappeared’ during the morning roll call.

Special service agents were sent to re-arrest the ‘beast’ but he was killed near his home in Bungoma county on Thursday, a day after escaping from police cells.

Authorities said Wanjala was identified after he played with locals in a football match. Some then trailed him and beat him to death.

Kenya’s DCI tweeted yesterday: ‘The law of the jungle as applied by irate villagers prevailed.’

Most of his victims were boys aged 12-13 and the majority of killings took place in the capital Nairobi, but others were killed in eastern and western parts of Kenya.

In some cases he took them as hostages for ransom.

So far, five bodies have been recovered.

Three police officers have been charged with aiding the escape of a suspect and negligence.

Calls for chiefs to resign over the botched handling of the case have been made.

It’s caused fury among Kenyans who wanted Wanjala to be questioned in court about why he committed the horrific murders.

Deal or no deal – how are EU countries preparing?

Orpington bus crash: One dead and 15 injured as two buses and a car clash in South London