Diana would be 'incredibly saddened' by Princes feud says Morton

Archie and Prince Charles had the chance to be reunited during the Platinum Jubilee weekend, a royal source has claimed. And this reunion has been described as “very, very special” for the Prince of Wales.

Speaking about the Duke and Duchess of Sussex’s trip back to the UK earlier this month, the source said: “It was fantastic to see them.

“It was wonderful to have them back in Britain.

“The Prince and the Duchess were absolutely thrilled to see them.

“The Prince, of course, hasn’t seen his grandson Archie for a bit of time and so it was very, very, very special to have some time with him.” 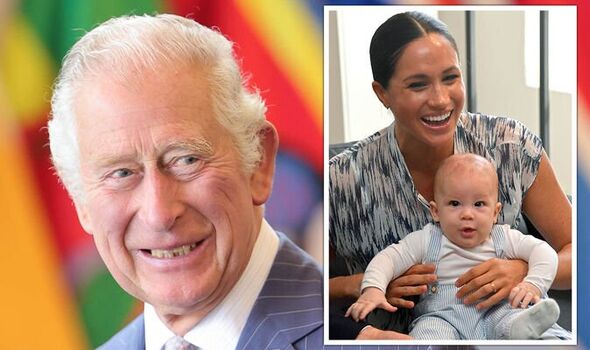 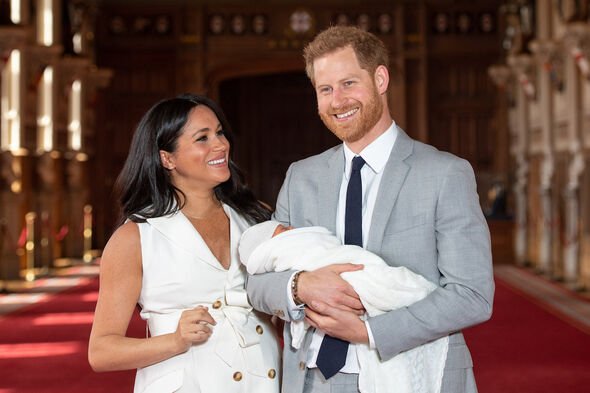 Prior to Meghan and Harry’s return to the UK to celebrate the Queen’s Platinum Jubilee, Prince Charles last had the chance to spend time with his grandson in person in November 2019.

In that month, Archie left England with his parents and travelled to Canada, where the Sussexes spent a six-week break from royal duties.

Archie never joined the Duke and Duchess of Sussex in their trips back to the UK until the extended Jubilee bank holiday weekend.

Archie travelled also in the company of his younger sister, Lilibet ‘Lili’ Diana. 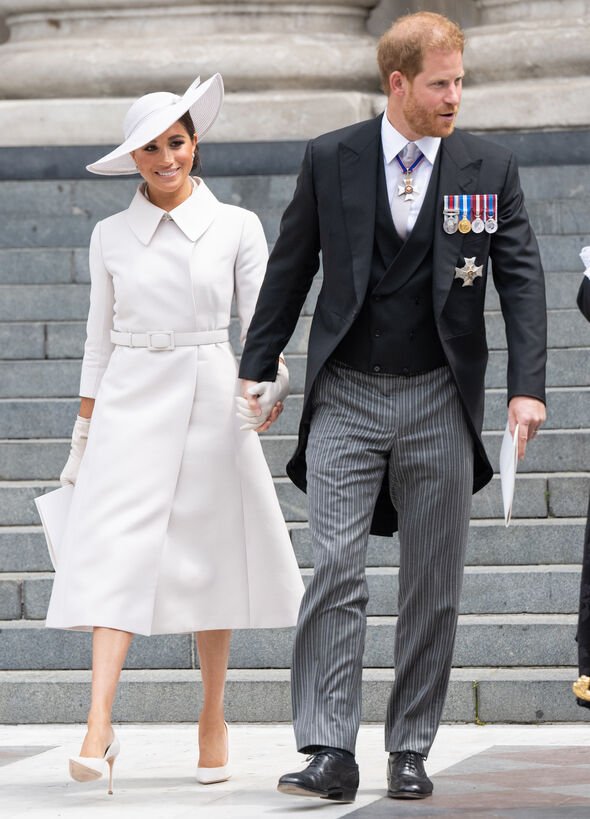 The source also discussed the first face-to-face meeting between Charles and the tot.

Speaking at the briefing of Clarence House’s annual review, they said: “He hadn’t met Lili, his granddaughter, and so to meet her was very emotional, a very, very wonderful thing.”

Lili was born on June 4 last year at a Santa Barbara hospital and, prior to her trip to England, is not believed to have never left California.

As her first birthday fell in the midst of the Platinum Jubilee celebrations, Lili’s parents marked her special milestone by throwing a garden party for close friends and family. 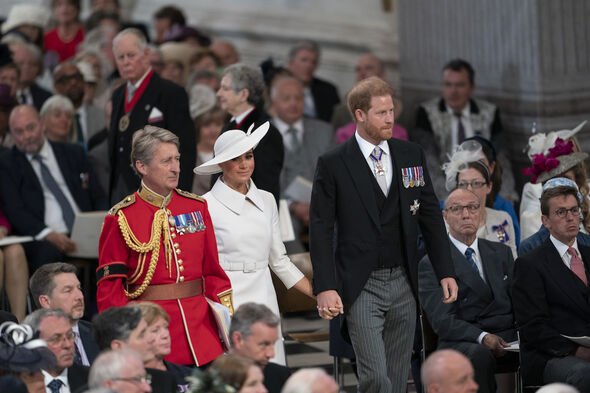 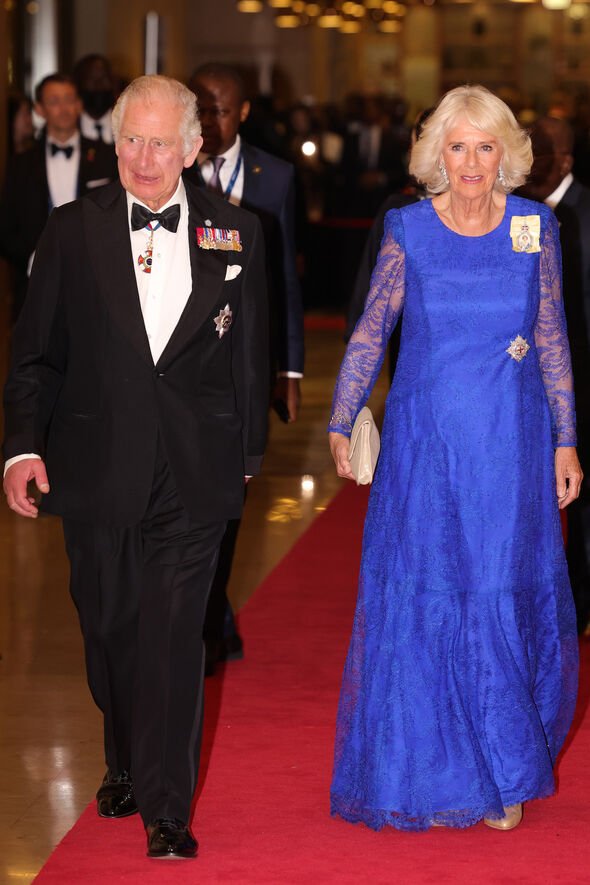 While a list of the attendees was not disclosed, it has been reported Zara and Mike Tindall attended the birthday bash with their three children – Lena, Mia and Lucas.

During the party, photographer and friend of the Sussexes Misan Harriman took pictures of the child and later released two.

One, an official portrait, showed the child smiling while sitting on the grass.

Another picture featured Meghan holding her daughter in her arms. 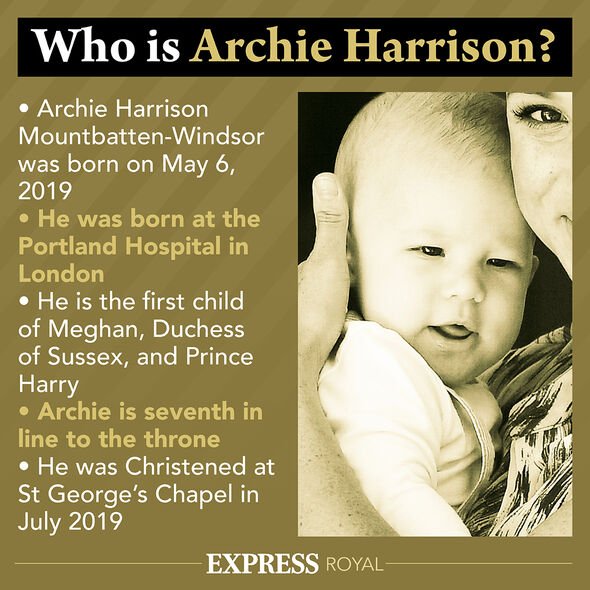 Prince Charles’s reunion with the Sussexes came after reports of a fractured relationship between the heir to the throne and his second son.

During the Duke and Duchess of Sussex’s landmark interview with Oprah Winfrey aired in March last year, Harry said there was “a lot of hurt that’s happened” while speaking about his relationship with the Prince of Wales.

Nevertheless, he said: “I will continue to make it one of my priorities to try and heal that relationship.”

Speculation over the state of the father and son relationship continued as the Duke recently sidestepped a question regarding Prince Charles and Prince William. 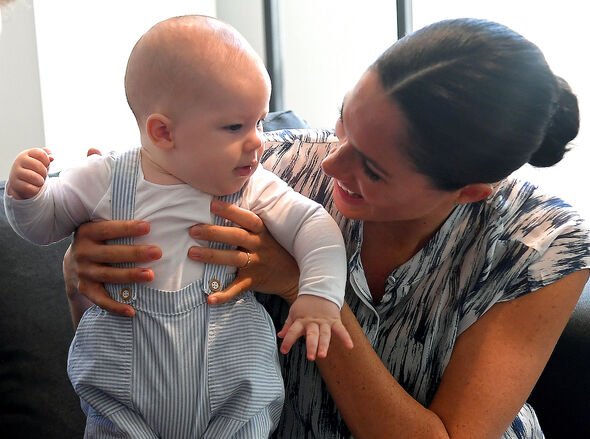 During another televised interview filmed in April, while Harry was in The Hague for the Invictus Games, the Duke was asked by broadcaster Hoda Kotb whether he was missing his family at home.

He said: “Yes. I think especially over the last two years, for most people, have they not missed their family?

“The ability to even get home and see them? Of course. That’s — you know, that’s a huge part of it.”

Prompted to say whether he was missing Charles and William, the Duke said: “Look I mean, for me at the moment, I’m here focused on these guys and these families and giving everything that I can, 120 percent to them to make sure they have the experience of a lifetime. That’s my focus here.

“And when I leave here, I get back and my focus is on my family who I miss massively.”