Recipients of Victoria Cross and George Cross have been invited to attend the Queen’s funeral on Monday, a news report has stated. According to the Telegraph, 17 of the 23 living recipients will be attending the Queen’s funeral with some flying halfway across the world to make it.

The Victoria Cross is the highest decoration of military valour in the British honours system.

The George Cross is the highest civilian gallantry award.

The recipients are among the 500 dignitaries, including several international political leaders and members of foreign royal families who will be flying to London to pay respect to the Queen.

According to the report, four Australian recipients of the Victoria Cross have been invited. 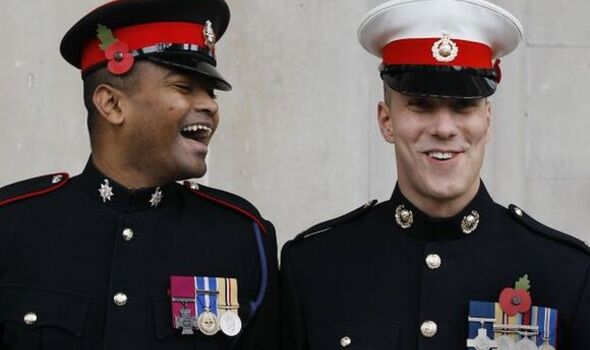 All four are expected to attend.

Mr Roberts-Smith told the West Australian newspaper: “I have a very deep respect for Her Majesty and everything that she has sacrificed in her life and what she has achieved.

“She has been a magnificent monarch, she has been a stoic leader, and importantly she was also a lovely lady.”

Collective George Cross awards can also be made.

The NHS, Malta for its Second World War effort and the Royal Ulster Constabulary have all received the honour in the past.

Recipients from all three of those winners will be taking part in a procession of patronages from Westminster Abbey to Wellington Arch at the end of the funeral.

Lord Ashcroft, who owns the world’s largest collection of VCs, more than 200 medal groups, said: “It is a lovely gesture to invite all the living recipients of the VC and GC to the Queen’s funeral.

Lord Ashcroft, who owns the world’s largest collection of VCs, more than 200 medal groups, said: “It is a lovely gesture to invite all the living recipients of the VC and GC to the Queen’s funeral.

“These individuals are ‘the bravest of the brave’ and it is entirely appropriate that they are honoured in this special way.”

The Queen’s coffin was taken to Buckingham Palace after it was flown from Edinburgh to London on Tuesday evening.

It has since been carried to Westminster Hall on an open gun carriage of the King’s Troop Royal Horse Artillery, drawn by a team of black horses.

King Charles III, his sons the Prince of Wales and the Duke of Sussex, and other members of the Royal Family followed behind the coffin on foot.

COVID-19: A crisis for ‘years to come’ – How lockdowns put children under ‘unprecedented’ levels of distress