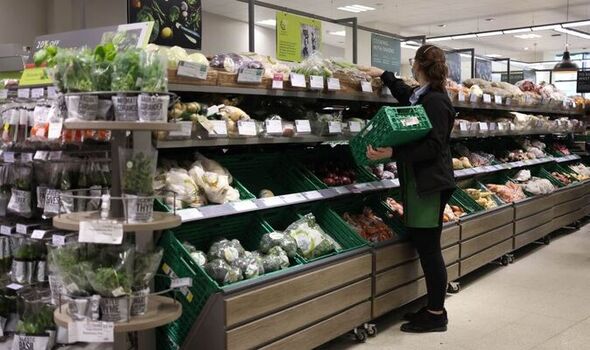 The charity Retail Trust, which supports those employed or retired from the industry, says more than two-thirds of store staff are stressed about going to work – while more then two-fifths have considered quitting.

Experts have been unable to find the cause of the rising number of incidents but they come amid the cost-of-living nightmare with prices soaring.

Employees, speaking on the condition of anonymity, said the level of violence has intensified.

A third revealed they get shouted at, spat on, threatened or hit each week. They told how some thugs have even threatened to attack them after their shift finishes – while other yobs have punched and assaulted them.

The Trust today launches a campaign to protect the wellbeing of the nation’s three million retail staff.

One worker in an electrical goods store said: “The only way to describe my job is that it is like being a human punch bag, every single day.

“It’s not just the occasional rude customer. There is a widespread lack of understanding from the public, who expect more than ever and insult us or get aggressive if they have to queue or an item is unavailable. It is relentless.”

Jane, 51, a check-out supervisor from Flintshire in Wales, said: “Getting abuse has become part of my job.

“I have had things thrown at me, been called names like ‘useless b****’ and been threatened. I refused to serve an energy drink to a young person and a group told me they would wait outside for me.

“It’s made me feel anxious about going to work.”

Some 90 per cent of those polled said they had been abused at some point with 84 per cent verbally assaulted and 31 per cent threatened.

More than a quarter do not bother to report the incidents.

Another worker said: “Recently a couple of women came to the store who were clearly shoplifting.

“They began to throw stock at me, punched one of my colleagues and one dug her nails into my head. It does weigh on your mental health.”

Chris Brook Carter, from the Trust, said: “Being verbally or physically attacked should never be part of anyone’s job.”