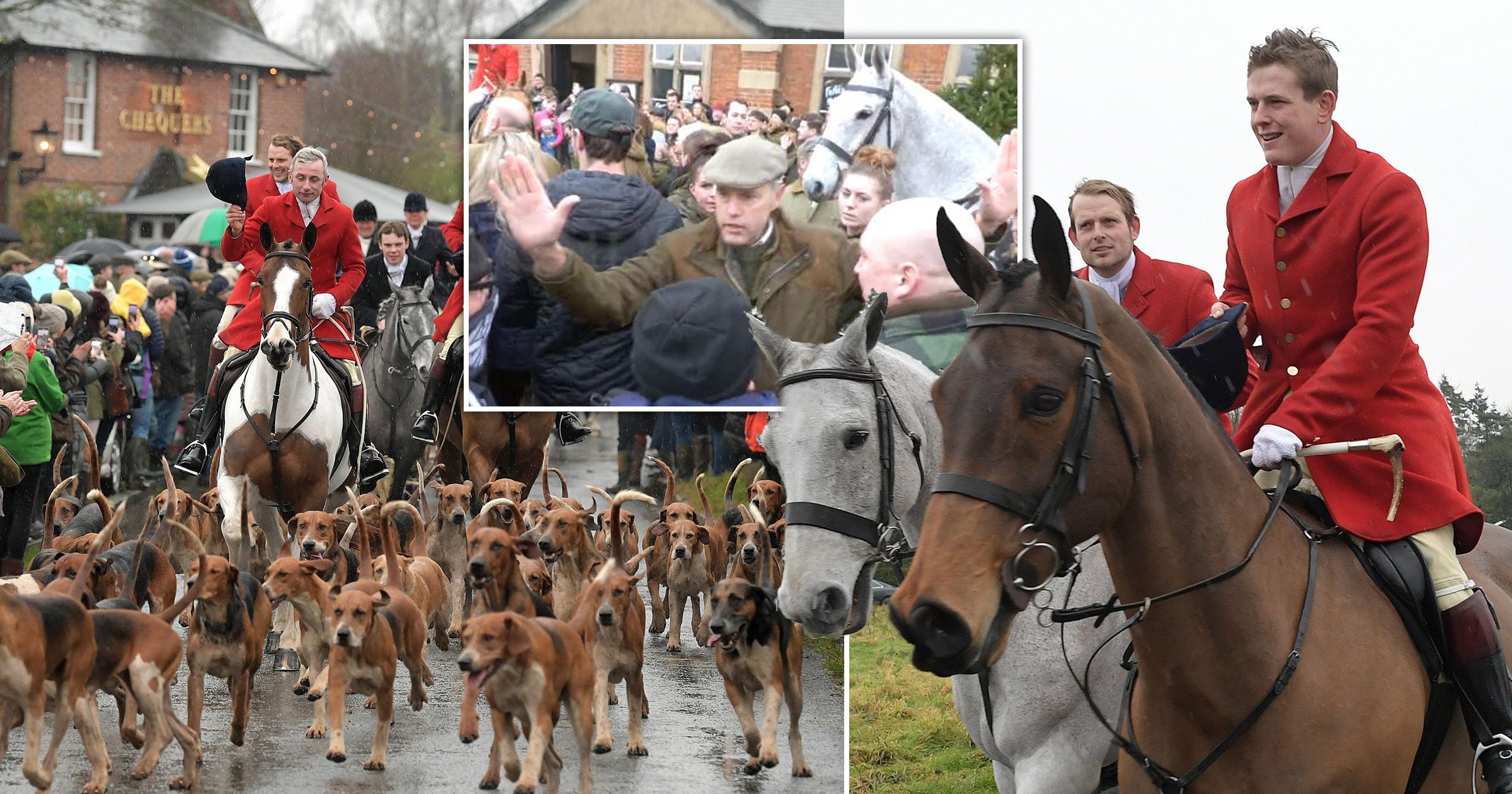 A post-Christmas hunt meet descended into a brawl on Monday as protesters and saboteurs appeared to clash with supporters.

Footage shared on social media appeared to show punches being thrown from each side as mounted riders moved through the village of Lacock, Wiltshire, for the annual Avon Vale Boxing Day Hunt.

Like most events of its kind, the hunt took place on December 27 this year because Sunday is seen as a day of rest by the hunting community.

It was not initially clear why fighting broke out or who engaged in it, although the clashes were mainly between protesters and a ring of men standing around the riders.

One clip appeared to show woman holding a sign being pushed to the ground without provocation.

The Hunt Saboteurs Association accused members of the community of ‘resorting to violence’, while the Avon Vale Hunt said it did not condone any violence supporters may have taken part in. No arrests have been made.

A spokesperson for the HSA said: ‘Fox hunters backs are against the wall and they’re increasingly resorting to violence as the pressure increases.

‘Boxing Day is the most prestigious day in the hunting calendar with the mainstream media watching on and still these violent thugs can’t behave themselves for a few hours.’

A statement from the Avon Vale Hunt said: ‘The hunt has been made aware of an incident that occurred just after the hounds had left the meet in Lacock today.

‘We do not know the circumstances but we do not condone violence even in the case of extreme provocation by anti-hunting protestors whose sole purpose is to antagonise those supporting a lawful activity.

‘We do not know if any hunt supporters were involved but we would like to thank the many hundreds of people who peacefully attended today in support of our hounds.’

The majority of traditional Boxing Day hunts went ahead this year despite concerns over Covid and renewed calls for a ban on the practice.

The Labour party has denounced allowing hunts on public and government-owned land as ‘completely irresponsible’, prompting accusations of being ‘anti-rural’ by the Countryside Alliance (CA).

Thousands of spectators turned out across the country to watch red-coated riders set out with their horses and hounds for the annual event, though many hunts were scaled back due to fears over the Omicron variant.

New restrictions and guidance in Scotland and Wales meant most hunts took place with participants only.

A spokesperson for Wiltshire Police said: ‘We were aware of a planned local hunt in Lacock today and officers attended at around 11am when concerns were raised about tensions between those involved in the hunt and protestors.

‘Officers remained on the scene to manage the two groups and they had dispersed by around 12.30pm.

‘At this stage no arrests have been made but our enquiries are continuing.’