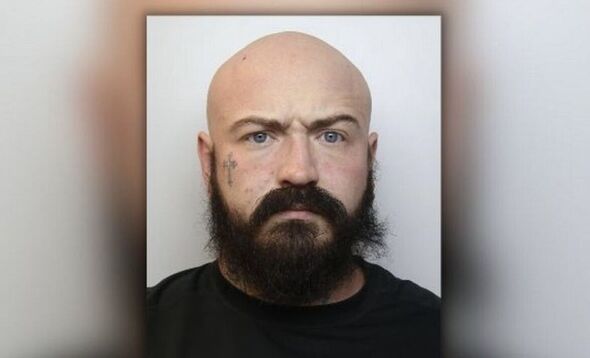 A violent rapist who claimed he was related to Tyson Fury coerced, viciously raped and assaulted his victims and forced them to eat their own faeces. Cheshire Constabulary received reports that David Fury-Walsh, 31, had raped and assaulted a woman in September 2021 and remanded him in custody. Other women came forward following his arrest, leading the case against him to include a series of charges, including rape and sexual assault.

He also pretended he was a relative of boxing champ Tyson Fury, and police said his behaviour quickly changed, and he started abusing the women.

His victims said he forced them to have sex on demand and faced violent retribution if they refused.

They added that, on two occasions, the thug forced them to eat their own faeces.

Fury-Walsh also abused his victim’s finances and took out loans in their names.

And he manipulated them into handing over their savings on false promises they would receive multiplied returns.

With the reports in hand, police built a case against him and charged him with 25 offences.

He was found guilty of each count following a three-week trial at Chester Crown Court that concluded on Wednesday, December 14.

Officers have remanded him in custody until his sentencing on February 6, 2023.

Detective Constable Jade Bannerman, who led the investigation, praised Fury-Walsh’s victims and branded him a “violent and manipulative bully”.

She added that he has now seen accountability for his actions.

Detective Constable Bannerman said: “Firstly, I would like to thank the victims for the courage and bravery that they have shown throughout this investigation.

“Fury-Walsh is a violent and manipulative bully, and even when faced with all the evidence against him, he refused to plead guilty to any of the charges.

“Instead, he forced his victims to relive their experiences in court, which could not have been easy for them.

“Thankfully, as a result of the statements provided by the victims, and the evidence we gathered the jury have seen through his lies and he is now being held accountable for his actions.”

Detective Inspector Robert Lees of Eastern CID said he hoped the case could encourage other women to speak out.

He said: “Nobody should have to experience what any of these women have been though and if anything can be achieved from this case, I hope that it encourages other victims of sexual offences to come forward and report them to us.

He added: “Victims should never feel ashamed to talk about what they have been subjected to.

“They will receive the help and support they need from our specialist officers, as well as from other support agencies we work alongside, and all victims of sexual offences have the right to anonymity.”