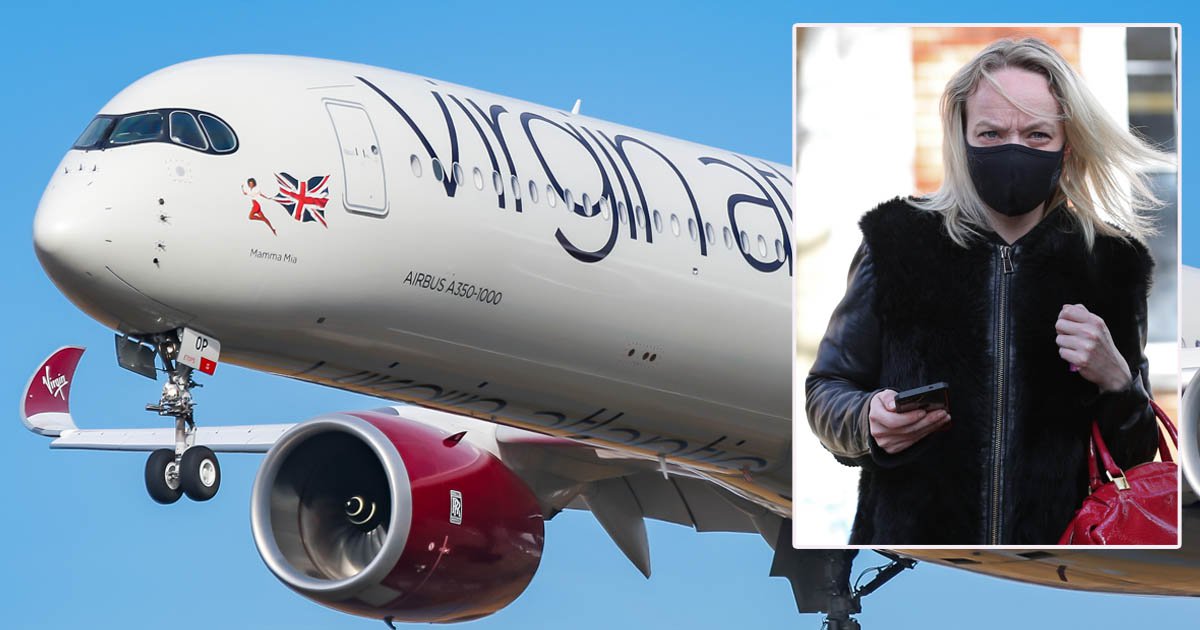 A first-class airline passenger who shouted ‘I hope this plane crashes’ during a drunken attack on a flight from Barbados to Heathrow has been spared jail.

Rachel Street, 41, from south London, ‘lashed out’ at Virgin Atlantic staff and pulled a woman’s hair following a “litany of abuse” while travelling back to the UK on January 5.

Appearing at Uxbridge Magistrates’ Court today, she was fined £10,000, made the subject of a 7pm to 7am curfew for six months and a rehabilitation requirement, and ordered to pay £1,000 in compensation.

Street previously admitted behaving in a threatening and abusive manner, entering an aircraft while drunk, failing to obey the pilot’s command to remain in her seat, and assaulting a female staff member.

Sentencing Street, District Judge Deborah Wright said: ‘You were travelling first class and you were in a situation where everybody was unable to escape from your conduct.

‘You behaved with a sense of self-entitlement and with no understanding of the fears passed on to passengers and staff.

‘Your behaviour was utterly appalling.’

Speaking of the common assault charge, the judge added: ‘You were drunk, you were 40,000ft above the ground, and it came at the end of an appalling litany of abuse.’

In a victim impact statement read to the court by prosecutor Martin Edwards, one member of staff said: ‘Wishing the aircraft to crash was some of the worst I have experienced.’

Another crew member described the incident as ‘very distressing’, adding: ‘I was shocked we had to hold her down.’

One passenger said she was ‘scared’ because she had her 18-month-old baby on the flight.

Street was moved from first class to the economy area of the plane after being ‘loud and abusive’, before barging back in and ‘lashing out’ at a flight attendant.

She was heard shouting: ‘I might end up in jail tomorrow, but I don’t care.’

She also declared ‘I hope this plane crashes and we all die’, and said she wanted to ‘punch’ members of the crew.

She was restrained and was arrested after the plane landed at Heathrow.

Jude Lanchin, defending Street, said she was ‘horrified at her own behaviour’ and had been ‘very disturbed by the effective blackout and behaviour she demonstrated’.

She was told she would serve six months in prison if she could not pay the £10,000 fine on Monday.