The UK government fears Russia could use peace talks as cover for a chance to regroup in its assault on Ukraine.

It’s believed Vladimir Putin could give bogus consent to negotiations as a ruse to rearm with no real intention of ending the invasion.

Foreign secretary James Cleverly warned Western powers need to be ‘very, very careful’ if the Kremlin sought to initiate negotiations purporting to seek an end to the conflict.

In an interview with The Daily Telegraph, he said there was a risk ‘a ceasefire is actually just used by Putin to train up more troops and to produce more ammunition and to refit his damaged armed forces and to rearm his armed forces’.

US president Joe Biden said this week he would be prepared to talk to Mr Putin if he was genuinely looking to end the war, something which has not happened thus far.

French leader Emmanual Macron defended his own talks with the Kremlin and said they would continue if they could produce ‘very concrete results’.

Mr Cleverly, who this week attended a meeting of Nato foreign ministers in Bucharest, sought to dampen any expectations Mr Putin would look to negotiate ‘in good faith’. 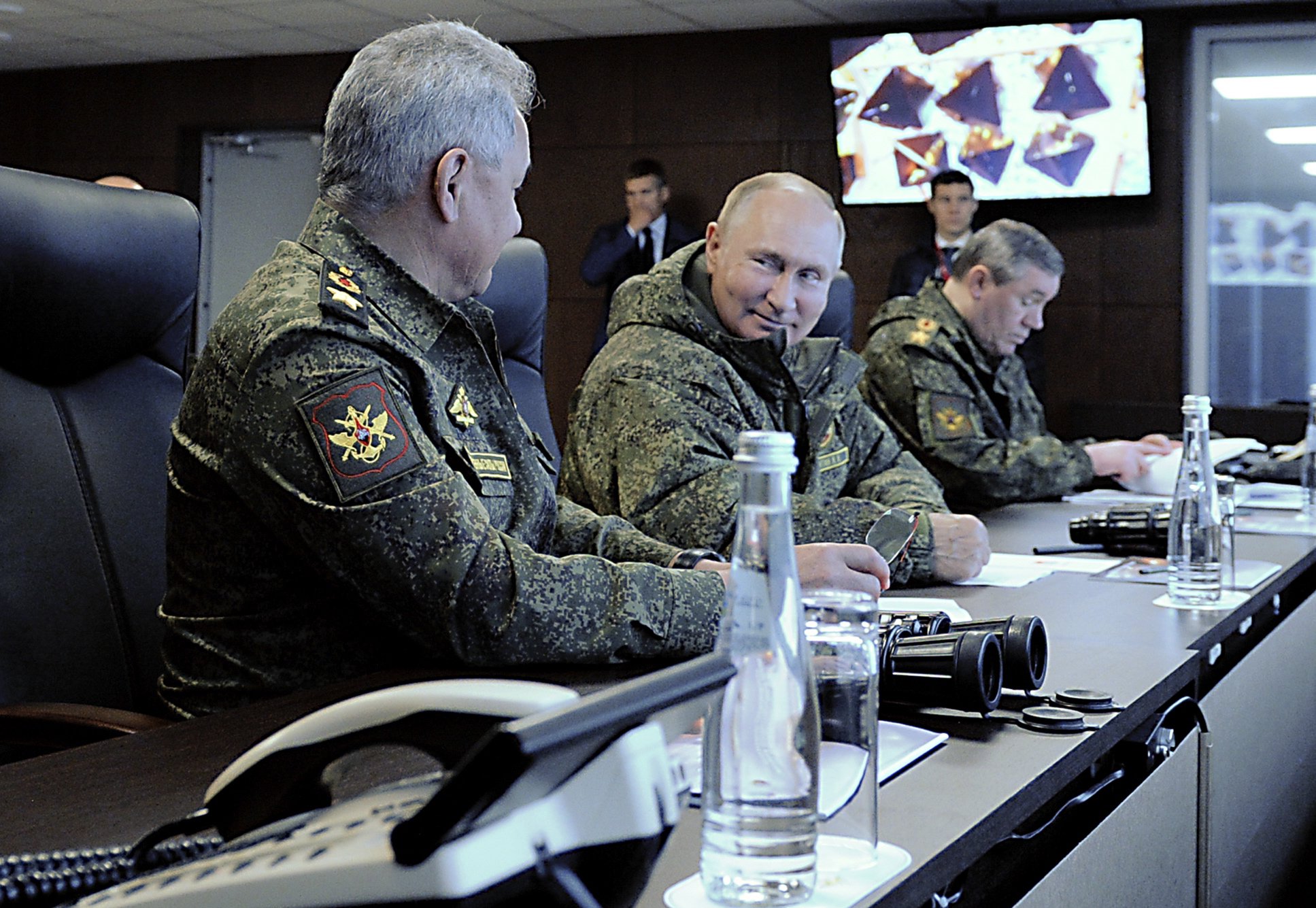 He said: ‘The point is that we’ve got to be very, very careful if “peace” talks – and I use the word “peace” in inverted commas there – (are) initiated by Vladimir Putin.

He said that if the Russians used any pause in the fighting simply as a break to rearm, there could be even further trouble down the line.

Mr Cleverley continued: ‘Then all that will happen is we’ll see exactly these scenes again, but maybe, what, I don’t know, six, 12, 18 months’ time.

‘What we have got to watch out for is a pause being utilised by Russia as just a way of making sure that its next phase of aggression is more effective than this current phase.

‘And actually what we saw is they were all building up towards this most latest wave of aggression.’