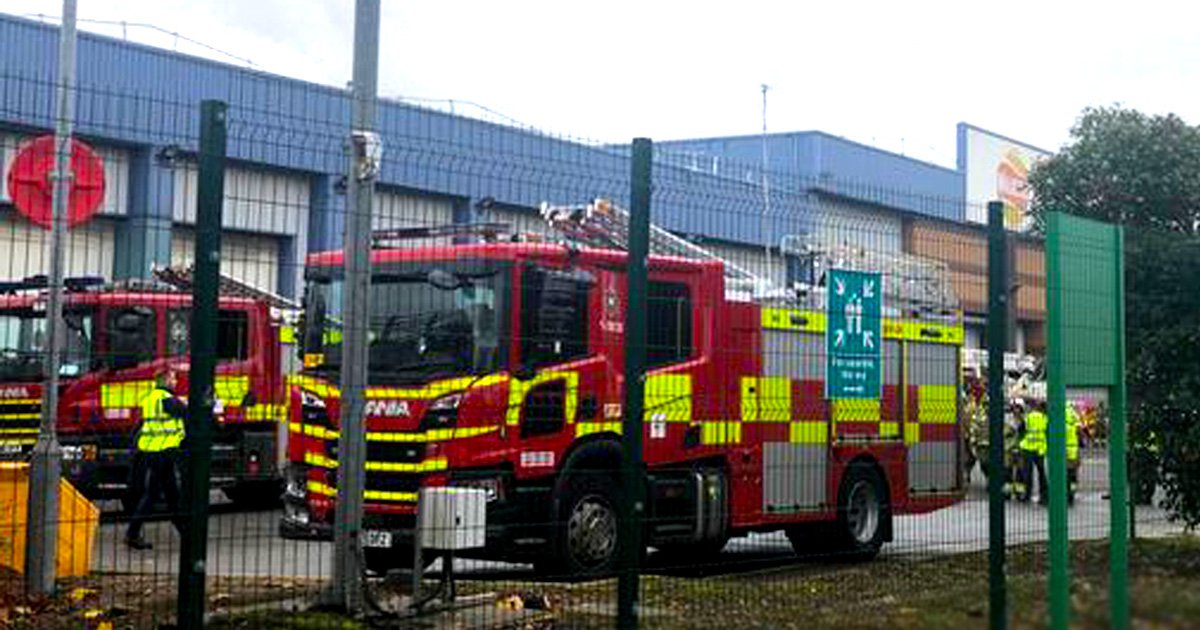 The Walkers Crisps factory in Leicester has been evacuated after a large fire broke out inside.

Firefighters were sent from across the city to tackle the blaze as the huge facility filled up with smoke.

The alarm was raised shortly before 10.45am this morning, according to Leicestershire Live.

A Leicestershire Fire and Rescue Service spokesperson said: ‘We received a call from the site stating that the factory filling with smoke, with the roof possibly on fire.’

A special unit was sent to cut away parts of the factory’s damaged roof in an attempt to pinpoint the source of the fire.

Rescuers confirmed that no casualties have been reported. At around 1.40pm they said the fire was still ongoing but had been scaled down.

In a statement Walkers said: ‘Our Bursom Road site, in Leicester, was safely evacuated this morning due to a fire on the roof of the building.

‘The fire has now been brought under control and the fire brigade remains on site as a precautionary measure. Everybody on site has been accounted for.’