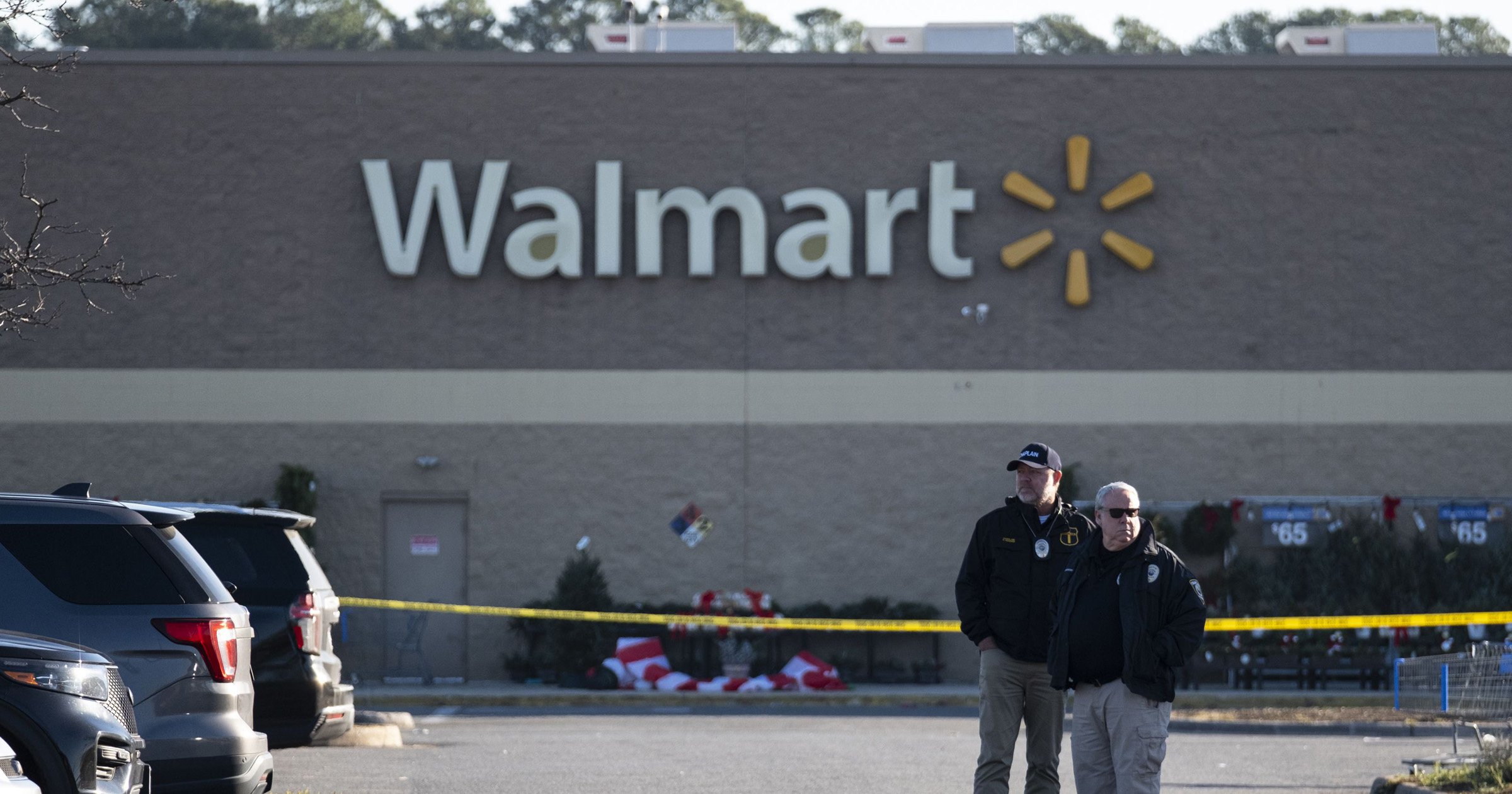 The shooter who killed six people and himself at a Walmart store has been identified as a 31-year-old overnight manager.

Walmart named the gunman as Andre Bing, who worked at the store in Chesapeake, Virginia, since 2010, according to The New York Times. Police also confirmed his identity.

Bing used a pistol in the shooting that happened on Tuesday just after 10pm, about an hour before the store closed, police said. He turned the gun on himself after opening fire on fellow employees.

Former co-workers said Bing’s shifts started at 10pm and that he supervised employees unloading grocery pallets, restocking shelves and cleaning. Bing taped the camera on his phone and said he feared that he was being watched by the government, two of his former colleagues told The Times.

‘Everyone called him weird,’ said Shaundrayia Reese, 27, who worked the overnight shift at the store from 2015 to 2018. ‘That was all anyone could say about Andre.’

Walmart stated: ‘We are shocked at this tragic event at our Chesapeake, Virginia store.

‘We’re praying for those impacted, the community and our associates. We’re working closely with law enforcement, and we are focused on supporting our associates.’