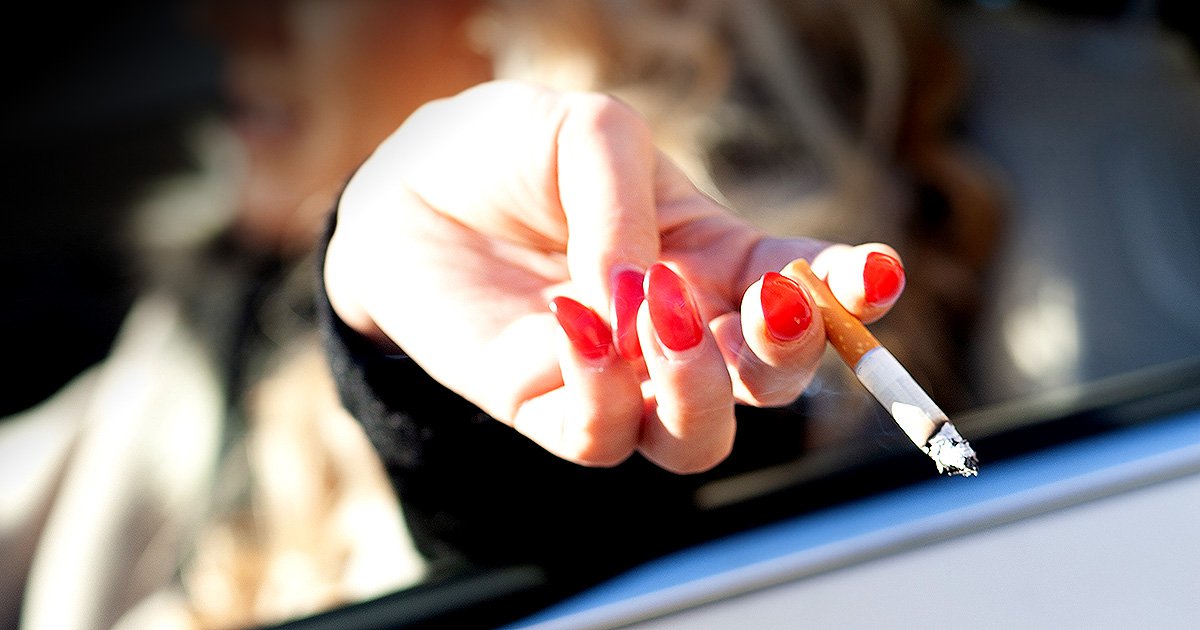 A London woman has been handed a massive £1,500 fine after a cigarette was chucked from her car window.

It comes as authorities across the country clamp down on so-called ‘grime crime’.

Barking and Dagenham Council took action after a driver was spotted dropping a cigarette from the window of Maurine Bateesa’s Nissan Duke.

The action counts as a littering offence under section 87 of the Environmental Protection Act 1990.

Ms Bateesa failed to provide details of who the driver was at the time the offence was committed, leading the council to give her the hefty fine.

Councillor Syed Ghani, of Barking and Dagenham Council, said: ‘The simple fact is this person is littering. It doesn’t matter if it’s a cigarette butt or a black bag.

‘It’s a criminal act and we will not tolerate people treating our borough like a dumping ground.

‘Grime crime is something our residents have told us is a top issue for them, which is why we take a zero-tolerance approach against those we catch in the act, and why we have increased our patrols and surveillance in problem areas.

‘This person has learned an expensive lesson and we hope it sends a message to others in our borough.’

A hearing had been held at Barkingside Magistrates Court on December 13, where Ms Bateesa failed to enter a plea.

A £66 victim surcharge was also added to her final total.

While councils in the UK take efforts to minimise waste left behind from cigarettes, authorities elsewhere have taken even more drastic steps.

In New Zealand, tobacco will never be sold to anybody born on or after January 1, 2009.

Anyone aged 14 and under won’t ever be able to legally buy cigarettes.

The world-first law, to be introduced in 2023, means the minimum age for buying cigarettes will keep increasing over time.

For example, anyone trying to buy a pack 50 years from now will need ID to show they are at least 63 years old.

BBC licence fee: How much has the fee risen in recent years?